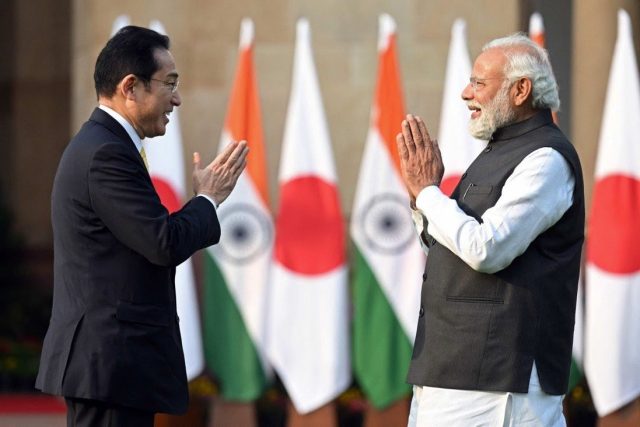 With Prime Minister Narendra Modi listening, Japanese Prime Minister Fumio Kishida Saturday called out Russia’s aggression against Ukraine, describing it as a “serious development” that has “shaken the foundation of international order”.

Modi, who held talks with Kishida at Hyderabad House in New Delhi, did not mention Ukraine directly and referred to “geopolitical developments”.

“Geopolitical developments are presenting a new set of challenges. In this context, the deepening of India-Japan partnership is not only important for the two countries, but also for the Indo-Pacific region and will encourage peace, prosperity and stability for the world,” Modi said, adding that they also exchanged views on regional and global issues.

Japan’s Prime Minister Fumio Kishida on Saturday said his country will invest $42 billion in India over the next five years in a deal that is expected to boost bilateral trade.

Kishida met his counterpart, Narendra Modi, in New Delhi during his first visit to India since taking office. The two leaders held talks ranging from the economy to security cooperation.

In a televised press statement, Kishida said the investment plan will bring huge benefits for several industries, from the development of urban infrastructure to green energy.

India says ties with Japan are key to stability in the region. The two nations, along with the United States and Australia, are members of the Indo-Pacific alliance known as “the Quad” that is countering China’s rising influence in Asia. 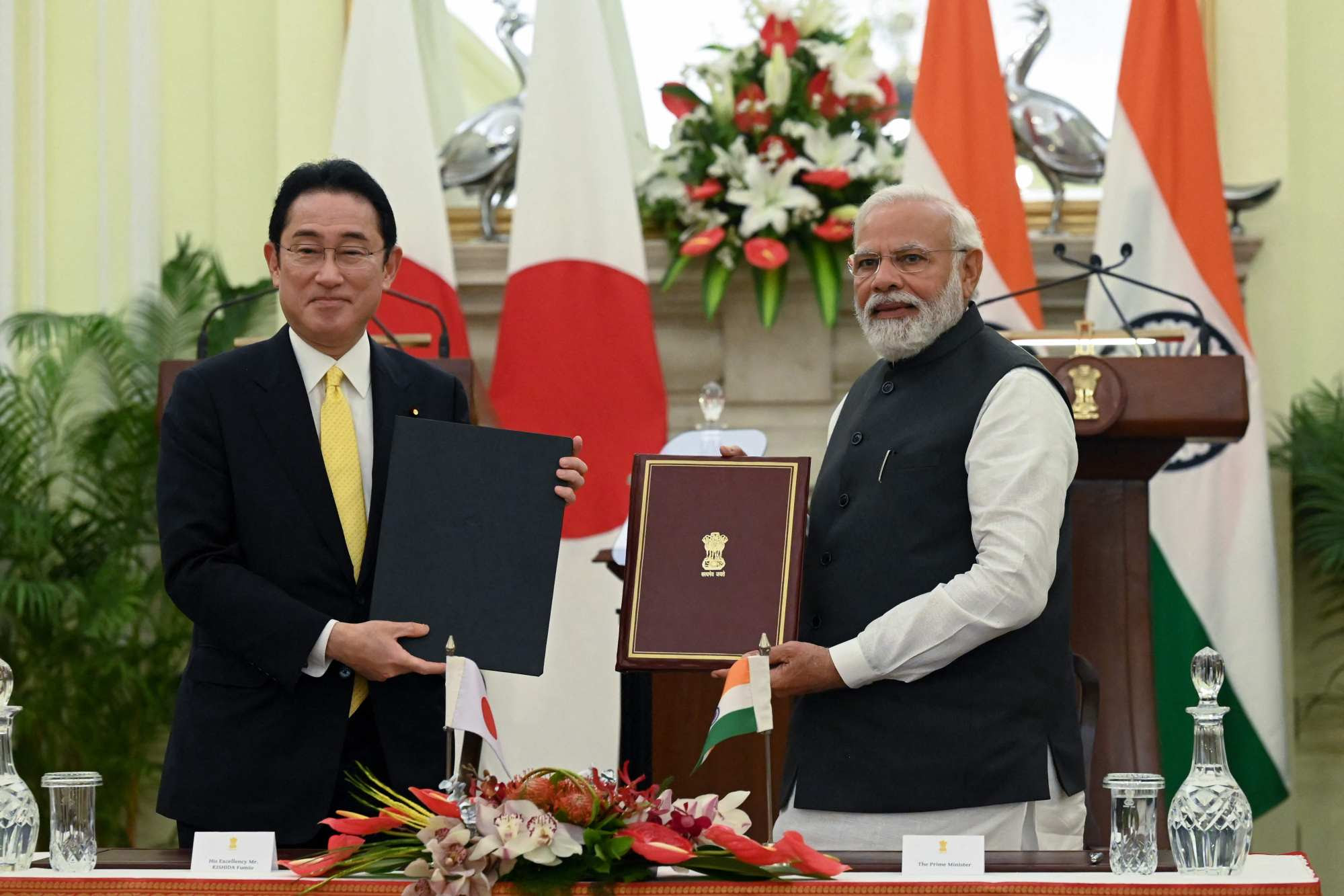 The bilateral trade between India and Japan for 2019-20 crossed US$11.87 billion, according to government data. India’s exports from Japan amounted to $3.94 billion while India’s imports from Japan stood at $7.93 billion.

In September, the Quad leaders announced Japan would work with India on a $100 million investment in Covid-19 vaccines and treatment drugs.

The Japanese investments in India touched $32 billion between 2000 and 2019, mainly in the automobile, electrical equipment, telecommunications, chemical, insurance and pharmaceutical sectors. Japan has also been supporting infrastructure development in India, including a high-speed rail project.

Kishida also urged Modi to take a tougher line on Russia’s invasion of Ukraine, but a joint statement after the talks fell short of condemning Moscow’s actions.

Unlike fellow members of the Quad alliance – Japan, Australia and the United States – India has abstained in UN votes deploring Russia’s actions, calling only for a halt to the violence while still buying Russian oil.

Kishida told a joint news conference that he and Modi held an “in-depth discussion” and that “Russia’s invasion … shakes the very foundations of the international order and must be dealt with firmly.”

But Modi made no direct mention of Ukraine and their joint written statement afterwards called only “for an immediate cessation of violence and noted that there was no other choice but the path of dialogue and diplomacy for resolution of the conflict”.

India is the only Quad member that has not condemned Russia’s invasion of Ukraine. It has refrained from taking sides and abstained from voting against Russia at the UN or criticising Russian President Vladimir Putin.

“They emphasized that the contemporary global order has been built on the UN Charter, international law and respect for sovereignty and territorial integrity of states,” the joint statement said — a language similar to India’s statements at the UN where it has not named Russia but has flagged issues of concern.
“They underscored the importance of safety and security of nuclear facilities in Ukraine and acknowledged active efforts of the IAEA towards it,” the joint statement said.