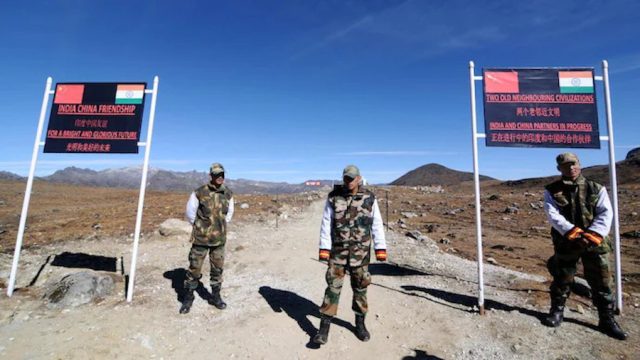 Defence Minister Rajnath Singh on Tuesday said that timely intervention by the Indian Army stopped the Chinese PLA troops from encroaching on the country’s territory during the December 9 face-off at Arunachal Pradesh’s Tawang sector.
Speaking in the Lok Sabha today, the Defence Minister said that the Indian Army bravely stopped the Chinese People Liberation Army (PLA) PLA troops from encroaching on Indian territory, and forced them to withdraw to their posts.
“On December 9, 2022 in the Yangtse area of Tawang sector, PLA troops encroached upon and attempted to change the status quo. This attempt was tackled by our troops in a determined manner.

Indian and Chinese troops suffered injuries after a clash along the Line of Actual Control in Tawang, Arunachal Pradesh last Friday, according to media reports. Around 20 soldiers from India and a much higher number on the Chinese side were injured, according to The Hindu.

“On December 09, 2022, PLA troops contacted the LAC in Tawang sector, which was contested by own troops in a firm and resolute manner. This face-off led to minor injuries to a few personnel from both sides,” the Army said in a statement, adding that both sides have disengaged from that area. The official statement from the Indian army said that commanders on both sides held a Flag meeting to discuss the events that unfolded in accordance with mechanisms to restore peace and tranquillity.

This is the first major incident of its kind after the 2020 Galwan incident where 20 Indian soldiers were killed and several others were injured following violent clashes. According to an unofficial source cited by The Hindu, a few soldiers sustained fractured limbs during the skirmishes and are currently being treated at a Guwahati hospital. Almost 600 PLA soldiers were present at the site of contention.

In October 2021, a similar incident took place when some soldiers from the Chinese side of a large patrol team were detained for a few hours by the Indian Army as the two sides engaged in a minor face-off near Yangtse. In the last few years, the Indian security department has significantly upgraded road infrastructure, bridges, tunnels, other storage facilities, and also aviation facilities. The LAC is divided into western (Ladakh), middle (Himachal Pradesh and Uttarakhand, Sikkim) and eastern (Arunachal Pradesh) sectors.

In eastern Ladakh, India and China are positioned in close proximity at multiple locations along the undefined LAC for more than two years. While several rounds of talks at diplomatic and military levels have eased the stand-off at a few points, turning the areas into no-patrolling zones, there are others where the build-up continues.

China is also preventing Indian shepherds from grazing their animals in their traditional grazing grounds all along the LAC to consolidate its claim.