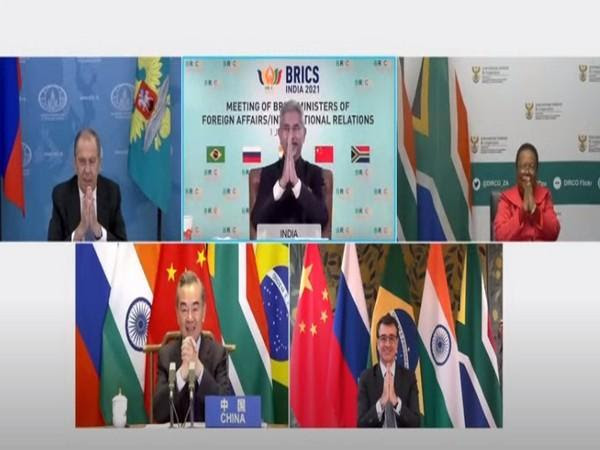 External Affairs Minister S Jaishankar on  told BRICS leaders that the grouping has come a long way as it is based on the United Nations’ charter that recognizes sovereign equality of all states and respect for their territorial integrity.

“We have come a long way from the first time our foreign ministers met in New York in 2006. But the principles that guide our grouping remain consistent over the years,” Jaishankar said in his opening remarks during BRICS foreign ministers meeting chaired by him.

“We strive for a fair, just, inclusive, equitable and representative multi-polar international system. It is one based on international law and the UN Charter, that recognizes the sovereign equality of all states and respects their territorial integrity while displaying mutual respect for interests and concerns of all. It is only by conducting our policies in accordance with these principles that we can expect to bring about the change we desire,” he added.

Foreign ministers of all BRICS countries, including Chinese Foreign Minister Wang Yi, were present when Jaishankar underlined sovereignty and territorial integrity in his opening remarks.

China and India were engaged in a bitter standoff last year in eastern Ladakh. Soldiers from both sides lost their lives in a bloody escalation in Galwan Valley.

India accused China of violating its territorial integrity. Several meetings between Chinese and Indian defence and diplomatic leadership took place after the clashes and the process of disengagement is still incomplete. However, tensions have relatively eased between the two Asian giants.

Wang Yi said that China is ready to work with BRICS countries to support India as the chair and ensure tangible outcomes in BRICS cooperation.

“I look forward to exchanging views, coordinating positions and building consensus with you on issues of shared interests to help this meeting a success. Together we will take solid steps to deeper BRICS cooperation in the political and security field,” he said.

In his remarks, Jaishankar also said that over the years BRICS has evolved its unique model of engagement that is based on consensus. “Our collective endeavour is also to ensure global decision making reflects contemporary reality. To this end, we have identified four key deliverables for our Chairship – Reform of the Multilateral System, Counter Terrorism Cooperation, Using Digital and Technological Solutions to achieve SDGs, and Enhancing People to People Cooperation.”

Russia echoed India’s remarks and supported a central role for it in the UN.

“We support the initiative by Indian minister. We need to reform multilateral system firmly built-in on international law reiterating the central role of the universal, the most inclusive United nations in the global affairs. There is an unprecdented for for the single voice of BRICS on this,” Russian Foreign Minister Sergey Lavrov said.

She said South Africa and India submitted a proposal to the WTO for a temporary waiver of certain aspects of TRIPS to facilitate wider aspects of technology needed to produce vaccines and treatment and diagnosis.

The minister said the agreement will allow intellectual property, sharing of technologies, technology transfer and production of vaccines and wider distribution.

“We must address this global gap of vaccine access,” she said.

All BRICS leaders expressed their sympathy for the loss of lives during the second wave of COVID-19 in India and assured continued support.

The Chinese Foreign Minister said, ” In these trying times China stands in solidarity with India and all BRICS countries and India will certainly overcome pandemic.