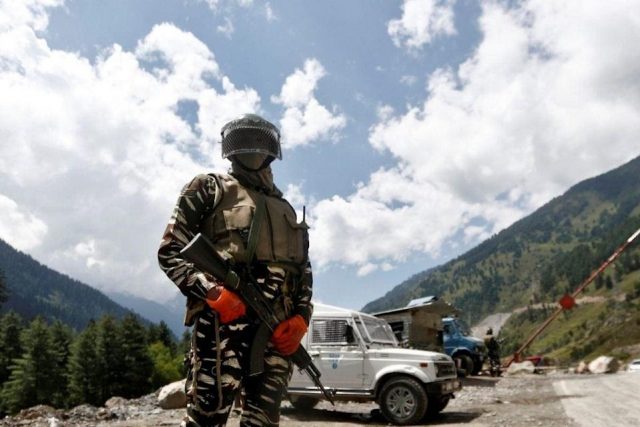 The 12th round of Corps Commander level talks between India and China will be held in Moldo on the Chinese side of the Line of Actual Control (LAC) around 10:30 am on Saturday. India and China expected to discuss disengagement from the Hot Springs and Gogra Heights areas.

India and China held a virtual meeting of the Working Mechanism for Consultation and Coordination (WMCC) on border affairs last month as part of the dialogue process to resolve the standoff.

In the meeting, the two sides agreed to hold the next round of military talks at an early date to achieve the objective of complete disengagement in the remaining friction points in eastern Ladakh. “You would recall that the 22nd meeting of the Working Mechanism for Consultation and Coordination (WMCC) on the border was held on June 25. The two sides also agreed to hold the 12th round of senior commanders meeting at an early date. We will certainly share any update once we have that,” Bagchi said. The 11th round of Corps Commander-level talks between the two sides on the border row was held on April 9. India and China were locked in a military standoff at multiple friction points in eastern Ladakh since early May last year. However, the two sides completed the withdrawal of troops and weapons from the North and South banks of Pangong lake in February following a series of military and diplomatic talks.

The two countries have been engaged in a military standoff for almost a year. However, the two sides disengaged from the most contentious Pangong Lake area last month after extensive talks at the military and political levels.

Last month, Army Chief Gen MM Naravane said that there can be no de-escalation without complete disengagement at all friction points in eastern Ladakh and that the Indian Army is prepared for all contingencies in the region. Gen Naravane also said that India is dealing with China in a “firm” and “non-escalatory” manner to ensure the sanctity of its claims in eastern Ladakh and that it was even open to initiating confidence-building measures.

China has been enhancing military infrastructure across the LAC for some time now. Looking at it, India has changed its posture towards China, and unlike its previous defensive approach that placed a premium on fending on Chinese aggression, India is now catering military options to strike back and has reoriented its forces accordingly.

India has reoriented around 50,000 troops whose main focus is on the disputed borders with China.

The reorientation comes at a time when China is refurbishing its existing air-fields in the Tibetan Plateau that will allow twin-engine fighter aircraft to be stationed, sources said.

In addition, China has also also brought troops from the Tibet military region to the Xinjiang region.