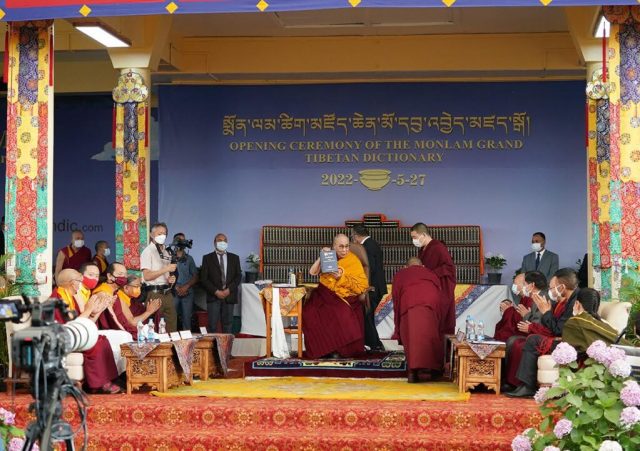 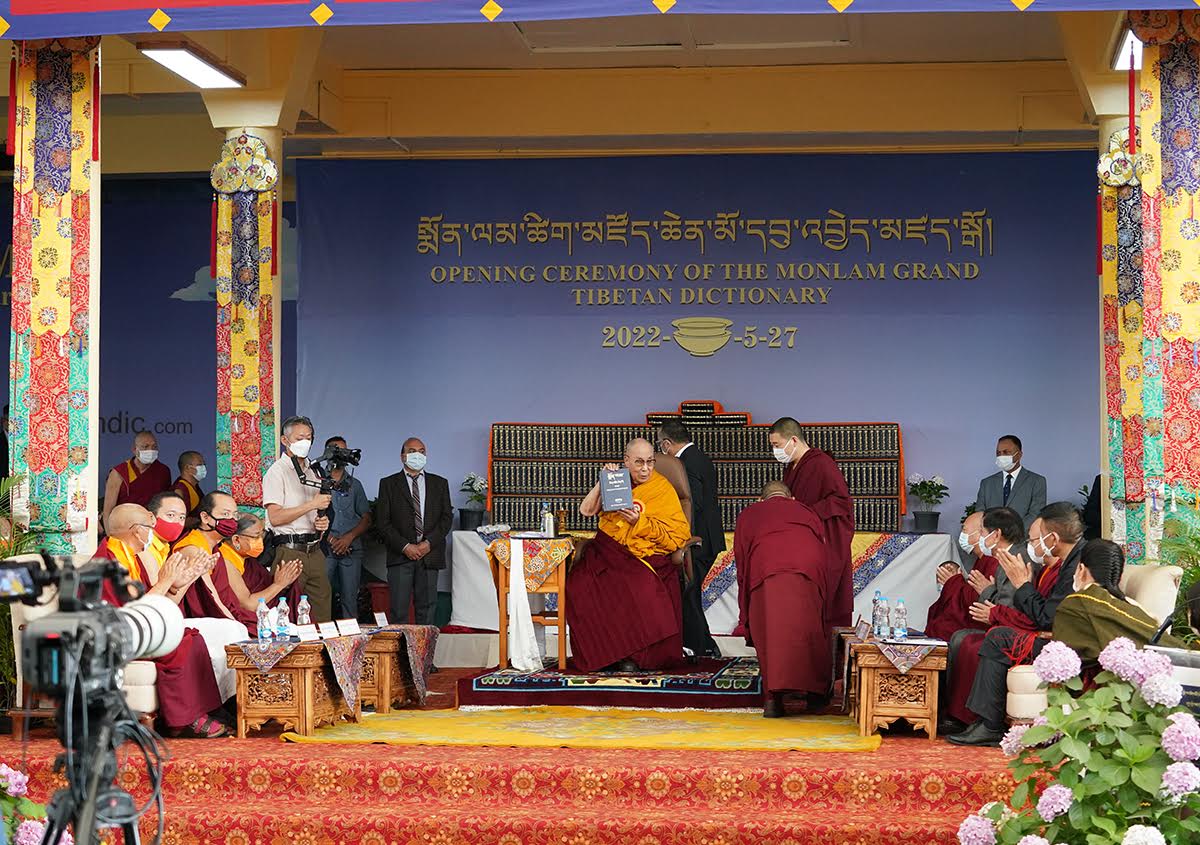 Following the inauguration of the dictionary by His Holiness the Dalai Lama, the founder and director of Monlam Tibetan IT Research Center, Geshe Lobsang Monlam, gave a brief introduction on the formation of the Center, highlighting the contributions of around two hundred scholars from both inside and outside of Tibet for the materialisation of the dictionary.

His Holiness the Sakya Gongma Trichen Rinpoche handed over certificates to the dictionary editors following His Holiness the Dalai Lama’s speech at the ceremony. Consequently, the other special guests addressed the gathering one after another. 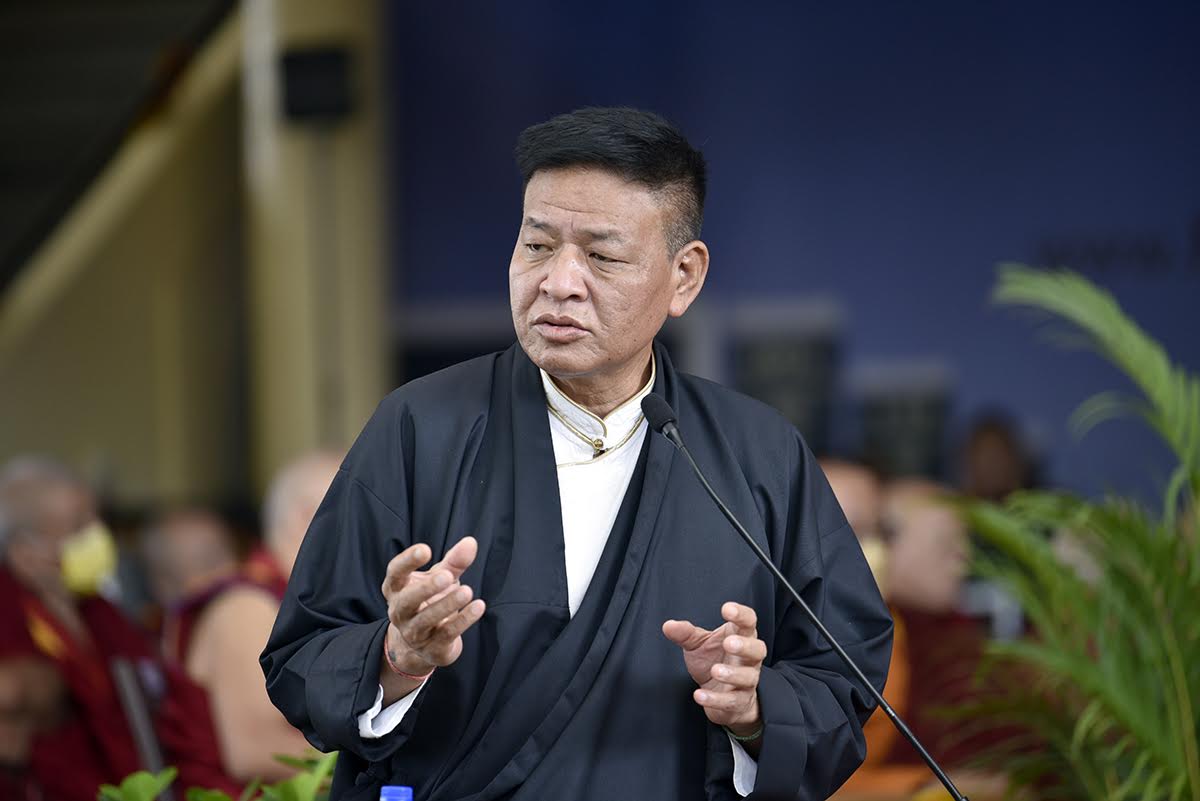 In his address, Sikyong Penpa Tsering of the Central Tibetan Administration applauded every staff and contributors to the dictionary, which he described as “the most extensive volumed dictionary in the world”. He said, “the idea behind the creation of such projects originated from the constant advice and guidance from His Holiness the Dalai Lama in general” and “particularly, the formation of Monlam Center and its products was initially tabled by Geshe Monlam and his team under the direction of former Kalon Tripa Professor Samdhong Rinpoche and other revered high lamas of all schools of Tibetan Buddhism and Yungdrung Bon.” He further underscored the Tibetan lamas’ guidance and facilitation for successful collaboration of the Monlam Tibetan IT Research Center despite containing 35 sub-sections under it. At the same time, Sikyong lauded Geshe Monlam and his team for their dedicated efforts over several years in producing this voluminous dictionary.

Given the easy accessibility of digitised copies, Sikyong remarked that soft copy would benefit in preservation of Tibetan language while urging for maximum utilisation of dictionary to the audience. Sikyong further appealed to Tibetans to put efforts into preserving and promoting Tibetan language, especially given China’s imposition of severe restrictions on learning Tibetan language in Tibet.

Before concluding his speech, Sikyong emphasised standardisation of Tibetan terms under a single central authority for benefits in the distant future, assuring provisions of necessity support from the Central Tibetan Administration and hailed the inaugural ceremony as historic. 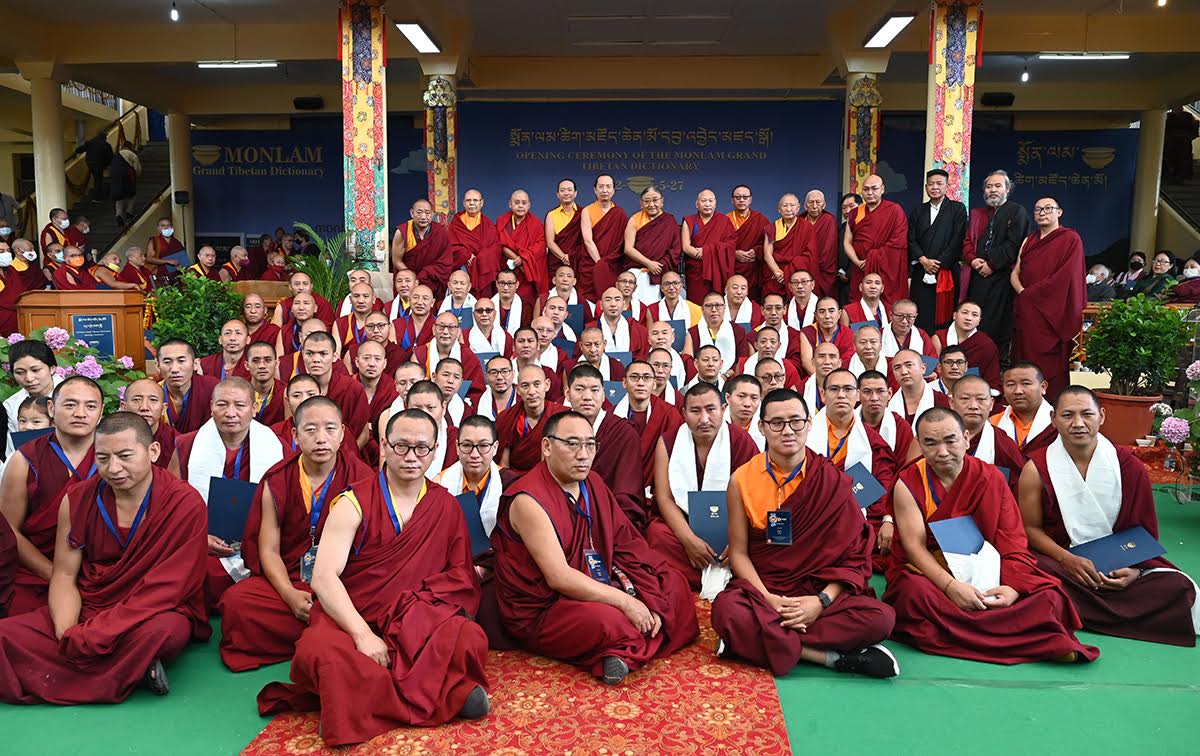 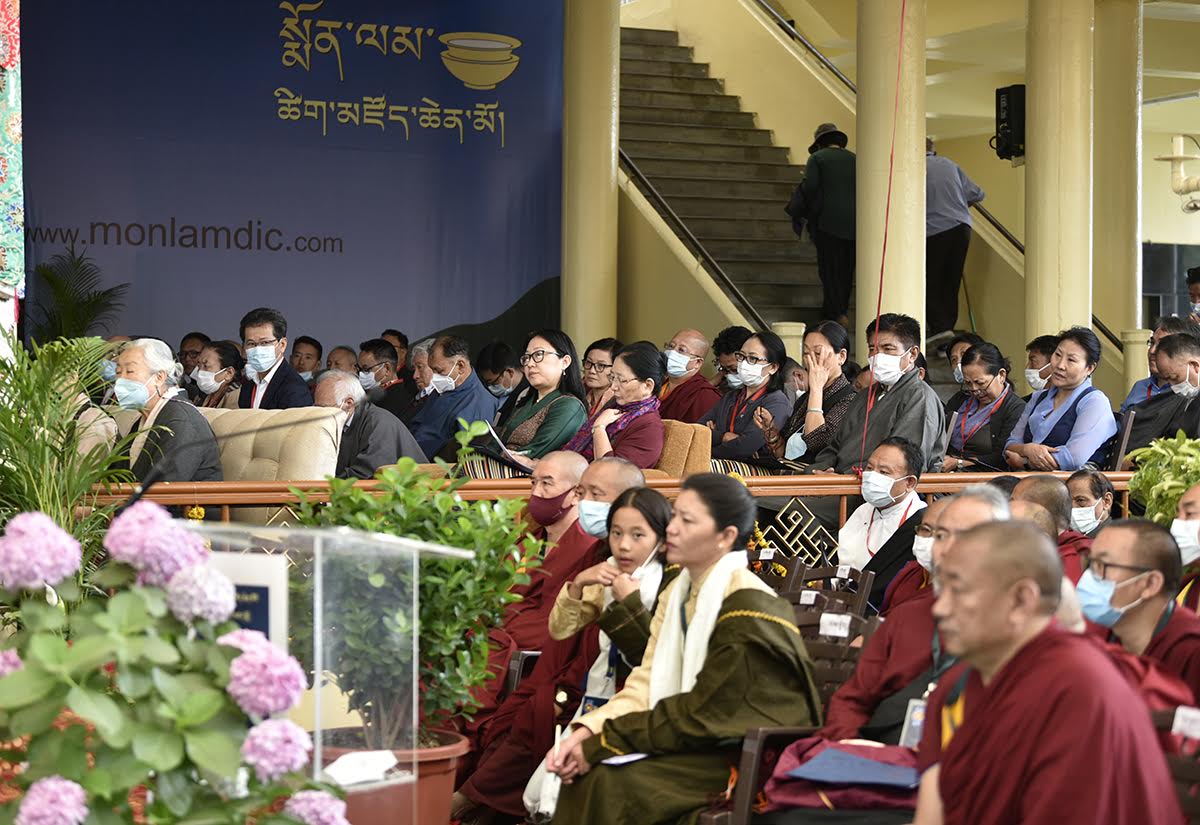 Kalon Changra Tharlam Dolma of Department of Education, Kalon Norzin Dolma of Department of Information and International Relations sitting along with secretaries of Central Tibetan Administration and members of 17th Tibetan Parliament in Exile at the grand opening of Monlam Tibetan Dictionary at the courtyard of Tsuglakhang in Dharamshala on 27 May 2022. Photo / Tenzin Phende / DIIR