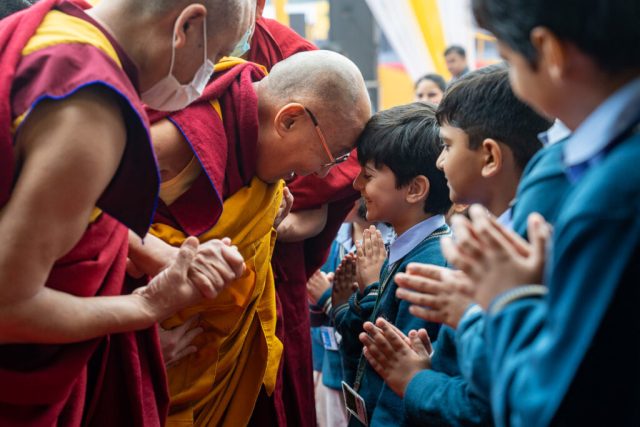 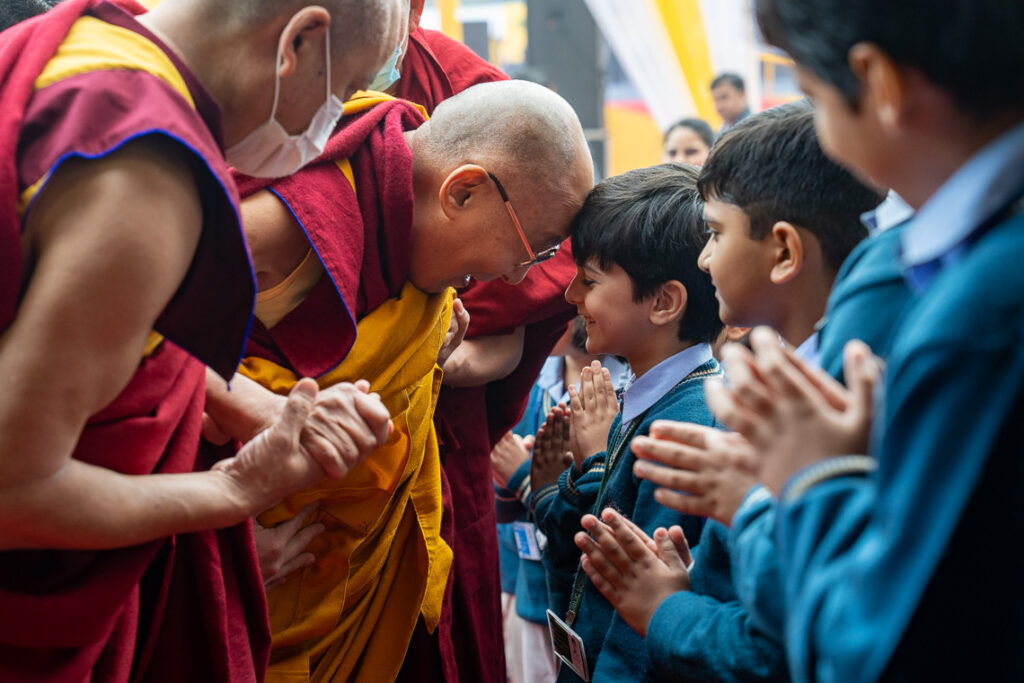 His Holiness the Dalai Lama greeting students upon his arrival at Salwan Public School in Gurugram, Haryana on 21 December 2022. Photo credit: Tenzin Choejor/OHHDL.

“Serious thought must be given to creating a real peaceful world. The brilliance of the human brain is focused on creating only material development and weapons, which is essentially an outdated idea. Violence and Peace are products of one’s choice. Our way of life should be directed toward basic human nature compassion,” said His Holiness the Dalai Lama earlier today at an event organised by Salwan Education Trust.

His Holiness was invited as the Chief Guest for an interactive session with around 5000 students under the aegis of Salwan Education Trust in Gurugram, Haryana. His Holiness had previously visited this school in 2017.

Speaking on educating heart and mind, His Holiness said that bringing an effective change was necessary for modern education and that the change he implored must be inspired by the ancient Indian knowledge of ‘ahimsa’ and ‘karuna’. Stressing the relevance of traditional Indian knowledge, His Holiness added, ” ancient Indian education is fundamentally focused on the education of the mind and inner values whereas the modern/western education mainly focuses on the propagation of material or external values”.

However, he lamented that the brilliance of humanity today is directed toward aggression and violence, resulting in the death of many because of egocentric thinking of ‘my family’ and ‘my country’. He emphasised the need to expand the concerns to 8 billion people worldwide, adding it would generate a peaceful and harmonious world for everyone. Once again, in this regard, His Holiness advocated imbibing ancient wisdom of the Nalanda tradition in educating the mind, particularly urging the millennials to pay more attention.

“I promote and respect different religions and their philosophies; however, on a deeper level, I highly recommend India’s spiritual knowledge that can reach the most subtle level of consciousness,” said His Holiness while lauding India’s traditional knowledge for its rich understanding of the workings of the mind. He reaffirmed his commitment to reviving this knowledge and encouraged the people of India, especially the younger generation, to promote the same.

Before concluding the session, His Holiness answered some questions asked by the students. One of the questions he was asked was about connecting the younger generation from materialism to spirituality. His Holiness calmly answered ‘complete consciousness of inner peace’ was the key solution. He further mentioned that practising karuna was the mantra behind his smile and calmness.

This is His Holiness’s first visit to Delhi after the Covid breakout. Thousands, including trustees, members, faculty and students of the Salwan School fraternity, have gathered to receive blessing and listen to His Holiness’s anecdotes for educating heart and mind. The school trustees Harpal Singh and Justice Pradeep Nandrajog felicitated His Holiness by presenting a prayer wheel and a conch shell.

Tomorrow, His Holiness will leave for a three-day teaching in Bodhgaya from 29-31 December 2022. 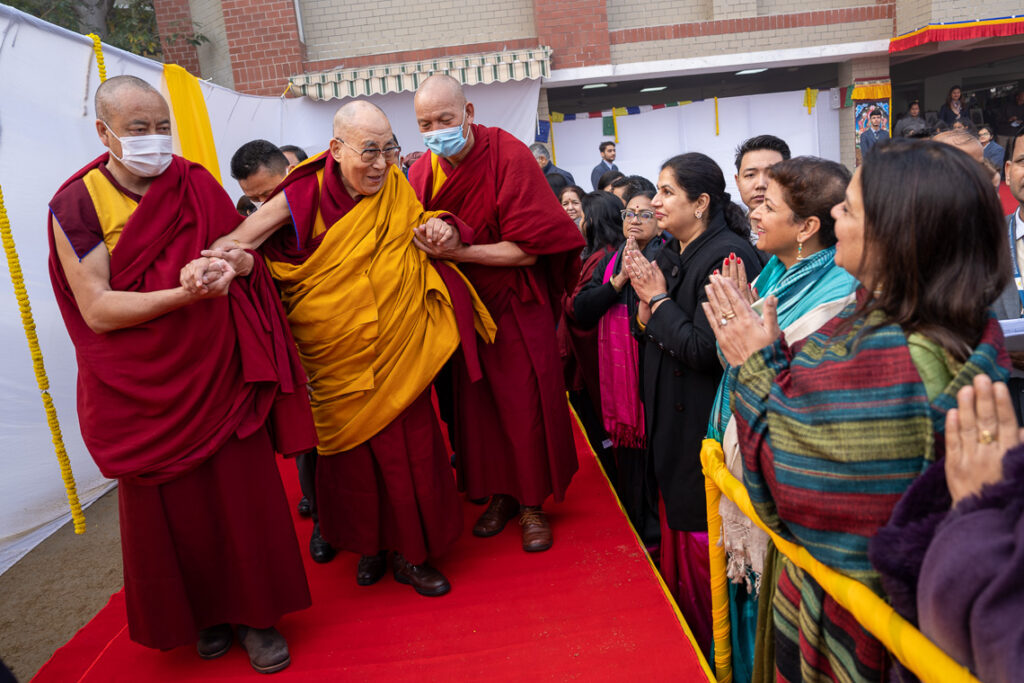 His Holiness the Dalai Lama greeting the gathering. Photo/Tenzin Choejor/OHHDL. 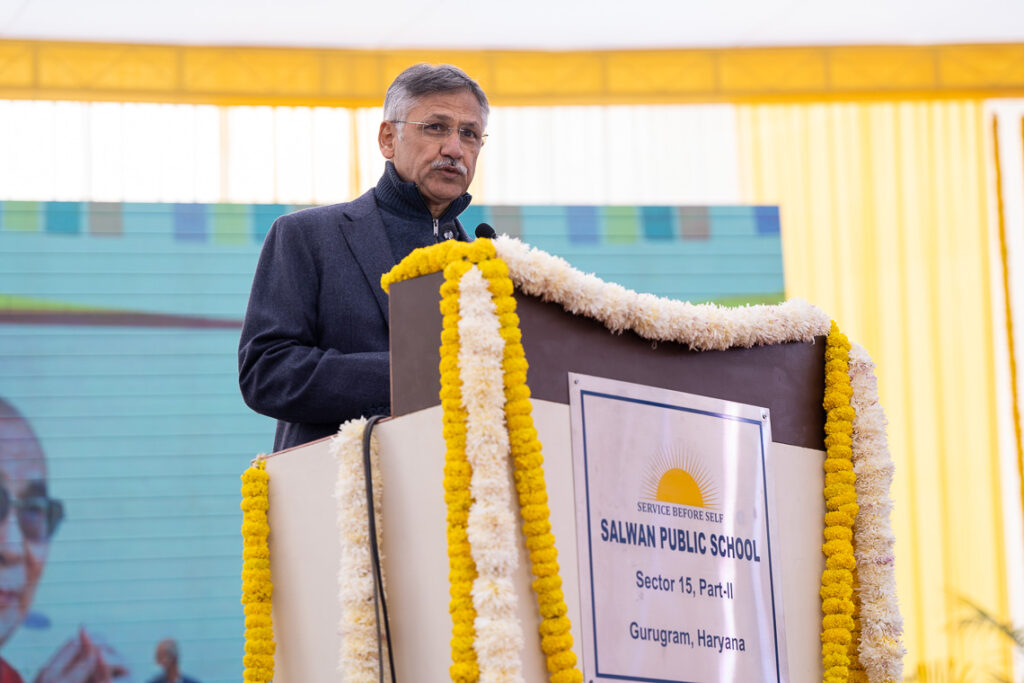 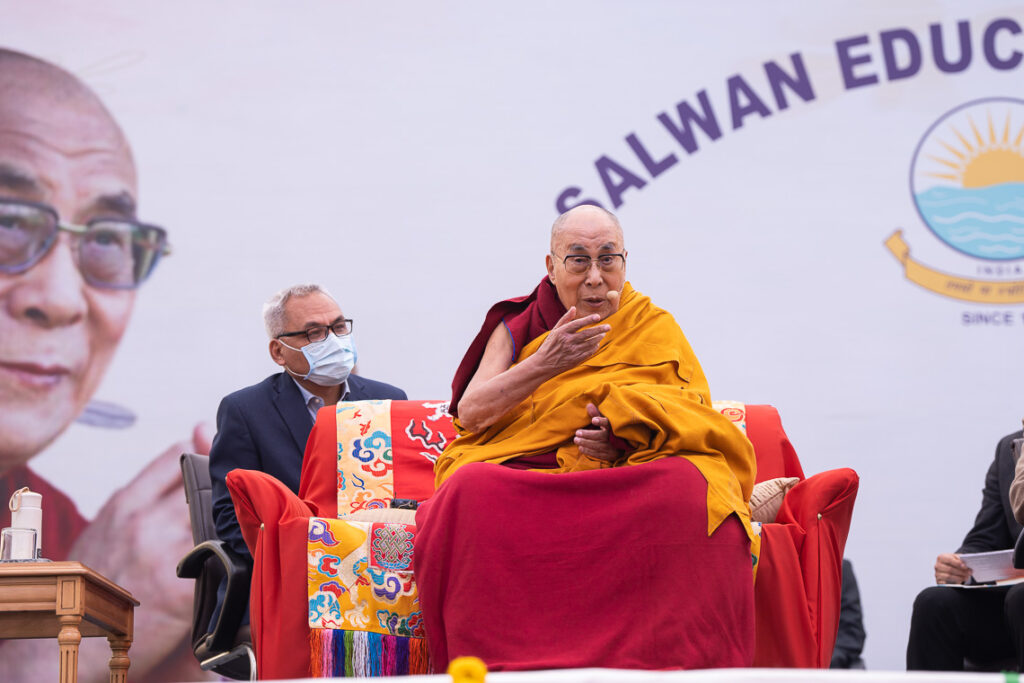 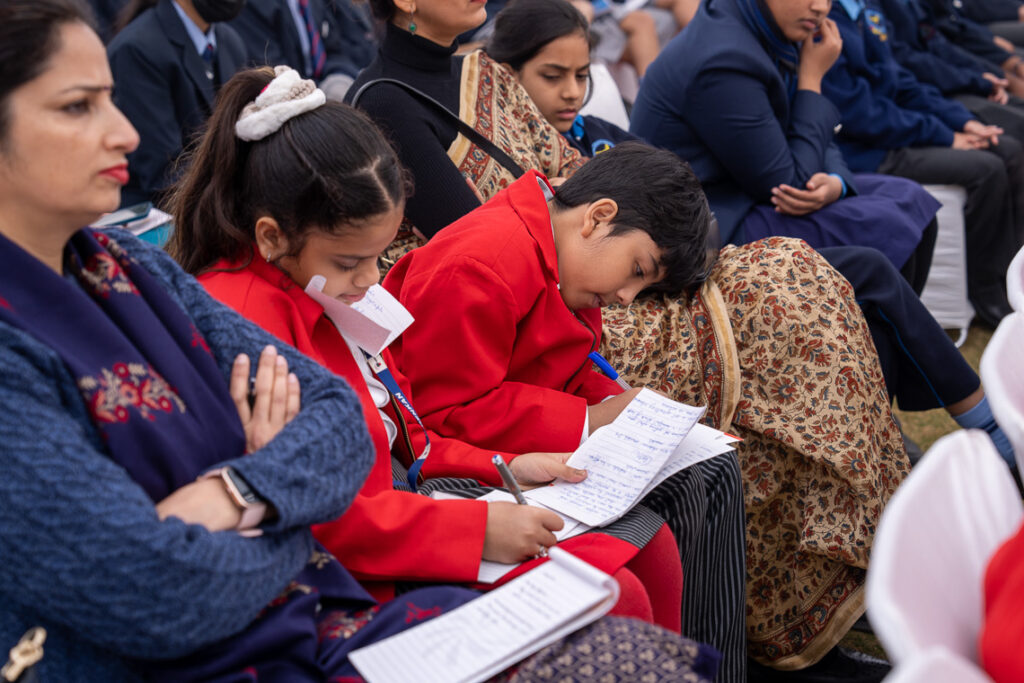 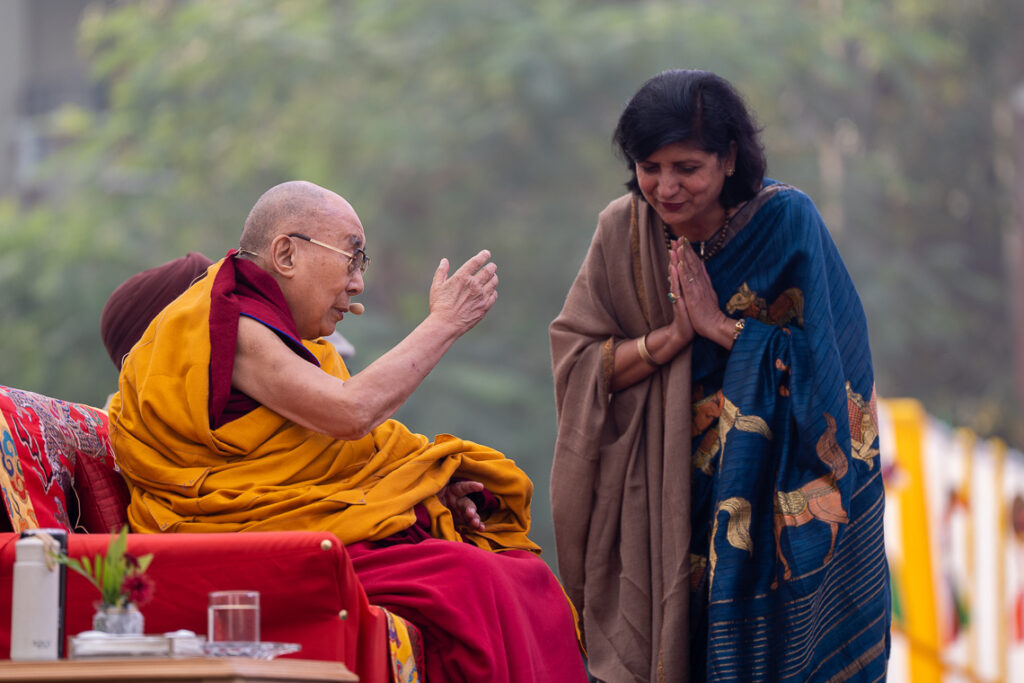 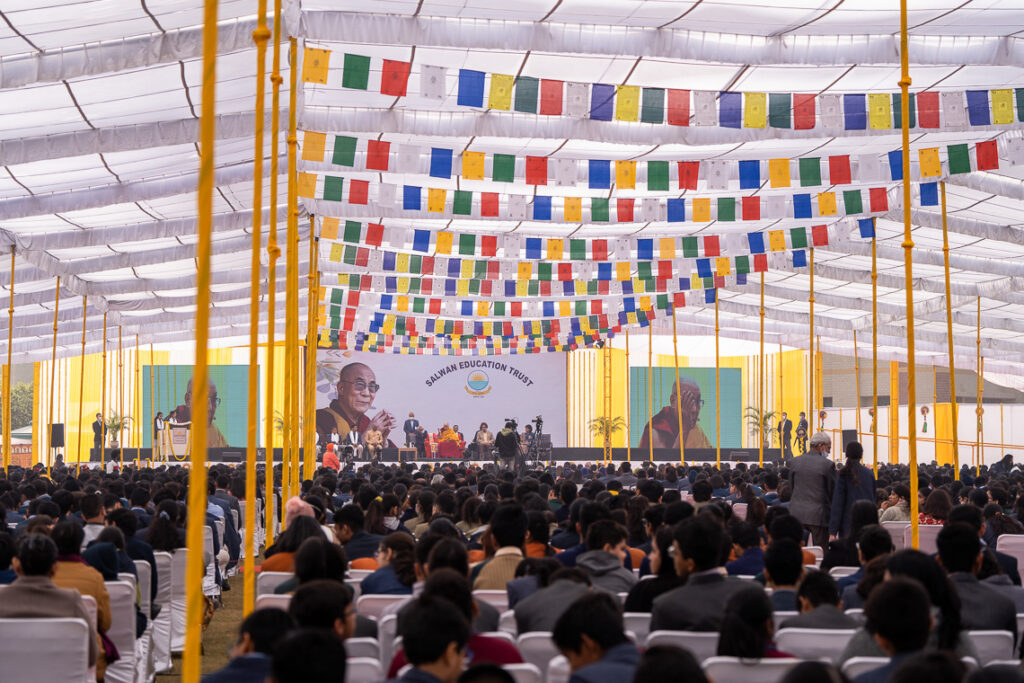