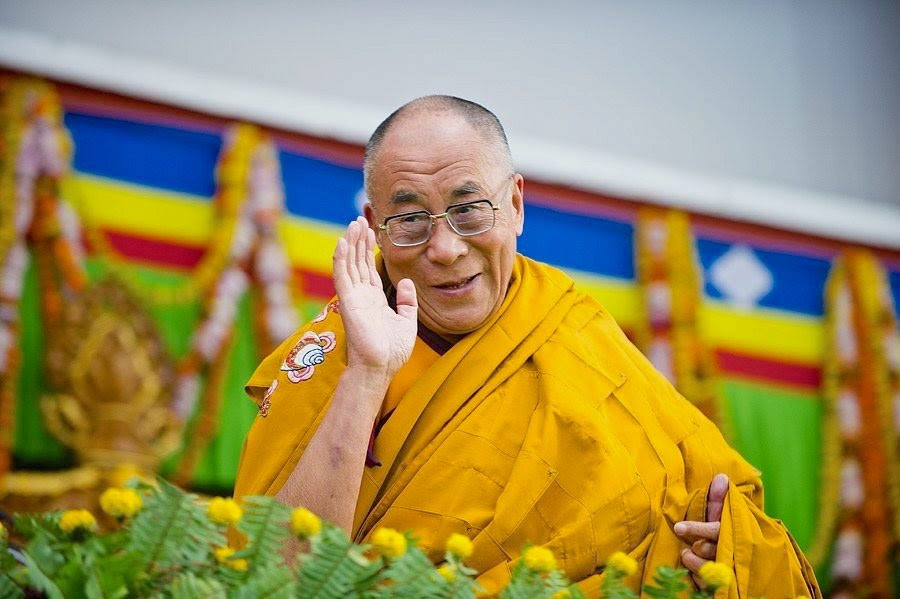 The 14th Dalai Lama  known as Tenzin Gyatso; born Lhamo Dhondup, 6 July 1935) is the current Dalai Lama, the highest spiritual leader of Tibet, and considered a living buddha. The Dalai Lamas are also leaders of the Gelug school, which is the newest school of Tibetan Buddhism  and was formally headed by the Ganden Tripas. From the time of the 5th Dalai Lama to 1959, the central government of Tibet, the Ganden Phodrang, invested the position of Dalai Lama with temporal duties.

This year’s Gaden Ngamchoe [Tib: དགའ་ལྡན་ལྔ་མཆོད་] celebration brought tears of joy to Tibetans across the world as their beloved spiritual leader affirmed once again to live over 113 years.

This reaffirmation by His Holiness the Dalai Lama is indeed the long-cherished aspiration of six million Tibetans, and it’s these words of reassurance that made today’s anniversary of Lama Tsongkhapa’s parinirvana all the more auspicious and ceremonious.

Assuring his devout followers inside Tibet and around the world of his long life, His Holiness the Dalai Lama said in the video message that he would certainly live over 113 years as many divinations have carried the same foretell.

He said there have also been divination by Getse Pandita, who lived during the 7th Dalai Lama Kalsang Gyatso (1708–1757), had foretold that the 14th Dalai Lama would live for 113 years. Late Kathok Getse Rinpoche had confirmed the same with His Holiness.

“It is due to the unwavering faith, trust and devotion that millions of Tibetans inside Tibet have vested in me that I sincerely hope and pray to live as long as I could,” said His Holiness.

“In the past decades, I have been able to significantly contribute to the flourishing of Tibetan culture and Buddhism and it is my wish to live long enough to continue to fulfill the hopes of the six million Tibetans.”

Just like a parent with unconditional love and compassion would pacify its children, over the years His Holiness the Dalai Lama has repeatedly told his Tibetan followers, who had grown concerned over his aging health, to be at ease for he would be amidst them for a much longer time.

Many were moved to tears of joy and gratitude as they watched and shared today’s video message with family and friends, united in the joy, peace and hope that Tibetans collectively feel in the well-being of their supreme leader, His Holiness the 14th Dalai Lama.

During the 1959 Tibetan uprising, the Dalai Lama escaped to India, where he currently lives in exile while remaining the most important spiritual leader of Tibet. The Dalai Lama advocates for the welfare of Tibetans while continuing to call for the Middle Way Approach to negotiations with China for the autonomy of Tibet and the protection of Tibetan culture, including for the religious rights of Tibetans.

The Dalai Lama is a recipient of the Nobel Peace Prize awarded in 1989, and the US Congressional Gold Medal in 2006. Time magazine named the Dalai Lama one of the “Children of Mahatma Gandhi” and Gandhi’s spiritual heir to nonviolence.