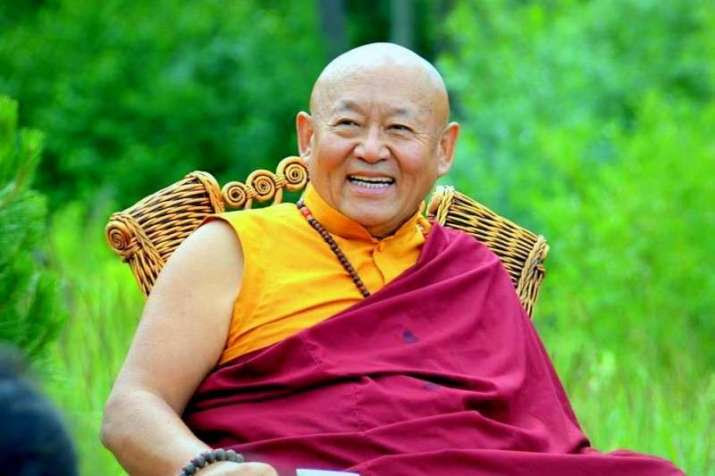 His Holiness the Drikung Kyabgon Chetsang. From grikopic.pw

Earth’s climate is now changing faster than at any point in the history of modern civilization, primarily as a result of human activities. Global climate change has already resulted in a wide range of impacts across every region of the country and many sectors of the economy that are expected to grow in the coming decades.

Two NGOs have launched “Green Himalayas,” a sustainability project based in Phobrang, Ladakh. According to The Times of India, the project’s aim is to prepare the Union Territory’s unique environment and communities for the challenges of climate change through multiple adaptation measures, along with “rejuvenating fragile ecosystems by creating a green cover in the Himalayan foothills and create a model site” at Phrobrang. (The Times of India)

The site covers 250 acres and will be developed according to principles of sustainable employment for the local communities, particularly youth and women. The target is to build a site sustained by renewable energy and then replicate the sustainable model across the Himalayas. A key component of the initiative is the Trillion Tree Campaign (previously the Billion Tree Campaign until 2017), which has been supported by Buddhist leaders across Himalayan regions as diverse as India, Nepal, and Bhutan. 25,000 trees have already been planted in Phobrang with the help of local communities, with the ultimate aim being for the trees to span the entirety of the Himalayan foothills, from Ladakh to Arunachal Pradesh. (The Times of India)

The new initiative comes on the heels of an urgent dossier by the UN’s Intergovernmental Panel on Climate Change (IPCC), which was published on 25 September. Running 1,200 pages, the IPCC Special Report On The Ocean And Cryosphere In A Changing Climate (SROCC) warned of a future unrecognizable to our present generations—“a world of multi-meter sea-level rise, vanished Himalayan glaciers, a Greenland denuded of permafrost and the collapse of the Antarctic ice sheet. It was a world of dead zones in the oceans, of category 5 cyclones hitting multiple times a year, and coastal cities and populations devastated by extreme weather events.” (Mint) Ice stupas in Ladakh. From climatechangenews.com

Green Himalayas has the backing of the 37th throne holder of the Drikung Kagyu Order, His Holiness the Drikung Kyabgon Chetsang, who is also the founder of one of the steering NGOs of the project, Go Green Go Organic (which is itself focused on environmental education initiatives and encouraging organic practices throughout Ladakh). The other leading NGO is Golden mile Learning, which implements digital and online learning throughout impoverished and underprivileged regions of India. Rajesh Patel, the founder of Golden mile Learning and CEO of software company Powerweave, said of the initiative: “The Green Himalayas project aims to create an antidote to global catastrophe with local action and help build strong and confident local communities.” (The Times of India) Jamyang Tsering Namgyal, a member of the BJP, said at the inauguration: “All 257 villages in Ladakh depend on glacier-fed water resources unlike rain-fed resources in other parts of the country. The glaciers are, however, melting rapidly. So there is a big question before us as to whether Ladakh will survive after 20-30 years in such a situation. It’s a serious concern and I think such initiatives will provide a solution to preserve the fragile ecosystem of the region and increase means of sustainable livelihood for the people.” (The Times of India)

Ladakh itself is a major flashpoint of the climate crisis, with several sustainable ecology initiatives already run by diverse NGOs, among them Go Green Go Organic and Golden mile Learning. A gradual surge in summer rainfall from melting ice is threatening Ladakhi homes, which are made of stones, mud, and wood. Traditional farming practices in the mountainous region are also being disrupted. Ladakh is also feeling pressure from increased tourism, which has led to rising water consumption and water shortages. (Mongabay)

Impacts related to climate change are evident across regions and in many sectors important to society—such as human health, agriculture and food security, water supply, transportation, energy, ecosystems, and others—and are expected to become increasingly disruptive in the coming decades.