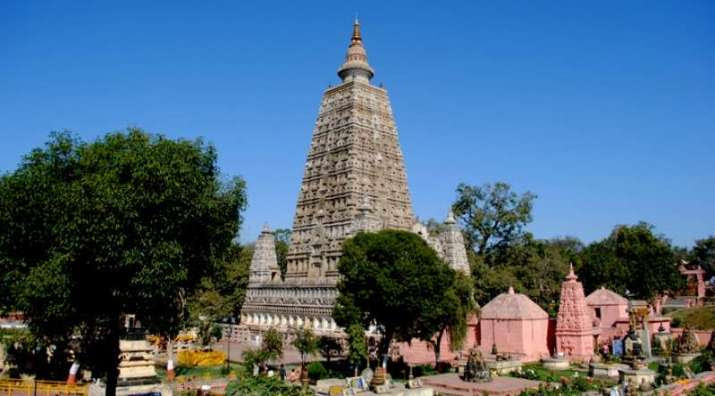 The Mahabodhi Temple in Bodh Gaya, India. From dailynews.lk
Sri Lanka has reportedly announced the closure of schools across the country to in an effort to curb the spread of the novel coronavirus, which has been characterised as a ‘pandemic’ by the WHO.

The Sri Lankan education ministry on Thursday announced that all schools will remain shut till 20 April,

The Sri Lankan government this week suspended Buddhist pilgrimages to religious sites in India. The official statement came on Monday amid growing concerns about the spread of COVID-19, but before the nation had recorded its first confirmed case of the disease in a Sri Lankan national earlier today.

The Ministry of Buddha Sasana, Cultural, and Religious Affairs announced that religious tours to India—known as “Dambadiva Vandana”—would be suspended immediately, citing health risks. “A majority who go on these trips are elderly people who would be vulnerable to the threat from Coronavirus,” said Dr. Anil Jasinghe, director general of Sri Lanka’s Department of Health Services. (Financial Express) Before this week, there had only been one confirmed case of COVID-19 in Sri Lanka. A 44-year-old Chinese woman from Hubei Province was confirmed to have the disease on 27 January. She had arrived in Sri Lanka as a tourist and was released from hospital in Sri Lanka on 19 February.

Wednesday’s confirmed case involves a 52-year-old Sri Lankan tour guide, who had been leading a group of Italian tourists. The man has been moved to an isolation ward in the Infectious Diseases Hospital in North Colombo. The authorities are gathering information about the full travel itinerary of the Italian tour group.

Sri Lanka has taken stringent measures to prevent the outbreak of COVID-19, including requested home-quarantine of 14 days for all travelers returning from abroad and mandatory quarantine for those returning from the heavily hit nations of Iran, Italy, and South Korea. In January, Sri Lanka’s Department of Immigration and Emigration took measures to restrict all construction workers with Chinese resident visas to their workplaces and lodgings. Situation report for 10 March from the World Health Organization. From who.int

As of this writing, 119,378 confirmed cases of the coronavirus and 4,300 deaths have been recorded, while 66,583 people have recovered from the disease. The majority of deaths so far occurred in mainland China, where the province of Hubei and city of Wuhan have been hardest hit. Following strict measures beginning in late January, cases there began to level out and as of early March, the majority of new cases and deaths have occurred outside of China, primarily in Iran, Italy, and South Korea.

Tourism between India and Sri Lanka represents important economic and political connections. In 2017, according to data from the Observer Research Foundation, Sri Lanka was the seventh ranking country for tourists arriving in India, with 303,590 visitors in the year.