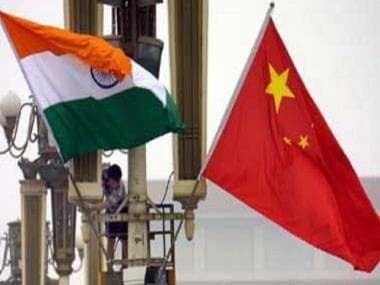 The sixth round of talks between the central government and the protesting farmers took place on Wednesday with the government agreeing on two of the four issues which caused the famers to block border points in Delhi and surrounding areas since November 26. The Centre agreed to spare heavy fines for stubble burning and continue the current mechanism of providing subsidised power for agricultural use. However, the two sides remained deadlock on the removal of the three controversial farm reforms and legal guarantee for the Minimum Support Price (MSP) policy. This round of negotiations was held between three Union ministers and 41-member representative group of the protesting farmers.

Union agriculture minister Narendra Singh Tomar said that the meeting was held in cordial atmosphere adding that discussions would continue on the remaining two issues on January 4. “Discussions on the three farm laws and MSP are continuing and will continue in the next round of talks on January 4,” Tomar said. The minister also urged the farmer groups to send back the women, children and the elderly back to their homes due to the harsh weather conditions in the national capital.

With pizza stalls, masseurs and bonhomie, the protests here and at the Singhu border have the air of a town fair.

This is India’s new proletariat. Fattened on power subsidies and minimum support price at the Indian taxpayers’ expense, they do not care whether they are causing the nation heavy loss and inconvenience.

As the farmers’ protest lingers, one wonders whether there is a bigger game and deeper planning at play to weaken India.

Protesting farm unions have said they will write to British lawmakers and Prime Minister Boris Johnson not to travel to India to take part in Republic Day celebrations next month until the Modi government scraps three pieces of legislation they say will hurt their livelihoods.

Where is the money coming from?

Who gains the most from blocking laws that can revolutionise the Indian agricultural economy?

Who has recently received a military jolt while trying to bully its way into grabbing territory along a disputed border?

Who had to swallow its pride and halt its progress?

Who is on the receiving end of a massive diplomatic backlash worldwide over its role in being the originator and spreader of COVID-19?

And so, who is most likely to try dirty, covert means to attack India’s progress?

The questions point only in one direction: A Communist dictatorship run by a man of almost delusional ambition.

In 1959, when Prime Minister Jawaharlal Nehru admitted to illegal actions by Chinese forces in the Northeast Frontier Agency (NEFA) and Ladakh, the Communist Party of India stayed quiet, as if it were not important at all. During its Calcutta summit, it released a statement effectively disputing India’s territorial claims along the McMahon line.

Comrade VS Achutanandan was censured in 1962 for arguing in favour of donating blood for the jawans and contributing money from the sale of prison rations saved by inmates to the defence fund.

During the 2017 Doklam standoff, the CPM blamed India for increasing “the profile of the Dalai Lama and the so-called Tibetan provisional government. The visit of the Dalai Lama accompanied by a union minister to Arunachal Pradesh and the recent unfurling of the Tibetan flag of the provisional government in Ladakh are serious irritants for China,” its statement said.

After the clash between Indian and Chinese soldiers in Galwan, the CPM politburo released a statement calling it “unfortunate”, without even naming China.

The Congress itself has quite a record with China.

Rahul Gandhi wanted to pass the very same farm laws. It was in the Congress 2019 election manifesto. Now, the party is misleading farmers and fomenting chaos.

Is there a deeper agenda?

Gandhi insinuated that the Chinese had robbed Indian land, insulting the government and the forces in the time of conflict. On 3 July, 2020, he tweeted a video where people were claiming that China had taken our land, implying that the Indian forces were lying. Turns out the man in the video was actually a Congress worker and former councillor.

Rajiv Gandhi Foundation (run by Sonia and Rahul Gandhi) took money from China between 2005 and 2009. Congress-led UPA government allowed the trade deficit with China to balloon 33-fold, increasing it from an almost negligible $1.1 billion in 2003-04 to $36.2 billion in 2013-14.

In 2008, the Congress and the Communist Party of China (CCP) signed an undisclosed MoU. Around then, Sonia Gandhi-led Rajiv Gandhi Foundation accepted Chinese money.

Rajiv Gandhi Foundation has also been found to have donated to the China Association for Internationally Friendly Contact (CAIFC). The US Congress has called the CAIFC a “suspicious extension” of Chinese military involved in espionage activities.

These farmer protests have been the launchpad for an attack on Mukesh Ambani’s Reliance, an Indian giant standing in the way of China’s 5G plan to wire the world. China’s plan is to python-wrap the world with the Belt and Road Initiative and 5G networks. However, lately, nations have almost unanimously kept Chinese companies away from setting up 5G networks.

It is significant than that in the last few days, protestors vandalised and destroyed more than 1,500 mobile of Reliance Jio in Congress-ruled Punjab. Jio is set to be the biggest 5G player in India.

The protesters have demanded the release of Naxals and jihadis in jail for anti-India activities. Punjab railway lines were blocked, cutting off supplies to the critical Jammu, Kashmir and Ladakh among other routes. The exchequer has already lost more than Rs 30,000 crore.

Rajasthan chief minister Ashok Gehlot targeted the Centre for not resolving the issues of farmers by saying that farmers were forced to welcome New Year out on the roads. “It is sad that our farmer brothers and sisters, who are protesting would welcome New Year out on roads and away from homes. A sensitive, responsive govt would never let this happen,” Gehlot tweeted.