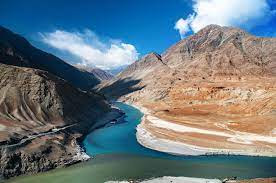 India and China are likely to hold another round of diplomatic talks this week on eastern Ladakh with a focus on moving forward in disengagement of troops in the remaining friction points, people familiar with the development said on Tuesday.

They said the talks under the framework of Working Mechanism for Consultation and Coordination on India-China Border Affairs (WMCC) are expected to focus on broad principles to bring down tensions between the militaries of the two countries in eastern Ladakh.

Ladakh is bordered by the Tibet Autonomous Region to the east, the Indian state of Himachal Pradesh to the south, both the Indian-administered union territory of Jammu and Kashmir and the Pakistan-administered Gilgit-Baltistan to the west, and the southwest corner of Xinjiang across the Karakoram Pass in the far north. It extends from the Siachen Glacier in the Karakoram range to the north to the main Great Himalayas to the south.The eastern end, consisting of the uninhabited Aksai Chin plains, is claimed by the Indian Government as part of Ladakh, and has been under Chinese control since 1962.

The talks may take place on June 24, said one of the people cited above.

The last round of WMCC talks took place on March 12.

It is learnt that another round of Corps Commander-level talks will be held following the diplomatic dialogue.

India and China were locked in a military standoff at multiple friction points in eastern Ladakh since early May last year. However, the two sides completed the withdrawal of troops and weapons from the North and South banks of Pangong lake in February following a series of military and diplomatic talks.

The two sides are now engaged in talks to extend the disengagement process to the remaining friction points. India has been particularly pressing for the disengagement of troops in Hot Springs, Gogra and Depsang.

According to military officials, each side currently has around 50,000 to 60,000 troops along the Line of Actual Control in the sensitive sector.

There was no visible forward movement in disengagement of troops in the remaining friction points as the Chinese side did not show flexibility in their approach on it at the 11th round of military talks.

Last month, Army Chief Gen MM Naravane said that there can be no de-escalation without complete disengagement at all friction points in eastern Ladakh and that the Indian Army is prepared for all contingencies in the region.

Gen Naravane also said that India is dealing with China in a ‘firm’ and ‘non-escalatory’ manner to ensure the sanctity of its claims in eastern Ladakh, and that it was even open to initiating confidence-building measures.

Ladakh is one of the most sparsely populated regions in India. As its culture and history are closely related to that of Tibet, it is known as the “Little Tibet”.

Ladakh is the largest and the second least populous union territory of India.