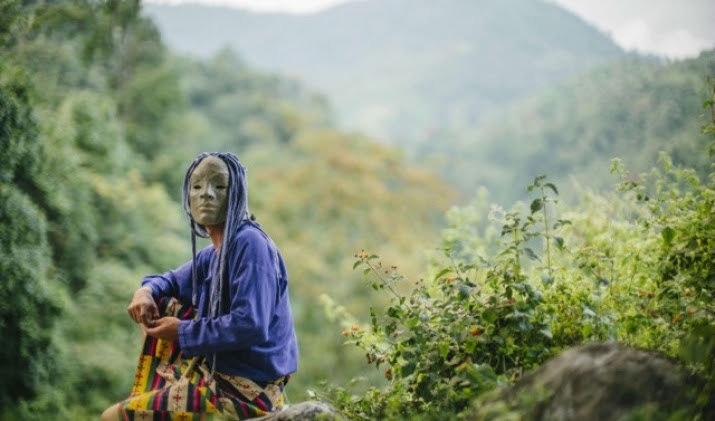 Hema Hema, a modern fairytale largely shot in a remote village in Bhutan, examines the themes of identity and the transition between life and death. From tumblr.com

Bhutanese lama, filmmaker, and writer Dzongsar Jamyang Khyentse Rinpoche made its world premiere in Switzerland earlier this month. Titled Hema Hema: Sing Me a Song While I Wait, the film debuted at the Locarno Film Festival (3–13 August) to a positive reception.

Dzongsar Khyentse Rinpoche has previously directed three major feature films: Vara: A Blessing(2013), Travellers and Magicians (2003), and The Cup (1999). He is also the author of the books Not for Happiness: A Guide to the So-Called Preliminary Practices (Shambhala, 2012) and What Makes You Not a Buddhist (Shambhala, 2007).

Hema Hema, which can been translated as “once upon a time . . .” takes the form of a modern fairytale, largely shot in a remote village in Bhutan, that examines the themes of identity, anonymity, illusion, reality, and the transition between life and death.

“The whole notion of the story, the setup, is sort of imagined and you cannot really say it’s a documentary of a specific society; it’s really invented. But having said that, there are certain universal values, or stories, or emotions that we can relate to,” Dzongsar Khyentse Rinpoche said of the film in a recent interview with the Bhutan Broadcasting Service. “[The primary theme of] identity . . . is really something that we human beings cling onto so much. Even if you look at the world today, so many people suffer due to the lack of identity, or having no identity at times. We all have names, for instance—you have a name, I have a name, and then on top of that we have title, we have gender, we have citizen cards, we have passports, we have addresses, we have homes, we have friends who can validate our existence. So identity is very important.” (YouTube)

“I’ve been with [Dzongsar Khyentse Rinpoche] in all his films, to sort of support him,” said Thomas, who also spent time in Bhutan for the filming of Little Buddha, on which Dzongsar Khyentse Rinpoche worked as a consultant. “He also has an enormous film knowledge; really knows cinema back to front. . . . The story that he’s telling in this film it has a credibility to it, because of his telling the story. It’s the story of a man’s [spiritual] journey to act the way you would act if you had no identity.” (Variety)

The film is scheduled to make its North American premiere this year at the Toronto International Film Festival (8–18 September).

Born in Bhutan in 1961 and now based in Himachal Pradesh, India, Dzongsar Khyentse Rinpoche is the son of Thinley Norbu Rinpoche and was a student of Dilgo Khyentse Rinpoche. He is recognized as the third incarnation of Jamyang Khyentse Wangpo (1820–92), founder of the Khyentse lineage, and the immediate incarnation of Jamyang Khyentse Chökyi Lodrö (1893–1959). His projects include the Khyentse Foundation, which provides the financial support necessary to fulfill his aspirations; 84000, which oversees the translation of the Word of the Buddha into modern languages; Lotus Outreach, which directs a wide range of projects to help refugees; and most recently The Lhomon Society, which promotes sustainable development in Bhutan through education.From a young age he has been active in the preservation of the Buddhist teaching, establishing centres of learning, supporting practitioners, publishing books and teaching all over the world. Dzongsar Khyentse Rinpoche supervises his traditional seat of Dzongsar Monastery and its retreat centers in Eastern Tibet, as well as his new colleges in India (inBir and Chowntra (Himachal Pradesh)) and Bhutan. He has also established centres in Australia, North America and the Far East.
Share this...