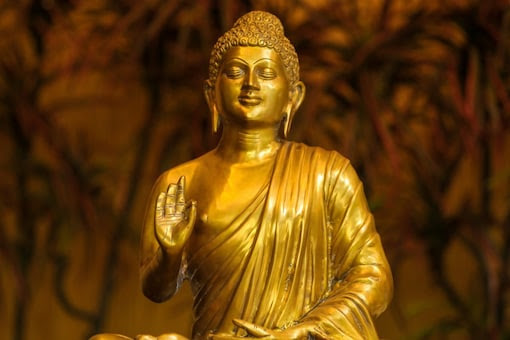 Drukpa Tshe-zi 2022: The devotees and the pilgrims offer prayers to Lord Buddha and light butter lamps for the well-being of sentient beings. (Representative image: Shutterstock)

Drukpa Tshe-zi is an auspicious occasion for all Buddhists across the world. Being one of the most significant events in Buddhism, the government of Sikkim marks the day by observing a bank holiday. Drukpa Tshe-zi falls on the fourth day, called Tshe-zi, of the sixth month, called Drukpa, of the Tibetan lunar calendar and hence the name, Drukpa Tshe-zi.

The occasion is important for Buddhists as it is the day when Lord Buddha gave his first sermon on the Four Noble Truths at Deer Park in Sarnath, roughly 2,500 years ago. Buddha, after attaining enlightenment, gave the sermon to his first five disciples – Anjanata Kaudinya, Ashvajit, Vaspa, Bradrika, and Mahanama.

As the tale goes, Buddha, after the enlightenment, set out to give teachings for the first time. A thousand thrones appeared before him. After performing the circumambulation of the first three thrones, Lord Buddha sat on the fourth throne in a cross-legged posture. Thousands of devotees appeared where Buddha sat to hear him preach.

On the morning of Drukpa Tshe-zi, Buddha did not speak at all. He remained silent which gave the devotees the time to clear their minds. At noon, Buddha spoke and talked about various subjects. This is when he talked about the Four Noble Truths, which hold the essence of Buddha’s teachings.

To mark this day, the Government of Sikkim announced it as a bank holiday in the state. On this day, monasteries across the state hold prayers and religious ceremonies. The devotees and the pilgrims offer prayers to Lord Buddha and light butter lamps for the well-being of sentient beings.

People dress up in traditional attires and light butter lamps to pray for the well-being of their loved ones. Yak races are also organised on this day.

A variety of delectable dishes are also cooked on Drukpa Tshe-zi. Muguthang in North Sikkim and the deer park in Gangtok are two places were grand celebrations are held. The festival is also celebrated in Bhutan and Tibet.

Entering the Way of a Bodhisattva’ – Second Day