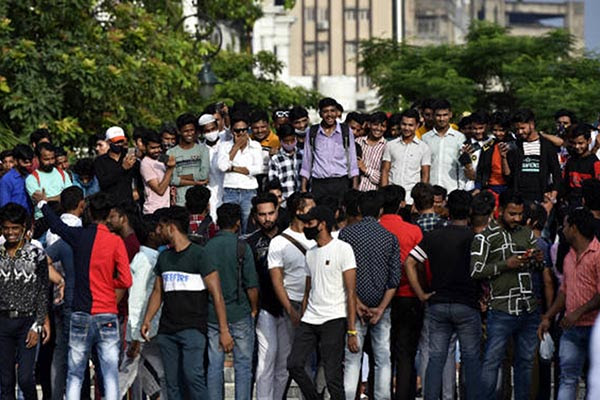 The anticipated third wave of the COVID-19 pandemic is likely to hit India in August which may reach its peak in October when the country is expected to report less than 1,00,000 infections daily in the best-case scenario or nearly 1,50,000 in the pessimistic scenario, according to a study.

A research team led by professors Mathukumalli Vidyasagar and Manindra Agrawal at the Indian Institute of Technology (IIT) in Hyderabad and Kanpur respectively said that the rise in coronavirus cases will push the third wave.

States with high caseload, such as Kerala and Maharashtra, could “skew the picture”, Vidyasagar told Bloomberg in an email.

Last month, Agrawal, who is also a scientist of a government panel tasked with modelling of COVID-19 cases, had said that the possible third wave of coronavirus may see half the daily cases recorded during the second surge and it can hit its peak between October-November if COVID-appropriate behaviour is not followed.

The predicted single-day count is less than half of what was recorded when the deadly second wave had hit its peak in the first half of May, claiming thousands of lives daily and leading to shortage of oxygen supply and beds in several hospitals.

The Centre recently said that ten states are either reporting a rise in new daily COVID cases or an upsurge in the Test Positivity Rate (TPR). It suggested strict restrictions in districts with a positivity rate of more than 10 per cent, to prevent crowds and intermingling of people.