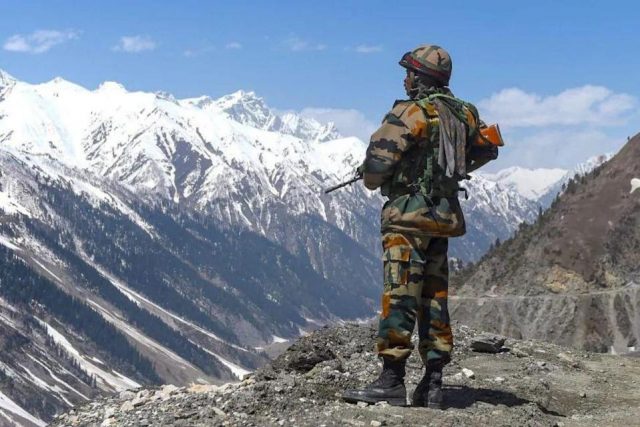 By  —  Shyamal Sinha
The 14th Dalai Lama, Tenzin Gyatso, turns 86 on July 6. It has been over six decades since he started living in India. He calls himself a “son of India” and somebody who has lived the longest in India as a “guest”.

China has striked  India yet again. This time over His Holiness the Dalai Lama’s birthday celebrations in Ladakh. Officials have confirmed to CNN-News18 that on July 6, Chinese army entered the Indian territory in Demchok with banners and objected to locals celebrating His Holiness the Dalai Lama’s birthday. “The incident happened on July 6 at Doley Tango near Koyul which is around 30 kilometers southeast of Demchok,” a source told news18.

In Ladakh, there is a place called – Shiwaye-Tsel (a palace in Leh). There the celebrations used to go on for three days to mark the Dalai Lama’s birthday. People from border areas would come and participate in a horse race; dance performances are held by artists from Kargil, Nubra, Zanskar, and Leh. Similar celebrations are also held in Arunachal Pradesh as well.

In videos which have now surfaced, China’s People’s Liberation Army (PLA) can be seen standing across river Indus with banners. A second video shows villagers holding the Dalai Lama’s portrait atop a vehicle as a small cavalcade rallies around the village. Officials said while the festivities were on, Chinese kept a vigil from distance and conveyed their objection. “They didn’t enter the village but did transgress a bit into Indian territory,” an official told News18.

According to officials, Chinese troops stayed on the Indian territory for about 30 minutes. At least five vehicles can be seen in the video. Locals said Chinese troops were accompanied by civilians.

The banner that Chinese carried said, “Tibetans living on the other side of the LAC bordering India are fully supported by the Chinese,” a source said. Another officer told News18 that the Chinese were reiterating their oft-repeated message that Tibet and China are one.

India and China have been locked in a dispute over eastern Ladakh since the Galwan incident of June 2020. While India at commander level talks has sought restoration of status quo as it existed pre-April 2020, the Chinese side have refused to discuss Demchok and Depsang flashpoints, according to officials. Two sides have had 11 rounds of military talks to resolve the eastern Ladakh flashpoints but friction points remain over Gogra, Hot springs, Demchok and Depsang.

In a tweet on Tuesday morning, PM Modi said, “Spoke on phone to His Holiness the @DalaiLama to convey greetings on his 86th birthday. We wish him a long and healthy life.”

“Most importantly, all Tibetans are urged to recite the Chenrezig mantra, Om Mani Padme Hung, over 1000 times, or at least 10 rounds of the rosary. The six-syllable mantra is associated with the Bodhisattva of compassion and the patron saint of Tibet, Chenrezig. For Tibetans, His Holiness the Dalai Lama is the human manifestation of Chenrezig. Every year, Trungkar is celebrated with grandeur, glory, and festive spirit.