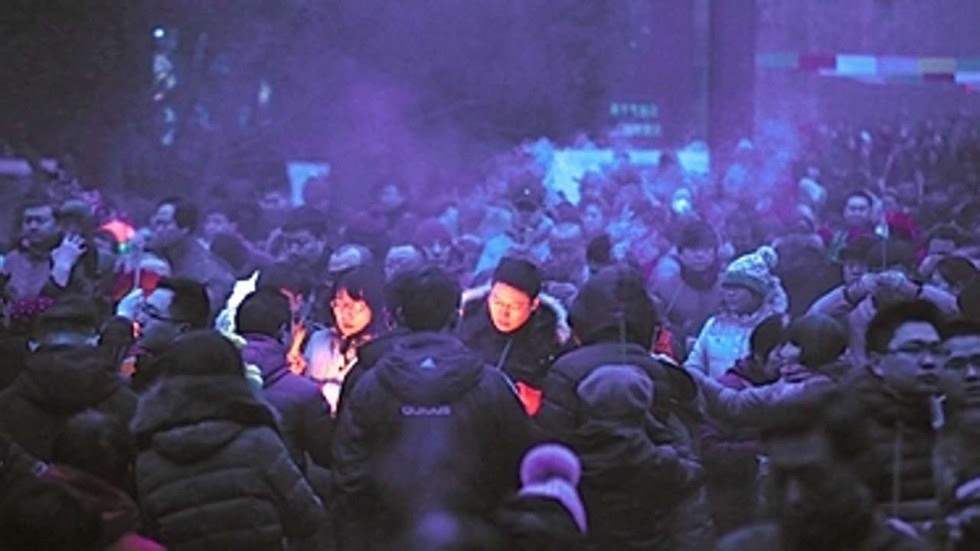 It’s a belief among some Chinese that being the first person to offer incense at a temple at the start of a new year will bring good luck. But the leading Buddhist organisation on mainland China says the belief is misguided and being first carries no special spiritual benefits. The comment came as Chinese across the mainland visited temples to make incense offerings on Saturday, the first day of the Lunar New Year. In Beijing, more than 70,000 people packed Yonghe Temple, triggering security concerns over crowd management, The Beijing News reported. More than 2,000 police officers created a human wall to control the flow of visitors through the entrance, it said. 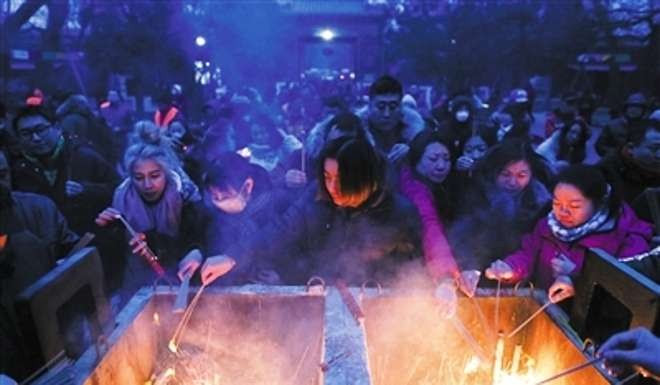 One man from the central province of Hubei waited for 26 hours in a bid to be first with an incense offering at the temple, the Beijing Morning Post reported. It was the third year in a row he had done so – in 2014, he waited 48 hours, in 2015, some 77 hours and last year 35 hours, the newspaper reported.

But according to the Buddhist Association of China, Wang was wasting his time. A representative for the association said the belief that being first with an incense offering was not rooted in Buddhism and was not encouraged.