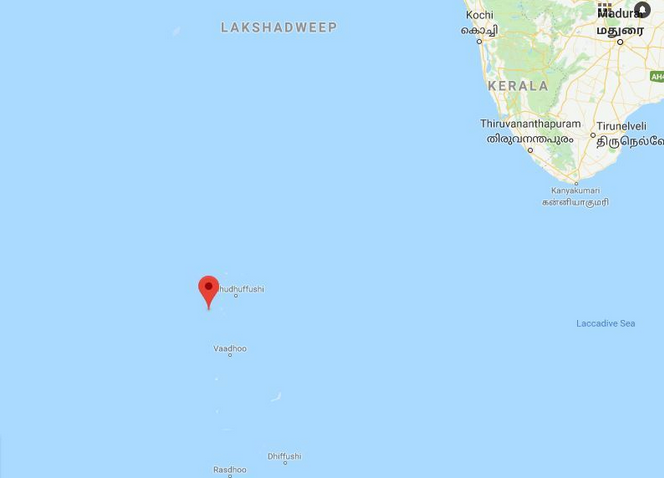 China’s attempt to increase its economic and military might in the Indian Ocean came to light once again with East Asian nation’s plan to establish a Joint Ocean Observation Station in the Maldives.

A Joint Ocean Observation Station which China is looking to establish in the Maldives could prove to be another security challenge for the Indian government with the Maldivian opposition leaders claiming that the observatory will also have a military application with provision even for a submarine base.

The observatory location in Makunudhoo, the westernmost atoll in the north (not far from India), will allow the Chinese a vantage point of an important Indian Ocean shipping route through which many merchant and other ships pass, said political sources in Male. It will be uncomfortably close to Indian waters and test red lines with regard to ties with Maldives.

Indian officials confirmed that an official agreement titled Protocol on Establishment of Joint Ocean Observation Station between China and the Maldives was finalised last year around the time the countries also controversially signed a Free Trade Agreement (FTA). They, however, said they’ll have to check the specifics of the agreement before offering a comment.

With both China and Maldives sharing few details of the project though, a leader of the main opposition MDP party said the challenge for India is to ensure that the observation station doesn’t turn out to be another significant addition to Beijing’s alleged ‘String of Pearls’ encirclement of India and one that undercuts India’s traditional security ties with Maldives.

The problem for India is that the observatory sounds worryingly similar to the one which Beijing announced for South China Sea (SCS) last year. The SCS observatory is meant to signify to the world, not least to the US, Chinese control of SCS waters.

Strategic affairs expert Brahma Chellaney said India should treat the Maldives as a red line issue and that it should warn the Maldivian and Chinese governments that it will not brook such an ocean observation center.

The Maldives crisis, however, does not offer easy choices for India and any move to lean too hard on the current government can further destablise the situation and increase the possibilty of civil unrest. The international community it keenly looking at India’s response to Maldives and the China card in its backyard. So far India has insisted President Abdulla Yameen restore democratic functioning but side stepped urgings that it should intervene militarily.

“The underwater ocean observation center in the South China Sea will be dual purpose, with civilian and military applications. China’s supposed plan to build such a center in the Maldives would effectively open a Chinese maritime front against India, in the same quiet way that China opened a Himalayan front against India in the 1950s,” said Chellaney.

Sources here said that India at some stage, like it did with the FTA, will have to seek a clarification from Male as to what the observatory was all about. Former Maldives President Mohamed Nasheed told TOI in an interview last month that China had already acquired 17 islands in the Maldives and that there was not enough clarity about Chinese activities on these islands.

For the past couple of years, reports that China is looking to build a port in the southern part of the country – in Laamu atoll – have had Maldives agog. While the Abdulla Yameen government has denied it, it hasn’t helped the government’s cause that people from the Gadhoo island (Laamu atoll) have been evacuated and the Chinese have been found building roads in that region. As TOI had pointed in an earlier report too, this island sits at the entrance to the one-and-a-half degree channel which is a major international shipping passage that crosses the Maldives.

Yameen last week extended Emergency in the Maldives paying little regard to India’s call for restoration of the democratic process or to even his own prosecutor general who described the extension as against the Constitution.

Strategically placed next to some of the most important shipping lanes in the world, the Maldives considers itself instrumental in facilitating China’s OBOR in the Indian Ocean region. For India though, Chinese investments and projects are marked by a lack of transparency and commercial loans which come at concessional rate but which is offset by the inflated cost of projects.

“All major procurements contracted to Chinese companies are at 2-3 times the actual cost. There’s no disclosure of sovereign guarantees given by Yameen to commercial loans given by Chinese banks,” said an opposition leader, adding that islands were leased to China for a fraction of estimated value. A case in point is the strategically located Feydhoo island which was leased for only $ 4 million.

“Most Chinese projects have not undergone proper environment impact or viability assessment. There has been no disclosure of the actual terms of contracts,” said the leader.