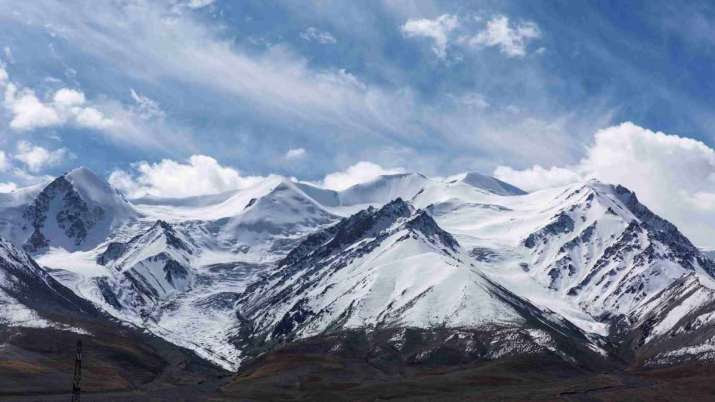 China is now looking to preserve some of its remaining areas of pristine wilderness by establishing countrywide standards for conserving its rich ecosystems and limiting future development through a new unified system of national parks. The first park, aimed at protecting a vast high-altitude swathe of the remote Tibetan Plateau in Qinghai Province, is expected to be officially launched in 2020.

Amid widespread criticism that the government has neglected wildlife conservation and allowed environmental pollution to reach life-threatening levels as urban growth and industrial output has surged, the new national parks are aimed at rectifying this imbalance in one of the world’s 17 mega-diverse countries.

“It’s quite urgent as soon as possible to identify the places, the ecosystems, and other natural features” most in need of protection, said China’s representative at the Switzerland-based scientific forum the International Union for the Conservation of Nature (IUCN), Prof. Zhu Chunquan. (AP News)

Chinese officials overseeing this grand eco-preservation initiative have held consultations with international conservation experts and embarked on fact-finding study visits to the United States and elsewhere to learn from the successes of established protected areas such as Yellowstone National Park—established in 1872, the first national park in the US (and considered by some to be the first in the world), spanning 8,983 square kilometers.

In August this year, policymakers and scientists from the US and elsewhere gathered with their Chinese counterparts in the Qinghai provincial capital Xining to brainstorm the project and discuss establishing effective conservation standards and thresholds.

As a pilot precursor to the national project, China’s State Council embarked on steps to establish Sanjiangyuan National Park in 2016 in sparsely populated northwestern Qinghai, a vast area of western China adjacent to the Tibet Autonomous Region and originally part of ethnocultural Tibet. According to state media reports, the park has already reduced environmental degradation.

“The biggest change, intuitively speaking, is that the mountains have become greener, the water clearer, and the sky bluer,” the director of the ecological environment bureau of Qinghai’s Yushu Tibetan Autonomous Prefecture (one of four major prefectures in the Sanjiangyuan area), said in June. “The water quality of the Yangtze River in Yushu is generally maintained at Level I. In the summer, when there is more rain, it’s at Level II. Basically it’s kept between Level I and II nowadays.” (ChinaDaily.com.cn)

China grades water quality on a scale of five levels, with the first three classified as a source clean enough to provide potable water.

Sanjiangyuan, which means “Three Rivers Source” is home to the headwaters of three of Asia’s great life-supplying arteries—the Mekong, Yangtze, and Yellow rivers, as well as a multitude of rare and iconic species, including some 1,500 threatened snow leopards.

“This is one of the most special regions in China, in the world,” said Peking University conservation biologist Prof. Lu Zhi. (AP News) According to China’s state media, trial operations have already begun for 10 national parks, with these conservation initiatives aiming to protect endangered plant and animal species, including the giant panda, the Siberian tiger, and the Amur leopard.

“Protected areas in China used to be managed by seven different departments. Now, they are all managed by one department, the National Park Administration,” said Prof. Ouyang Zhiyun of the Research Center for Eco-Environmental Sciences at the Chinese Academy of Sciences. “We have the opportunity to establish a cohesive system for protected area management. These reforms will help with aligning goals, reducing conflicts, and eliminating administrative redundancy.” (ScienceDaily)

Drawing on his recent experience leading a broad-based project to collate data from some 20,000 satellite images and 100,000 field surveys and log the environmental repercussions of economic development from 2000–10 (which revealed that, among other that urban areas in China grew by 28 per cent), Prof. Ouyang has sought to map priority areas for conservation, based on surveys of more than 1,500 threatened animal and plant species, prioritizing the habitats of those unique to China.

“First of all, China is one of the most biodiverse countries in the world. Second, China’s got the fastest-growing economy. The rapid development of resources, land utilization, and urbanization can have impacts on the wildlife habitat. We need to establish a nature protected area system as soon as possible to protect biodiversity and important habitats,” said Prof. Ouyang. “If we lose it here, it’s gone.” (ScienceDaily, People’s World)

As well protecting the area’s irreplaceable flora and fauna, planning for the Sanjiangyuan reserve also aims to make accommodations for the region’s human population, many of whom traditionally follow a nomadic lifestyle. China’s infrastructure development juggernaut has forced the resettlement of numerous indigenous populations, but the new objective is to incorporate and cooperate with local communities in managing national conservation areas.

One local resident, A-Ta, a Tibetan herder, has been charged with heading a team of trash collectors. “I love this land very much. I always motivate and encourage people to protect the environment and contribute to the conservation work,” said A-Ta, adding that he is happy to be able to engage in work that will allow his family stay on their land while working toward the preservation of the natural environment. (Smithsonian.com) Local residents and forest rangers release a snow leopard that was captured after invading a village sheep paddock. From news.ctgn.com

To maximize the efficacy of these far-reaching conservation ambitions, Chinese scientists have recommended that the government re-classify protected areas in line with norms established under the IUCN.They have also emphasized the necessity of balancing ecological protection with that of the local economy, taking into account the roles, benefits, and needs of multiple stakeholders in protected areas.