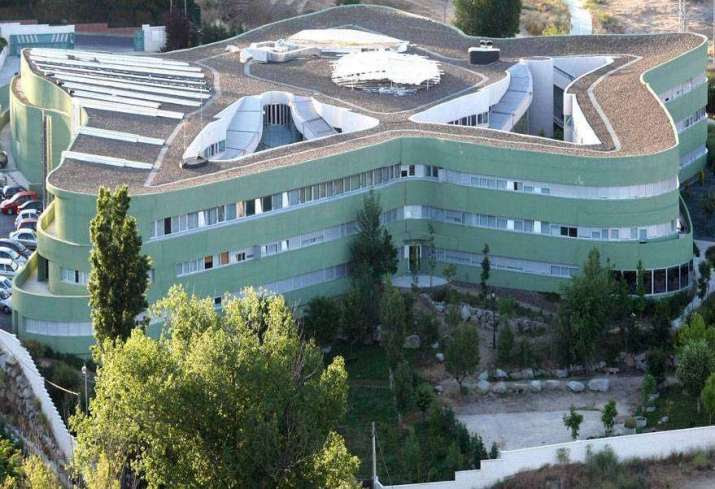 The International Centre of Teresian and Sanjuanist Studies (CITeS) in Avila, Spain, plans to host a conference between Buddhist and Christian leaders from 22–26 July 2020 focusing on a dialogue between Chan and Zen teachers and the Order of the Discalced Carmelites. The conference is formally titled “2nd World Encounter Teresian Mysticism and Interreligious Dialogue: Chan/Zen Buddhism and Carmelite Spirituality: On Love and Compassion” and jointly organized by CITeS and the Centre of Buddhist Studies (CBS) at The University of Hong Kong (HKU).

Chan  from Sanskrit dhyāna[(meaning “meditation” or “meditative state]), is a Chinese school of Mahāyāna Buddhism. It developed in China from the 6th century CE onwards, becoming dominant during the Tang and Song dynasties. After the Yuan, Chan more or less fused with Pure Land Buddhism.

Chan spread south to Vietnam as Thiền and north to Korea as Seon, and, in the 13th century, east to Japan as Zen. The upcoming conference is a follow-up to the landmark symposium held in July 2017, which focused on dialogue between experts on two figures from each tradition. These figures, the Carmelite reformer and writer Saint Teresa of Avila and Buddhaghosha, early Buddhist author of theVisuddhimagga, served as thematic anchors for the conference’s exercise in comparative theology.

Next year’s conference will bring together two different figures: Huineng the sixth patriarch of Chan (638–713) and Saint John of the Cross (1542–91). As with the first conference in 2017, the encounter between Carmelites and Buddhists will revolve around papers and presentations, panel discussions, meditation workshops, and rituals and chanting, all conducted in an atmosphere of conviviality, fraternity, and open-mindedness.

According to the Platform Sutra, the seminal text of the sixth patriarch, Huineng preached extensively on compassion as the essential foundation of the bodhisattva’s path, while Saint John of the Cross’s mystical writing explored love as a crucial component of theological reflection. Another striking affinity between Saint John of the Cross and the Chan or Zen tradition as a whole is the tendency towards “negative” language, which emphasizes the ineffability of the transcendent experience and unknowability of the Ultimate through conceptual thinking.

As with all legitimate interfaith activity or comparative theological exercise, it should be noted that there is absolutely no intent that the conference ingnore or deny the differences between the two traditions. Instead, dialogue is to be conducted in the spirit of equality, deep respect, openness, and wish for cooperation. The aim is to foster genuine engagement, enhance mutual growth, and to explore ways of cooperation to approach the pressing social and environmental concerns of today and help improve the welfare of mankind. CITeS is extending a warm invitation to Buddhist brothers and sisters, in particular those affiliated with the schools of Chan, Zen, and Seon, to participate in the event. Buddhist speakers from around the world are welcome. Interested parties from East Asia are also strongly encouraged to join this symposium.

Concurrently, there is a call for the third “International Prize Teresa of Jesus and inter-religious dialogue,” which is devoted to comparative studies between Discalced Carmelite spirituality and other religious traditions. Submissions for this prize will be considered for inclusion in a special commemorative volume.

Chan is deeply rooted in the teachings and doctrines of Mahāyāna Buddhism. What the Chan tradition emphasizes is that enlightenment of the Buddha came not through intellectual reasoning, but rather through self-realization in Dharma practice and meditation. Therefore, it is held that it is primarily through Dharma practice and meditation that others may attain enlightenment and become Buddhas as well.