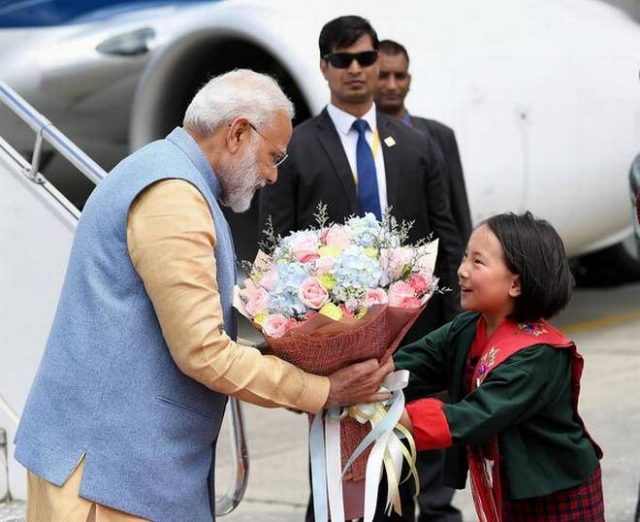 Bhutan on Friday conferred the Order of the Druk Gyalpo, its highest civilian honour, on Prime Minister Narendra Modi. This was announced on the occasion of the 114th national day of Bhutan.

This is Mr. Modi’s 10th international award given by various governments.

In response, Mr. Modi said, “Thank you Lyonchhen @PMBhutan! I am deeply touched by this warm gesture, and express my grateful thanks to His Majesty the King of Bhutan.”

Bhutan was the first country that Mr. Modi visited upon taking charge as Prime Minister on May 26, 2014. He visited capital Thimphu again in July 2019, following re-election that year.

Bhutan was the first country to receive the Government of India’s gift of the coronavirus vaccines, manufactured by the Serum Institute of India (SII).

Last year, PM Modi received the ‘Legion of Merit by the US Government’ award of the US Armed Forces that is given for exceptionally meritorious conduct in the performance of outstanding services and achievements.