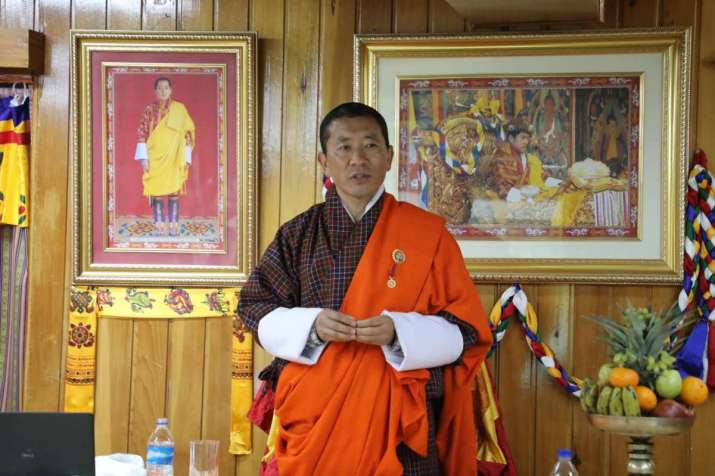 Bhutan only allows a certain number of tourists in to explore, carefully preserving its heritage, ancient traditions and tree-covered land; the opportunity to experience this incredible place is a wonderfully unique thing.

The remote Himalayan Kingdom of Bhutan has reported its first confirmed case of the COVID-19 novel coronavirus after a tourist visiting the country from the US tested positive, the office of Prime Minister Lotay Tshering announced on Friday morning.

In a statement posted to social media, the prime minister’s office added that there would be “two weeks’ restriction on all incoming tourists with immediate effect” in a bit to limit the impact of the disease. (Straits Times)

The prime minister also addressed the nation in a live telecast this morning. According to the announcement, the 76-year-old American tourist entered Bhutan from India on 2 March. Eight Indian passengers who traveled with the American on the same aircraft, from Guwahati in the northeast Indian state of Assam to Bhutan’s international airport in Paro, have also been quarantined. The American was admitted to hospital on 5 March with a fever and tested positive for COVID-19.

A separate statement from Bhutan’s Ministry of Health said that one positive case of COVID-19 had been confirmed at 11pm on 5 March. The health authorities have stated that some 90 people with whom the patient came into contact in Bhutan have been traced. The patient’s 59-year-old partner, and his Bhutanese guide and driver, all now under isolated observation, have so far not exhibited symptoms.

“The patient was touring India from February 21 to March 1. He had started his travel from Washington, DC, on 18 February. The patient was traveling with his partner, aged 59. There were 10 passengers on board, of which eight others were Indian nationals. At the Paro International Airport, the patient’s health declaration form was assessed. He had indicated ‘negative’ against all conditions. He did not have a sign of fever,” the prime minister’s office said in the statement posted on Facebook.

At the time of writing, global coronavirus infections were reported to total 98,441, with 3,387 deaths so far confirmed. The majority of coronavirus infections and fatalities have occurred in mainland China, which has reported a death toll of 3,042 people, and a total of 80,555 infections, according to official data from the Chinese health authorities. COVID-19 is believed to have first spread from an illegal wildlife market in the Chinese city of Wuhan, in central Hubei Province. The World Health Organization has estimated the mortality rate from the virus at 2–5 per cent, with infants, the elderly, and people with underlying health conditions considered most at risk.

Bhutan shares borders with two political and economic heavy-hitters China and India, which has so far reported just 30 confirmed cases of COVID-19.

Separately, a German couple, who were under observation at Phuentsholing Hospital in southern Bhutan as potential coronavirus cases, have tested negative, The Bhutanese newspaper reported on Friday. According to media reports, the hospital had sent throat and nasal swabs from the couple for gene sequencing tests at the Royal Center for Diseases Control in the capital Thimphu. The German couple were released after the tests returned negative results.

Earlier a female Chinese tourist and a group of Bhutanese traveling from Bengaluru (also known as Bangalore) in southern India all tested negative.

The Bhutanese has reported that following advice from the health authorities in Bhutan, there has been a significant increase in the number of people coming forward to be tested for COVID-19 after traveling outside of the country or experiencing common flu symptoms. Remote, landlocked, and perched in the rarified air of the eastern Himalaya, Bhutan is the world’s last remaining Vajrayana Buddhist country. The ancient spiritual tradition is embedded in the very consciousness and culture of this remote land, where it has flourished with an unbroken history that dates back to its introduction from Tibet by Padmasambhava, also known as Guru Rinpoche, in the eighth century.