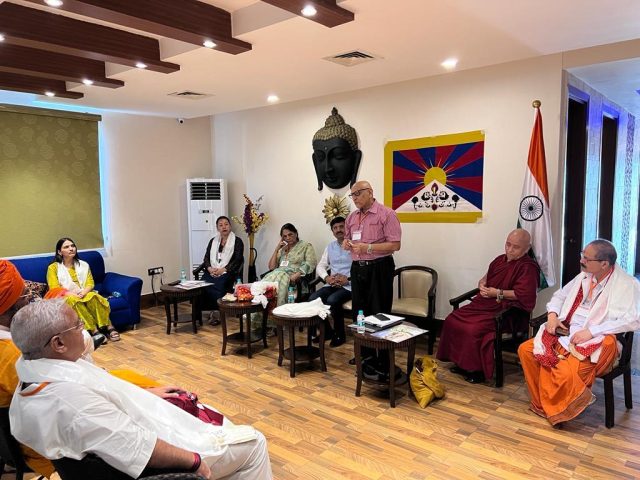 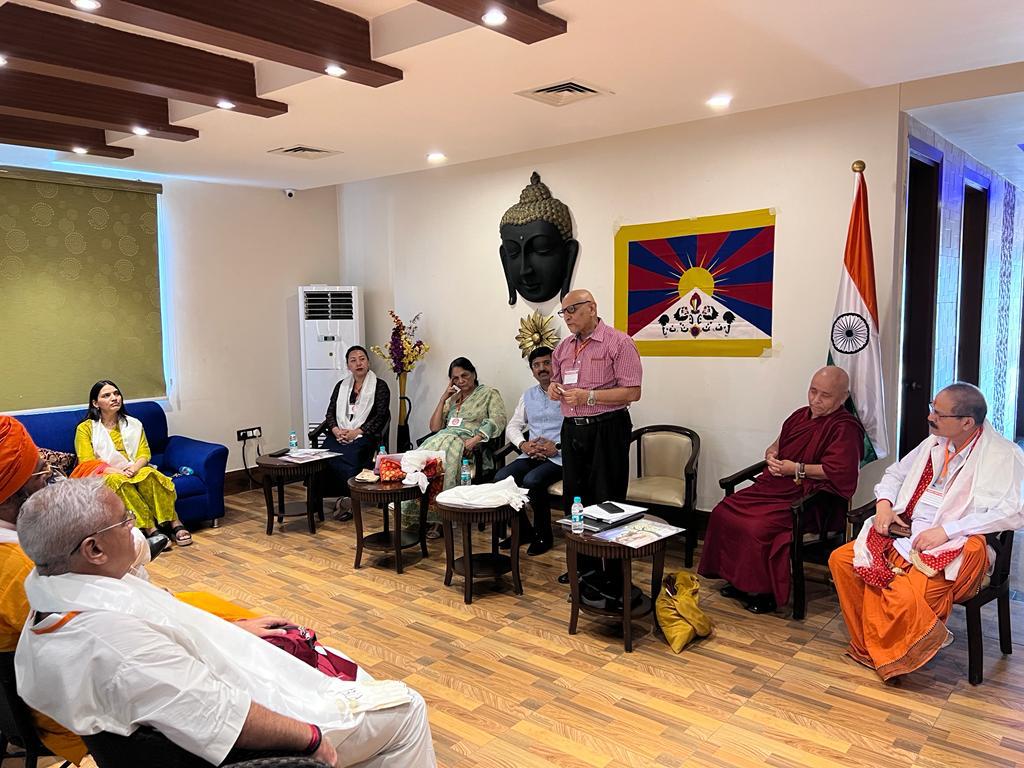 The ultimate goal of everyone is the freedom for Tibet, security of India and the liberation of Kailash Mansarovar from the illegal occupation of Communist China. We must achieve the goal in harmony with every organization working for the cause of Tibet”.

Major General Neelendra Kumar described the independence of Tibet as necessary for the security of Indian borders. He said it is essential strategically that Tibet becomes independent at the earliest.

National Vice President of Indo-Tibetan Association and former IG Anand Vardhan Shukla IPS said that today most human rights violations in the world are happening in Tibet. How can any civilised society ignore this? Significantly few people realise how difficult it is to live by sacrificing one’s self-respect and pride.

Tashi from Indo-Tibet Coordination Center, New Delhi, called for joining the Tibet Liberation Sadhana and expressed her gratitude for the work being done by the organisation on this behalf.

Eminent thinker of the country and Director of Jammu and Kashmir Studies Center New Delhi, Dr Ashutosh Bhatnagar said China’s border has never been shared with India. This barrier has also been created by nature. Since ancient times, the natural boundary of India has been considered to be from the Hindukush Mountains. The Himalayas and Tibet separate India and China from each other. The actual size of China is only one-third of the current size, the rest is an illegal occupation. If we look at ancient history, we will know that it is mentioned in various treaties that for the development of Kailash Mansarovar area, revenue collection and tax collection were spent by India on the development of Kailash Mansarovar area. 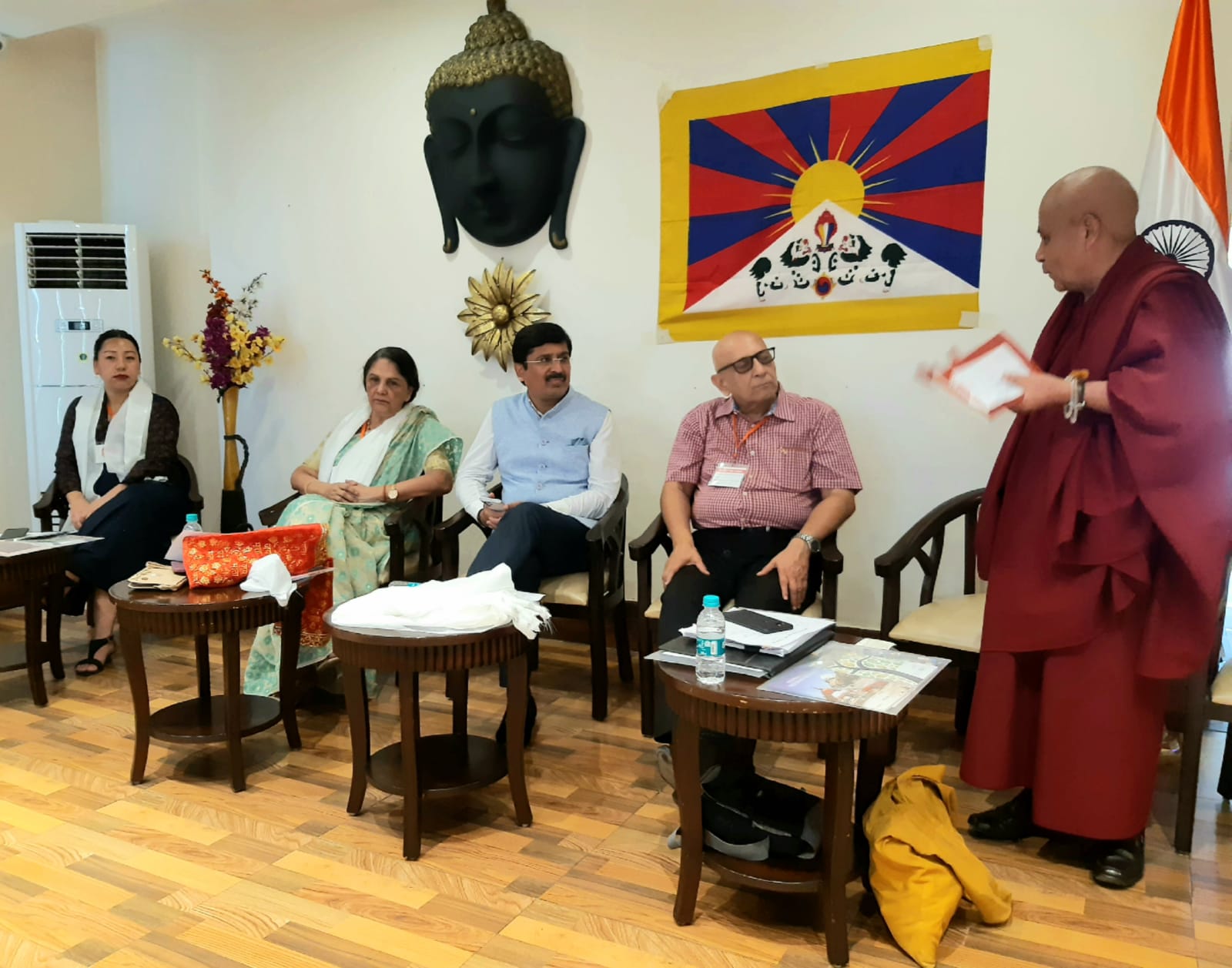 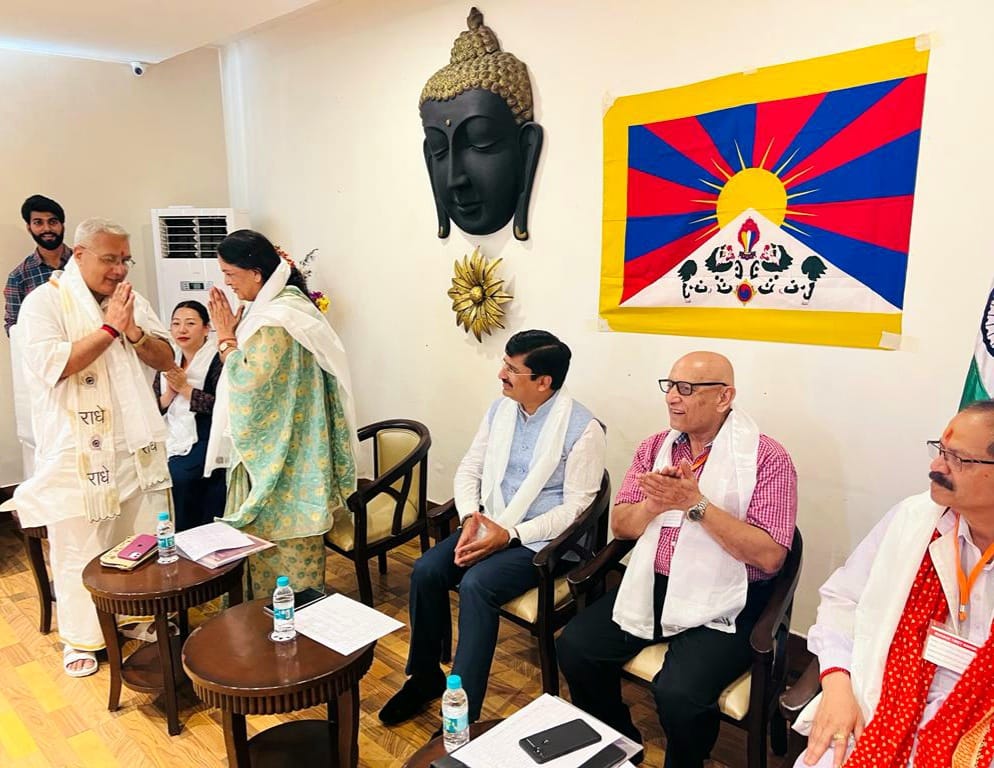 The participants are presented with Tibetan scarves. 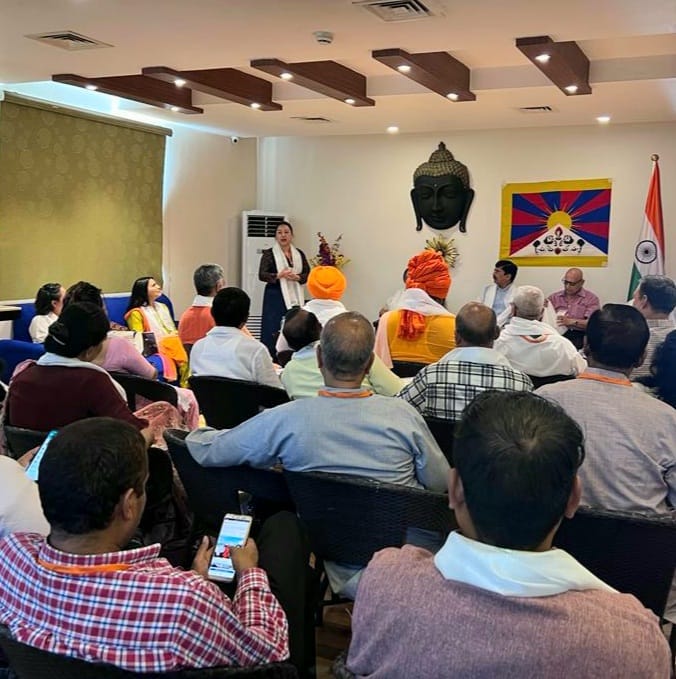