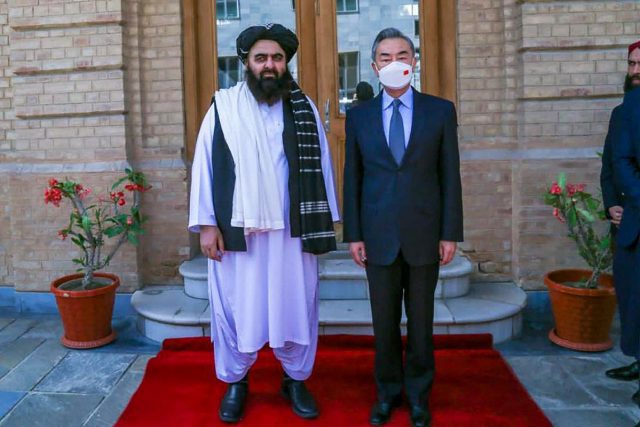 China’s Foreign Minister Wang Yi on Thursday made a surprise visit to Kabul, travelling to the Afghan capital for meetings before landing in Delhi on Thursday night. Both visits had been kept completely secret, and neither Delhi nor Beijing have formally issued any statement on Mr. Wang’s travels to India yet.

On Friday, Mr. Wang is due to meet with External Affairs Minister S. Jaishankar and National Security Advisor Ajit Doval to discuss the way forward in resolving the two year old military stand-off at the Line of Actual Control and PLA transgressions along the LAC. Mr. Wang is also expected to extend an invitation to the Brazil-Russia-India-China-South Africa (BRICS) summit in Beijing this year, as well as the situation in Ukraine, before flying to Kathmandu for the next leg of his South Asia tour, which began in Islamabad on Tuesday. However, it is unclear whether Prime Minister Narendra Modi will meet Mr. Wang, as the Chinese side that proposed the visit, had requested.

Mr. Wang arrived in Delhi a day after the Ministry of External Affairs sharply rebuked his comments at the Organisation of Islamic Cooperation (OIC) in Pakistan, where he referred to “sharing hopes for Kashmir”, a statement that appeared to cast a cloud over his visit to Delhi amidst deep tensions between India and China on a large number of other issues.

In Kabul, Mr. Wang held talks with Taliban Foreign Minister Amir Khan Muttaqi, which a spokesperson said had focussed on “political, economic and transit issues”, including trade, education, visas, as well as the mining sector and Belt and Road Initiative (BRI) projects in Afghanistan. China plans to host a meeting of Afghanistan’s neighbours later this month, and the visit to Kabul, and expected visit by Mr. Muttaqi to Beijing are the highest level engagement between China and the Taliban regime since it took power in Kabul in August 2021.

However, Beijing was noncommittal on whether Mr. Wang would invite India to “Foreign Ministers’ Meeting among the Neighbouring Countries of Afghanistan”.

“As Afghanistan’s neighbour, China stands ready to leverage its strength and contribute to the country’s lasting stability and security. With regard to your question about the specifics, we will release information in due course,” Chinese MFA spokesperson Wang Wenbin said, when asked on Thursday.

Mr. Wang has engaged with the Taliban previously, hosting a delegation led by Mullah Abdul Ghani Baradar in Tianjin near Beijing in July last year, shortly before the Taliban takeover.

While most countries, including India, closed their embassies as Kabul fell, China underlined its comfort with the Taliban by keeping its mission open, and in recent months, the Taliban has courted Chinese investment, although Beijing has only provided limited financial support so far amid the unprecedented economic and humanitarian crisis in Afghanistan.

The security situation there, however, remains a concern for Chinese companies, an issue Mr. Wang was expected to take up with the Taliban.

In Pakistan earlier, Mr. Wang discussed with Prime Minister Imran Khan plans to extend the China-Pakistan Economic Corridor to Afghanistan. The Chinese Foreign Ministry quoted Mr. Khan as saying that “China-Afghanistan-Pakistan cooperation is conducive to stability in Afghanistan and its role as a hub in regional connectivity” and that Pakistan “is ready to work with China to jointly advance high-quality Belt and Road cooperation and extend the China-Pakistan Economic Corridor to Afghanistan.”

China and Pakistan have previously spoken about aligning their Afghanistan strategies, with both sharing good relations with the Taliban.

Mr. Wang also discussed Afghanistan with Pakistan’s Chief of Army Staff Qamar Javed Bajwa. Criticising the West, he said “the Afghan issue should not be solved by exerting pressure or imposing sanctions, but by drawing on the wisdom of the East to promote dialogue and communication.” “Both China and Pakistan encourage the ruling authorities of Afghanistan to actively build an open and inclusive political architecture, implement moderate and prudent domestic and foreign policies and resolutely combat terrorism in all its forms,” he said.