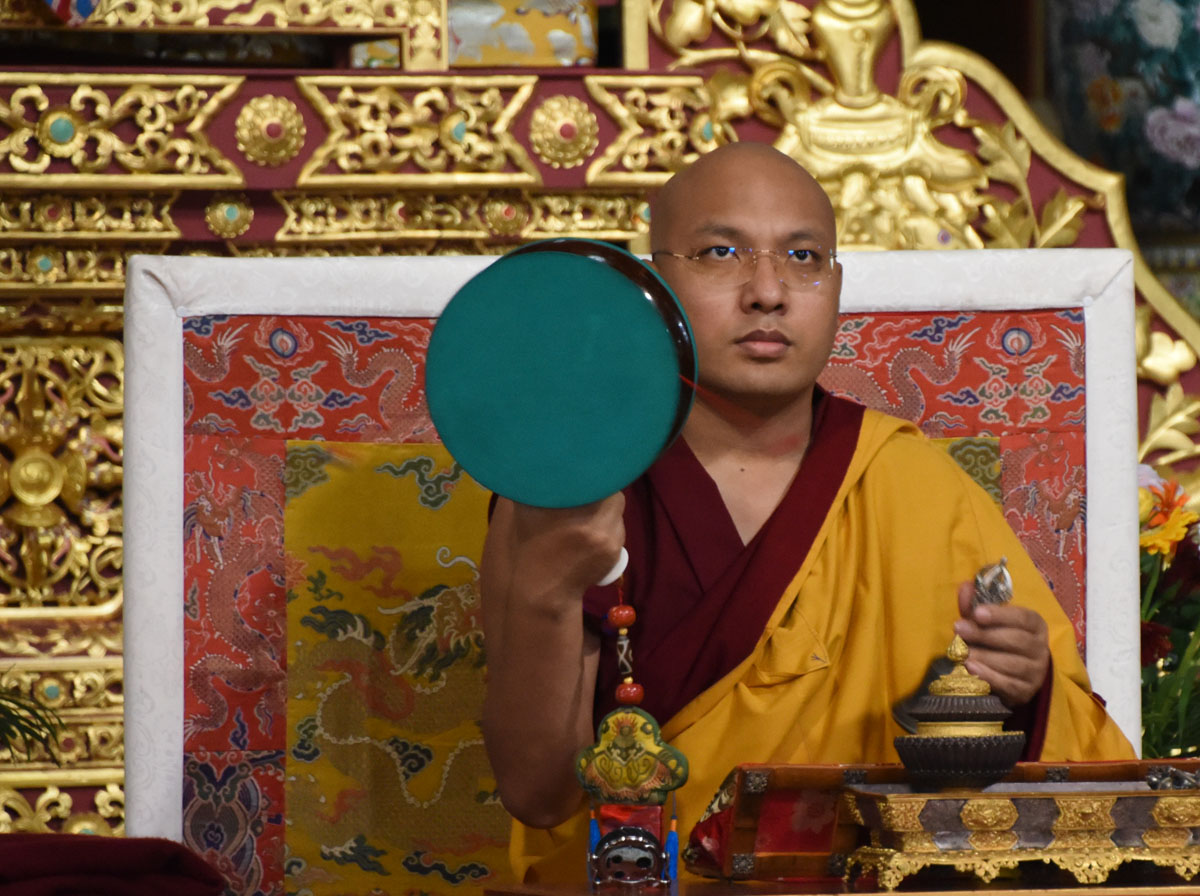 : The head of the Karma Kagyu tradition of Tibetan Buddhism, the 17th Karmapa Ogyen Trinley Dorje, presiding over the 3rd Arya Kshema Winter Dharma gathering, recently announced in Bodh Gaya his plans to create a monastic college for Buddhist women as a means to his vision to empower and educate women practitioners from the Himalaya region.

Karmapa, the young Lama said, with the improvement in the female monastic’s study, overall curriculum and further increasing interest and scope. The Karmapa said, “Nuns are future holders of the Buddha dharma. This education will help prepare you to fulfill that great responsibility.” He spoke highly of the potential of the female practitioners by adding, “I believe in you”.

, “The event, which has just concluded, included daily discourses by the Karmapa himself especially for nuns, intensive study and formal debate sessions, as well as special pujas and meditative practices. To encourage the nuns, the Karmapa himself composed a sadhana (liturgical text) for the flourishing of the nuns’ Dharma, which he performed with them on the final day of the gathering.”

The plans to educate the nuns in the Karma Kagyu lineage will include rigorous scholarly education with the core curriculum covering five major Indian philosophical treatises (shastras), based on a series of rare commentarial texts that have recently been rediscovered in his Dharma lineage. The lay women Buddhist practitioners will also be provided with monastic education opportunities.

The annual three-week event is attended by more than 400 nuns from nunneries across the Himalayas and the Dharma discourses and other events were attended by nearly a thousand people daily. The event was also watched by many through live webcast.

A security lapse had been reported with a Chinese woman hurling a hard – bound book at the Karmapa during one of the teachings. Although the book missed him, the incident is described by many as a ‘fail by his security’. The hard cover book sprung at him is labeled a “printed missile”.

The Chinese tourist who was arrested later was identified as Zheng Manxin.