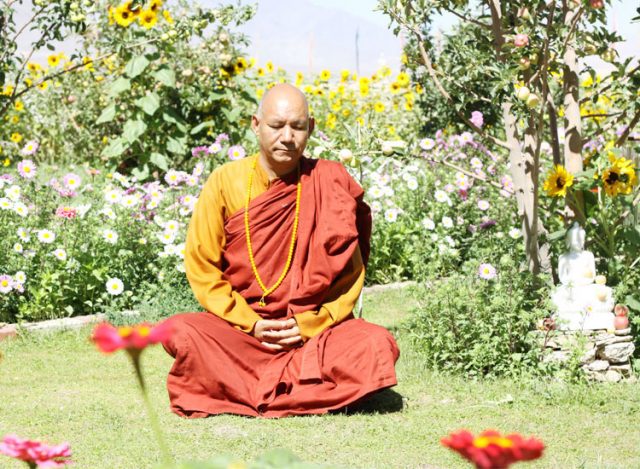 Since founding the MIMC in Leh in 1986, Ven. Bhikkhu Sanghasena has become an exemplar of socially engaged Buddhism, launching numerous projects, events, and initiatives, among them providing educational opportunities and refuge for underprivileged children, empowerment and literacy programs for women and other socially disadvantaged groups, healthcare for the sick and needy, and a care home for the aged and destitute. The MIMC has evolved into an expanding campus that has become a hub for a multitude of socio-cultural and community programs.

The World Has Lost Another Beautiful Flower

Thich Nhat Hanh, one of the greatest Buddhist masters of this century, left his physical body at his residence in Vietnam on 22 January. He was 95 years old.

During the Vietnam War, Thich Nhat Hanh stood against the conflict and eventually had to leave his motherland because of his opposition to the war. He settled down in Plum Village in France, where he spent much of his life. He was one of the most influential mindful meditation masters in the contemporary world.

Sometimes known as “the Dalai Lama of the West,” Thich Nhat Hanh was a poet, an educationist, and a peace activist; a lover of gardens and nature and a prolific author. His many books, written lucidly and beautifully, have become famous worldwide and are found in all of the world’s major libraries.

Thich Nhat Hanh was a close friend of Dr. Martin Luther King, Jr., who was so moved by his teachings and his movement for peace that he nominated him for the 1967 Nobel Peace Prize, stating: “I know of no one more worthy of the Nobel Peace Prize than this gentle monk from Vietnam.” Dr. King was so much influenced by Thich Nhat Hanh’s peace vision that he came out publicly with this monk against the war. Our world today, being so threatened by power-hungry and warmongering leaders, urgently requires more teachers and leaders like Thich Nhat Hanh and Dr. Martin Luther King Jr.

Although he was born and raised in the Vietnamese Mahayana Buddhist tradition, Thich Nhat Hanh’s teachings on meditation remained deeply rooted in the famous Mahasatipatthana Sutta found in the Pali Tipitaka. His popular teaching on “The Art of Mindful Living” attracted huge numbers of truth-seekers and peace-lovers.

Thich Nhat Hanh very skillfully and successfully distilled complex Buddhist philosophical concepts and adapted them to the contemporary world. He established many meditation centers around the world, with large numbers of followers, including fully ordained monastic members.

With the passing of this great Enlightened Master, one of the brightest lights of the Buddhadhamma will be sorely missed. However his teachings and legacy will continue forever through his wonderful books and teachings that have been widely shared online.

I am one among millions who benefitted from Thich Nhat Hanh’s incredible teachings, and I personally will profoundly miss this great flower of the Dhamma.