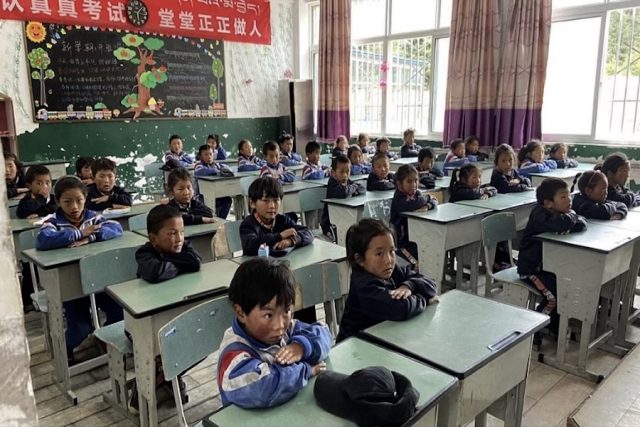 DHARAMSHALA, Jan. 12: A group of four UN human rights experts expressed critical concern over China’s colonial boarding school system in occupied Tibet as a policy of  “acculturation and assimilation of Tibetan culture” on Wednesday. In the 17-page Special Rapporteurs issued to the Chinese authorities’ on 11 November, the UN rights experts have categorically underlined Chinese authorities’ oppressive action against the right to education, the right to religious belief, cultural rights, and other minority rights concerning Tibetans. In particular, highlighting their grave concern over China’s state-run residential schools as a part of Chinese authorities’ “large-scale campaign to assimilate Tibetan culture and language” as well as the “substantial increase in the number of residential schools operating in Tibet and in the number of Tibetan children living in them.”

China’s policy of cultural assimilation, experts say, has led to devastating consequences on education and language rights in Tibet. Xi Jinping’s ‘ethnic policy in a new era’ has forced Tibetans to abandon their native language and adopt Mandarin Chinese. According to a 2021 report, “Separated from their Families, Hidden from the World” published by Tibet Action Institute, an estimated 800,000 to 900,000 Tibetan students between the ages of six to eighteen are forced to attend these vast state-run boarding schools.

In addition, private educational institutions which were previously approved by the Party-State are forced to shut down or impose Putonghua education. Furthermore, these residential schools in Tibet have been a core element of the Chinese Communist Party’s systematic effort to undermine, and ultimately eliminate Tibetan identity. It is part of an attempt to neutralise Tibetan resistance to Chinese rule and one of the most brutal forms of state-sponsored ethnic cleansing in the world, the experts said.

As a result, Tibetan children living in these state-run institutions are separated from their families and communities at a very young age while suffering severe alienation from their traditional culture and, thus subjecting these vulnerable children to political indoctrination. As the UN rights experts rightly indicated such an experience of a colonial education project “produces deep and serious negative psychological and social impacts on such children, including loss of family connections, apathy, anxiety, interaction disorders, feelings of loneliness, isolation, alienation, homesickness, and other forms of physical or emotional distress.”

Dr. Gyalo, the Tibetan scholar and education expert who has been an eyewitness to such a repressive school system said they were barred from the Tibetan language, and as an effect of such a system, he fled China in December 2020. The scholar remarked that “the Chinese government’s colonial boarding school policies are designed to completely subsume Tibetans into the occupier’s culture. As an education expert who fled Tibet, I have been working to sound the alarm on these residential schools and the devastating impact they are having on the well-being of an entire generation of Tibetan children. Today’s action by four UN experts is desperately needed as we reach a tipping point for the protection of the Tibet way of life.”