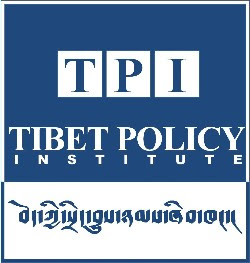 TPI will strive to serve as an intellectual hub for Tibetan scholars across the globe and to become an internationally recognized and effective platform for Tibetan scholars to articulate their argument on the issue of Tibet that will shape the perception of the international community and the policies of the various governments regarding Tibet and the Tibetan people.

The Think Tank of the Central Tibetan Administration, the Tibet Policy Institute (TPI), is hosting the first conference of Young Indian Scholars on Tibetans Studies at Dharamshala from 22-24 January 2019. The theme of the conference is Guru-Chela Relationship: Bonds between India and Tibet.’

“The Registration called upon young Indian research scholars who are affiliated with universities, research centres and think tanks in India and abroad,” said the announcement.

With the backdrop of the centuries-old relationship of Guru and Chela between Tibet and India,HHtold earlier,

we are reliable chelas, because we have preserved your ancient knowledge.”

“I also consider myself as the son of India as every part of my brain cells are filled with ancient Indian knowledge and my body is because of Indian rice and dal.”

Madhura Balasubramaniam, a Project Associate, IIT Madras, exploring land governance in Tibetan settlements in India tweeted, “Very excited to be presenting our co-authored paper on Tibetan Rehabilitation Policy at the Young Scholars Conference organized by Tibet Policy! Sonika Gupta of IIT and I explore the TRP as a disciplining project that standardizes land tenure, its underlying intentions & limits!”

The conference has seen registration by 22 young Indian scholars consisting of five Assistant Professors, thirteen PhD students, and several MPhil students. Tenzin Lekshay, the deputy director of TPI said the goal is to bring together the Indian scholars studying Tibet and to try to get Tibet studies included in the syllabus at the university level in the future.

The three-day conference will cover seven major themes and presentation of papers by each participant. Some of the papers to be presented include studies, like Indo-Tibetan Relations in Dehradun: Case Study of Guru-Chela or Journey of Mutual Dialogue? Multiculturalism: Understanding Tibetan Refugees Struggle to reclaim identity, Implications of Ramayana in Indo-Tibetan Interactions: a study, Impact of Modernization on Different Sects of Buddhism in Ladakh (India), among others.