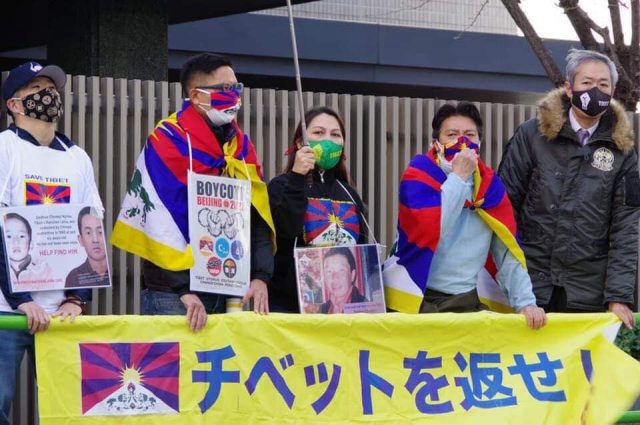 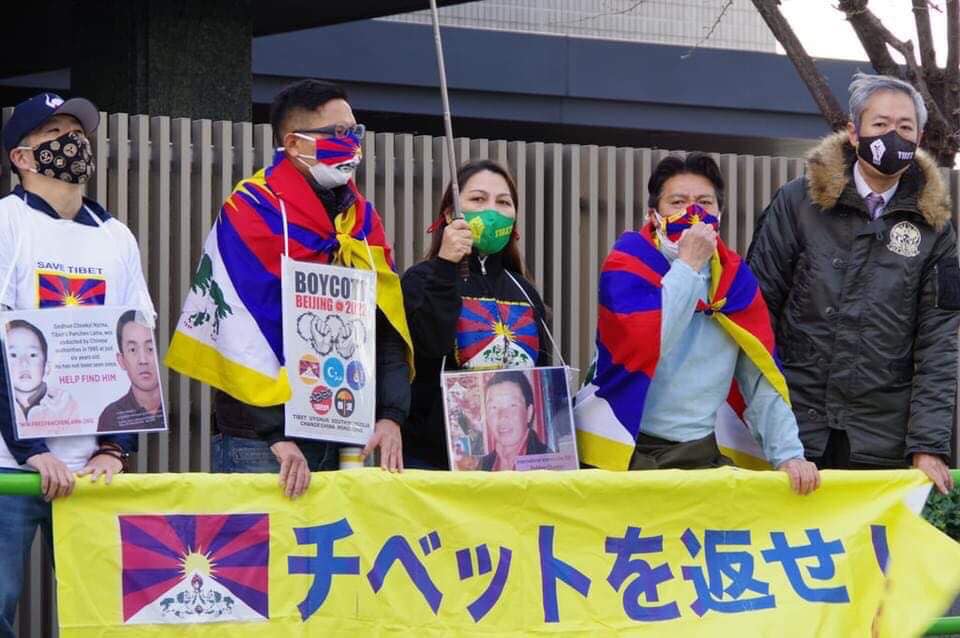 Tibetans protesting before the Chinese Embassy in Tokyo on 10th March Anniversary in 2021. ©Tibet House Japan

In late January, JAPAN Forward met with Dr. Tsewang Gyalpo Arya, the representative of the Liaison Office of His Holiness the Dalai Lama for Japan and East Asia. Dr. Arya has appeared in JAPAN Forward’s pages before, and is also affiliated with the Central Tibet Administration in Dharamshala, India.

Our interview ranged over many topics. Most pressing in the moment was the upcoming 2022 Beijing Olympics. Dr. Arya expressed his grave concern over the Chinese Communist Party being given the opportunity to host the Olympic Games amid China’s ongoing violations of human rights. 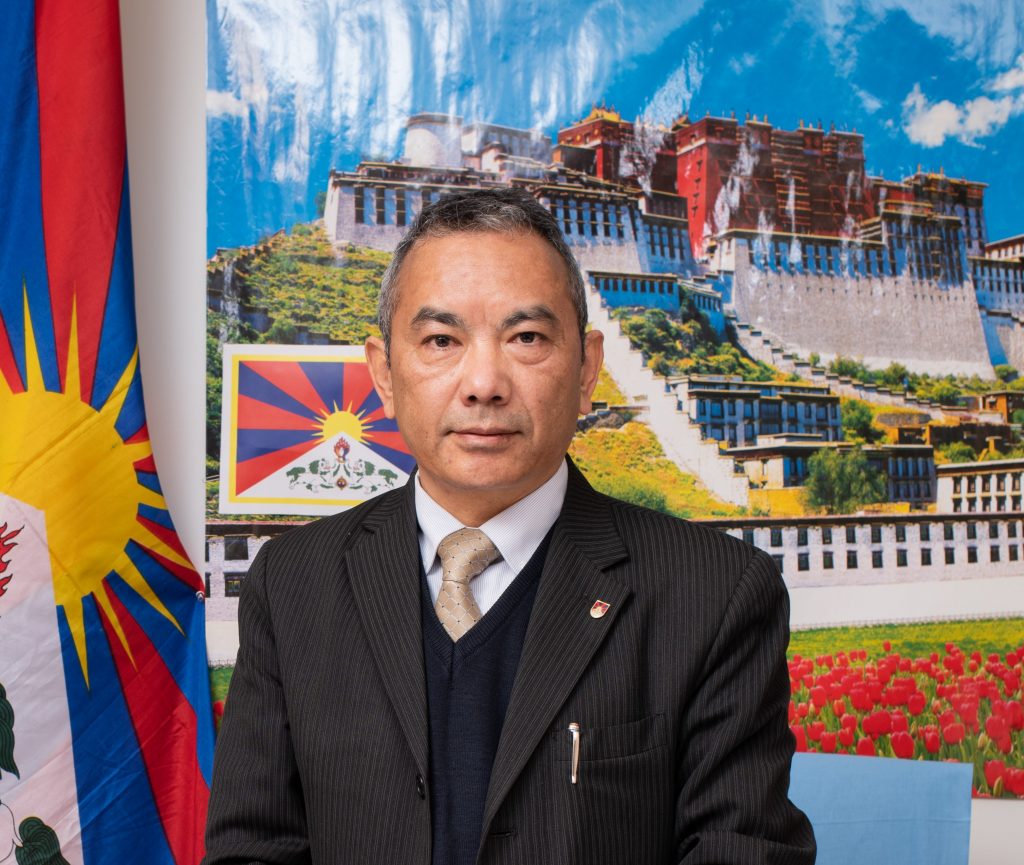 His Holiness the Dalai Lama supported the bid of the People’s Republic of China to host the 2008 Summer Olympic Games. Why do you now oppose the 2022 Games in the PRC?

The Central Tibetan Administration, and above all His Holiness the Dalai Lama, long for peace. In 2008, there was still hope that the Olympic Games would help guide the People’s Republic of China onto the path of world peace. That is why His Holiness supported China’s hosting the Olympics in 2008. The American government, too, and many others around the world, also had high hopes.

Just one year earlier, in 2007, the Chinese Communist Party arrogated to itself the authority to approve the next Dalai Lama. And, in 2008 the Panchen Lama, Gedhun Choekyi Nyima, who had been kidnapped along with his family by the PRC in 1995, still remained missing, as he does to this day.

Despite all this, however, we Tibetans still thought that the Olympics would help right the course of the PRC by exerting a positive global influence on the government in Beijing.

We believed the promises that the Chinese government was making. We wanted to see peace, and we hoped that the Olympics would bring peace to China and to the world.

Today, in 2022, we must admit that our hopes were unfounded. The Olympic Games did not cause the PRC to cease violating the human rights of Tibetans, for one thing. And we now know that the PRC is committing genocide against the Uyghurs in East Turkestan. Since 2008, Hong Kong has been overrun by the PRC despite promises to respect democracy there. 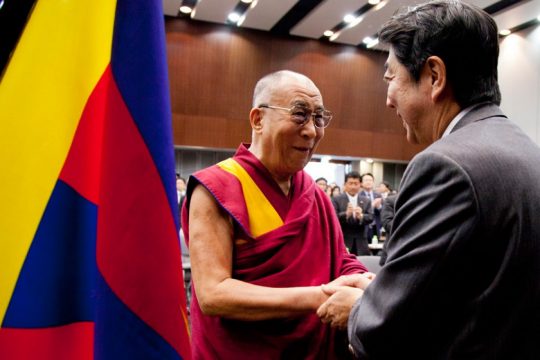 The PRC now encroaches on Taiwan and Japan, especially around the Senkaku Islands. In the South China Sea, more broken promises — the Philippines, Vietnam, Malaysia, Indonesia, all are threatened by Beijing.

In December of 2021, the Japanese translation of 100 Atrocities of the CCP in Tibet (in Japanese, Asuka Shinsha Co.) was published. The book was recommended by the free speech and human rights advocate Yoshiko Sakurai. I invite the world to read 100 Atrocities of the CCP in Tibet (English version) and decide whether we have done the right thing in giving Beijing another chance to host the Olympic Games.

A True Successor to Mao Zedong

What role do you think the current Chinese President, Xi Jinping, has played in preventing the People’s Republic of China from being led by the 2008 Olympics onto the path of peace and democracy? 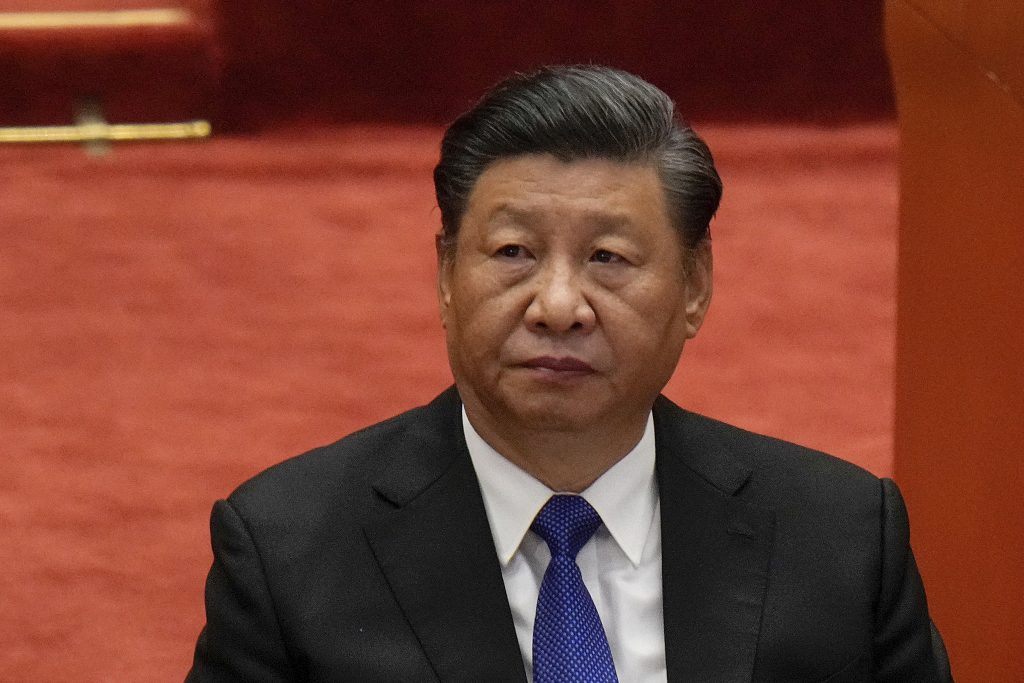 Just like the Chinese dictator Mao Zedong before him, Xi cares only about his own power, and will do anything to hold on to it.

The world is now in a very dangerous situation. The events this past year in Afghanistan and now in Ukraine are showing that the world order is rapidly changing. In Asia, China is causing great turmoil. The PRC threatens India’s borders, seems to be supportive of the military junta which took over Myanmar in a coup last February, and is destabilizing the maritime order in Asia, as mentioned earlier. Xi Jinping has militarized Tibet, and is now trying to crush the religion and language of the Tibetan people.

The whole world is falling under Beijing’s shadow, so the whole world must tell Xi Jinping that what he is doing is wrong. I therefore support a full boycott of the 2022 Olympic Games in Beijing — athletes, diplomats, and spectators alike. All of humanity’s freedom and values are at stake.

I understand that athletes have trained hard, but we cannot let humanity die for the sake of individual achievement. The Olympics in 2022 are not about the contest among peaceful athletes, but about the struggle between democracy and dictatorship, between human rights and a dark future controlled by the Chinese Communist Party.

If we let Xi Jinping carry out the Olympics as planned, then he will feel empowered to continue his dictatorial rule over China and into the world. We will witness a resurgence of Mao’s Cultural Revolution.

What can people do to take part in the fight for human rights in Asia?

On February 4, a group of Tibetans, Uyghurs, South Mongolians, and others will demonstrate in front of the PRC embassy in Tokyo.

We must support those who are fighting for human rights and protesting Beijing’s co-opting of the Olympic Games.

China is conquering us. We are becoming afraid to speak up. The world is joining the Chinese people in their fear of the Chinese Communist Party. 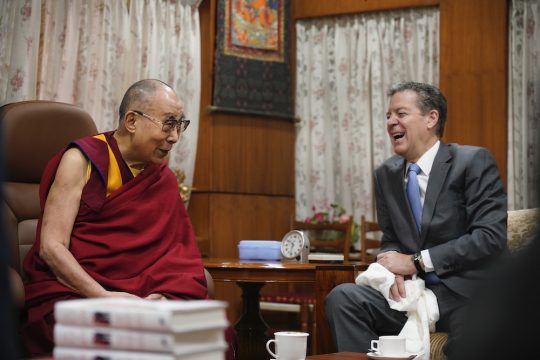 His Holiness the Dalai Lama and former US Senator and Ambassador at Large for Religious Freedom Sam Brownback.

If this continues, the value system of the CCP — intimidation, bullying, invasion, brutal repression — will pervade the international community. There will be no peace in the world.

China is trying to distort the Olympics now, too. We must all raise our voices and say, emphatically, “NO, I will not support the PRC’s takeover of the Olympics. I will not let Beijing turn the sacred Olympic Games into a celebration of a bloody dictatorship.”

We cannot let China desecrate the sacred spirit of the Olympics and the universal values for which our forefathers have struggled so hard.

Our children will look back someday and ask, “Why did our parents entrust the sacred Olympics torch to the very party bent on destroying the Olympics spirit?”

The World Must Stand With Tibet – OpEd