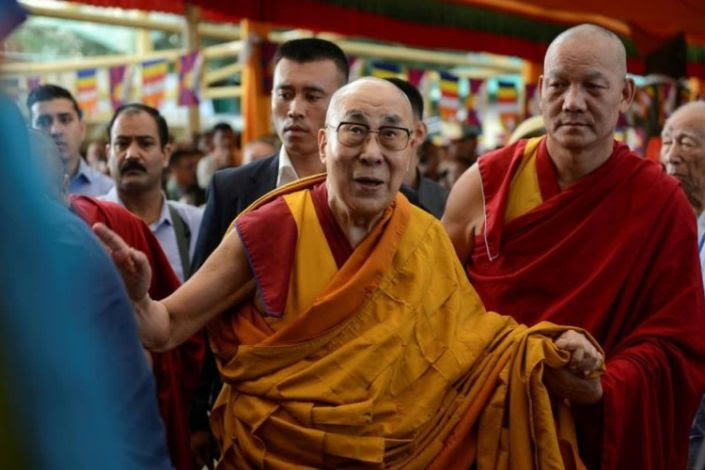 If Buddha were to return to our world, he would certainly be connected to the campaign to protect the environment.

Speaking for myself, I have no hesitation in supporting initiatives that help protect the environment. This is a question of survival because this beautiful blue planet is our only home.

Over the past year, millions of young brothers and sisters have been protesting, calling on political leaders to take action to combat climate change. They are helping to educate the public even as we all witness the destruction of ecosystems and the dramatic decrease in biodiversity.

I really appreciate Greta Thunberg’s efforts to raise awareness of the need to take direct action. Her effort to elevate the issue of global warming among schoolchildren is a remarkable achievement. Despite being very young, her sense of universal responsibility is wonderful. I support her “Fridays for Future” movement.

I believe that every individual has a duty to help guide our global family in the right direction. Prayers and good wishes alone are not enough. We have to assume responsibility. Large human movements spring from individual human initiatives.

The youth of the 21st century have the ability and opportunity to bring change, to create a century of peace, dialogue and compassion. Even as global warming increases in intensity, many young people are working together to share and find solutions. They are our real hope.

Ideas may travel from the top down, but the movements that put them into effect have to work from the bottom up. Because their efforts are based on truth and reason, I believe young people will succeed in bringing about real change.

However, we cannot rest our hopes only on the younger generation. We have to choose political leaders who will act on this issue with urgency. Today, we are seeing a strong connection between environmental politics and elections.

“Now we should pay more attention about global warming,” the exiled leader said in a video message to a virtual meeting of Group of Seven parliamentary leaders.

The session was hosted by the speaker of the US House of Representatives, Nancy Pelosi, a longstanding advocate for the Himalayan region.

National leaders have been meeting less frequently with the Dalai Lama due to pressure from China.

In his video address, the Dalai Lama said people today have more of a sense of shared interest in saving the planet.

“If you look (at) past history, too much emphasis individual nation, individual religion, including color,” the 85-year-old Buddhist leader said, according to a statement from the International Campaign for Tibet.

“So it creates a lot of problem. Basically, you see, they are selfish, self-centered attitudes,” the 1989 Nobel peace laureate said.

Climate change is affecting some of the world’s least powerful people, the Dalai Lama added.

“Due to global warming, too much rain some area. Some area dry. So these people suffer,” the Dalai Lama said. “Particularly like in Africa and some area in India and China also.”

The impact along economic lines is also imbalanced, he added.

“The rich people, big hotel, not much serious sort of feeling,” the Dalai Lama said. “But poor people, they really face serious problem.”

I often have the impression that politicians do not take climate and environmental protection seriously enough. Ignorance is the No. 1 enemy.

It is not sufficient to hold meetings and conferences. We must set a timetable for change. Only if political leaders start to act now will we have reason to hope. We must not sacrifice our civilization for the greed of the few.

Journalists have an equally important role. I tell them that in this modern time they have a special responsibility to bring awareness to the people — not just report on bad news, but they must also bring people hope.

Recent studies suggest that the world is getting close to exceeding its carbon budget. Therefore, this budget must become the most important currency of our time. Politicians are gradually running out of excuses, but we must use our time wisely.

The 7 billion human beings on Earth need a sense of universal responsibility as our central motivation to rebalance our relations with the environment. Appreciating the sense of oneness of humanity in the face of the challenge of global warming is the real key to our survival.

Since the future of all coming generations rests on our shoulders, we must be determined in taking action before it is too late.

I’m a monk so I have no children, but people who have children have to think about how life will be for them and their grandchildren. We’re at the start of the 21st century. Even now, we should be looking ahead to how things might be in the 22nd and the 23rd centuries.