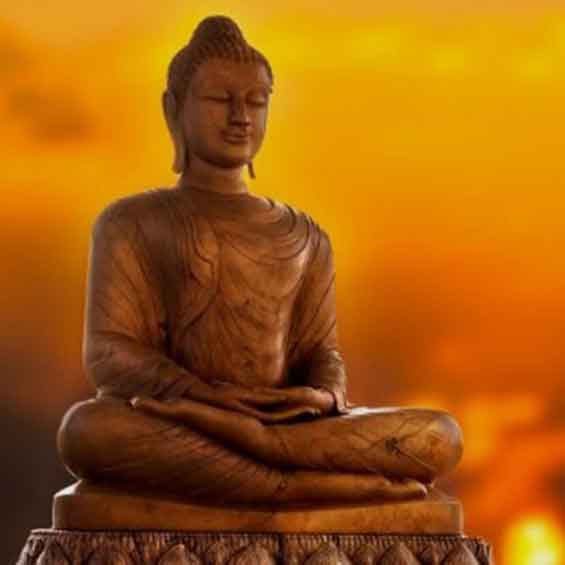 The Buddhist Circuits are the Places of all High Significance Holy Sites of Buddhism ; where Lord Buddha was born, attained Enlightenment, preached first Sermon and reached Nirvana.

Lumbini, Bodhgaya, Sarnath and Kushinagar are the primary pilgrimage places of Buddhist Circuits associated with the life and teachings of the Lord Buddha.

The Buddhist Circuit Train from Delhi was launched by the Ministry of Tourism on Monday, in collaboration with the Ministry of Railways, and it was carried out by the Swadesh Darshan scheme, which allows the new generation of travelers to better comprehend their heritage and tradition, according to Union Minister of State for Tourism Ajay Bhatt.Where there are Mahatma Buddha imprints in the region, the tourism ministry has initiated a train program to transport people to various areas related to Buddha, according to the Minister of State for Defense & Tourism.According to Bhatt, the passenger train includes facilities such as a canteen, sanitizer unit, restaurant, etc.According to a press release issued by the Ministry of Tourism, the Ministry of Tourism is establishing a Buddhist circuit between the Buddhist destinations in Bihar and Uttar Pradesh in partnership with various Central Ministries and State governments.

Major projects are also being undertaken at Kushinagar and Shravasti to improve the international airports, according to Bhatt.Discussing the importance of visiting Indian destinations first before visiting global destinations, he said, as we have such a rich heritage like the Buddhist Circuit Tourist Train that reaches Gaya-Bodhgaya, Rajgir-Nalanda, Bihar, and Sarnath-Varanasi in Uttar Pradesh.The Minister emphasized the importance of domestic tourism in encapsulating the true spirit of the campaign, Dekho Apna Desh.According to the Swadesh Darshan scheme, the Ministry of Tourism has granted five projects in Madhya Pradesh, Uttar Pradesh, Bihar, Gujarat, and Andhra Pradesh, out of which three projects are being carried out.Both projects, including a sound and light show at Dhamek Stupa Buddha Theme Park in Sarnath, cost around Rs 9.5 crores.
Around 125 participants are expected to attend the conference, which will include tour operators, hoteliers, journalists, and officials from the Ministry of Tourism and State Governments.