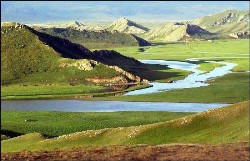 DHARAMSHALA, January 8: The Chinese authorities of the “Tibet Autonomous Region” have introduced ten new regulations for the conservation of the local water resources and the water ecosystem due to the unregulated exploitation.

According to the regional water authorities, the quality of local water has been declining due to special climate and geologic conditions on the Qinghai-Tibet Plateau and uneven distribution of rainfall.

The new regulations, according to the authorities, will curb the water pollution by strengthening control over pollutant discharge, management of water resources and development of new technologies to help preserve water.

Tibet is the major source of fresh water in China and the whole of Asia. Polluting the source will have harsh ramifications since Tibet’s water resources counts for more than 430 billion cubic meters per year, which is 60 times the entire country’s per capita level.

The Tibetan Plateau is also the source of 10 of Asia’s major rivers. It is also known as ‘the third pole’ because it holds the largest stores of fresh water after the South and North poles.

The authorities expect that the regulations will meet the requirement of the drinking water quality in major cities in the region by 2020.

Environmentalists say global warming and human exploitation have caused the shrinkage of wetlands and increasing desertification.

According to the State Forestry Administration (SFA) of China, around 9 percent of China’s wetland has disappeared, been converted to farmland or used for infrastructure in the past decade.