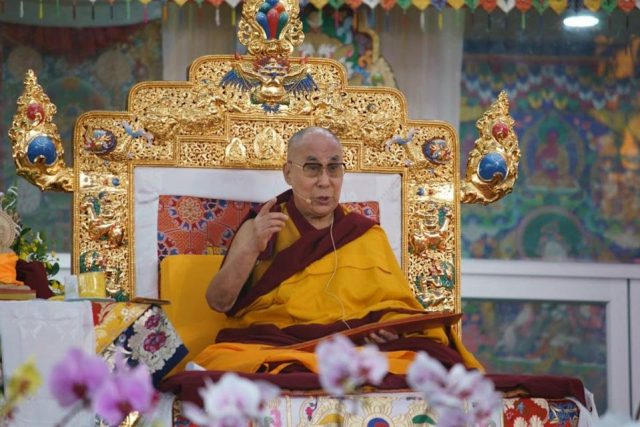 Prime Minister Narendra Modi let the world know on his birthday  that he had rung Tibet’s spiritual leader the Dalai Lama to wish him a happy 86th birthday, disregarding any potential disapproval from China.

Beijing regards the Dalai Lama, who has lived in exile in northern India for more than six decades, as a dangerous “splittist”, or separatist, and frowns on any engagement with him.

Indian leaders have generally been circumspect about public contact to avoid upsetting Beijing, but with India’s own relations with China at a low ebb, Modi said in a tweet he had passed on his best wishes personally.

“Spoke on phone to His Holiness the @DalaiLama to convey greetings on his 86th birthday. We wish him a long and healthy life,” Modi said.

Several state leaders subsequently greeted the Dalai Lama saying his values, teachings and way of life is an inspiration to humanity.

Chinese troops seized Tibet in 1950 in what Beijing calls a “peaceful liberation”, and the Dalai Lama fled into exile in 1959, following a failed uprising against Chinese rule.

New Delhi recognises Tibet as an autonomous region of China, but has several territorial disputes with Beijing elsewhere on their 3,500 km (2,173 mile) Himalayan border.

Relations deteriorated in June last year following the most serious clash in decades, when Chinese troops attacked an Indian border patrol with rocks and clubs, killing 20. China later said it lost four soldiers during that clash.

Tens of thousands of troops remain in close proximity at several points in the western Himalayas, on the border running through India’s Ladakh, a region sometimes called “Little Tibet”, because of its Tibetan culture and predominantly Buddhist religion.

Back in 2019, when Modi was still pursuing a detente with Chinese President Xi Jinping, his government had asked Tibetans in India not to hold a rally to mark the 60th anniversary of the uprising.

Taiwan President Tsai Ing-wen also wished the Dalai Lama a happy birthday, tweeting: “Thank you for teaching us the importance of coming together to help one another through this pandemic.”

In a video message, the Dalai Lama hailed India and said “Since I became a refugee and now settled in India, I have taken full advantage of India’s freedom and religious harmony.”

He added that he had great respect for India’s secular values such as “honesty, karuna (compassion), and ahimsa (non-violence).”

The Dalai Lama is the spiritual leader of Tibet. He was born on 6 July 1935, to a farming family, in a small hamlet located in Taktser, Amdo, northeastern Tibet.

At the age of two, the child, then named Lhamo Dhondup, was recognised as the reincarnation of the previous 13th Dalai Lama, Thubten Gyatso.

In 1950, after China’s invasion of Tibet, he was called upon to assume full political power. In 1959, he was forced to escape into exile. Since then, he has been living in Dharamsala.