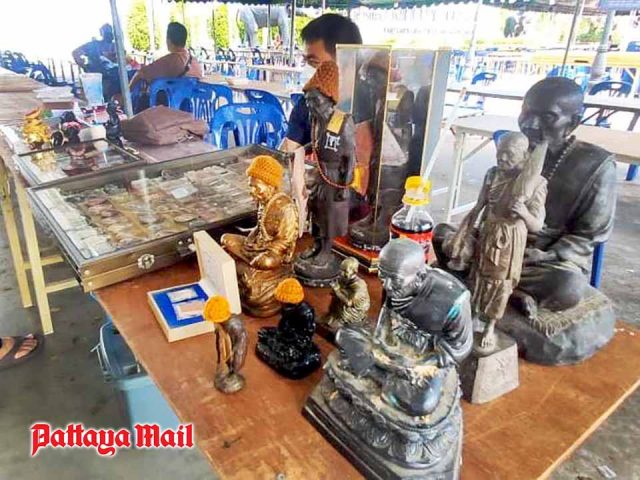 Vendors and enthusiasts occupying more than 100 stalls display amulets, votive tablets and revered images from all over Thailand.By  — Staff Reporter

Votive tablets typically bear images of Buddha and of bodhisattvas. Some also have impressed dharani or sacred impressions. They were made by Buddhist monks in order to create merit for themselves. The tablets were believed to bring good fortune and protection to their donor.

The April 23-24 exhibition at Pong’s multipurpose dome at the Mabprachan Reservoir saw contestants enter their tablets, coins and amulets to win prizes of up to 100,000 baht.

This event was held to boost up the economy in Pong and tourism in Pattaya and Banglamung District as well. Dealing in amulets and religious relics is a fine art which takes years of learning before becoming a trusted appraiser.