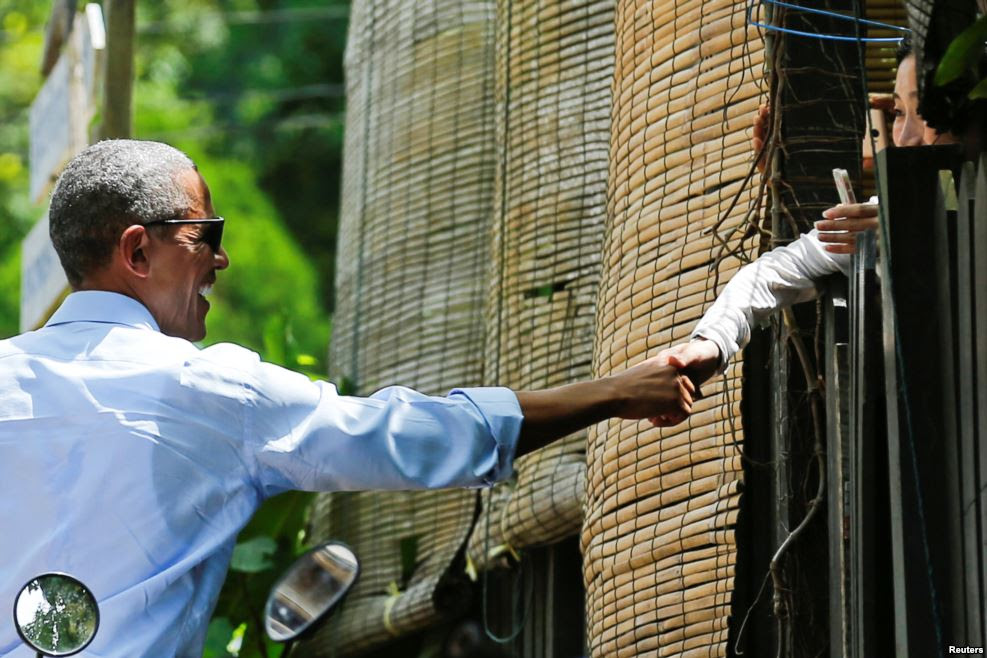 In an address to the people of Laos, yesterday, President Obama stressed the strengths of the Buddhist faith. Obama was in the country for the East Asia Summit, becoming the first U.S. president to visit Laos. From his speech:

“In countless stupas and in your daily lives, we see the strength that draws so many of you, from your Buddhist faith. A faith that tells you that you have a moral duty to each other, to live with kindness and honesty, and that we can help end suffering if we embrace the right mindset and the right actions.”

Obama also acknowledged America’s extensive secret bombing of Laos during the 60s and 70s. After the war, 80 million unexploded bombs were left strewn across the country, which have so far killed or wounded 20,000 people. Obama announced a doubling of America’s financial support for removing unexploded bombs in Laos.

Near the end of his speech, Obama gave a nod to human rights abuses committed against Buddhist in Tibet and by Buddhists in Myanmar:

“We believe that societies are more stable and just when they recognize the inherent dignity of every human being — the dignity of being able to live and pray as you choose, so that Muslims know they are a part of Myanmar’s future, and Christians and Buddhists have the right to worship freely in China.”

This hardly Obama’s first acknowledgement of Buddhism. He has met twice with the Dalai Lama and once with Pema Chödrön, quoted Thich Nhat Hanh, issued the first White House acknowledgment of Vesak, and said that he carries a Buddha statue in his pocket.