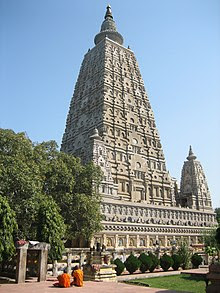 The Mahabodhi Temple (literally: “Great Awakening Temple”) or the Mahabodhi Mahavihar, a UNESCO World Heritage Site, is an ancient, but much rebuilt and restored, Buddhist temple in Bodh Gaya, marking the location where the Buddha is said to have attained enlightenment.

This festival, being organized under the 75th Azadi Ka Amrit Mahotsav, will be inaugurated on November 27. In which the dance drama Vrittishak based on Jataka story from 7 pm will be presented by Vaishali Gupta of Bhopal and companions and Buddhist thought-concentrating dance-drama Shunyata will be presented by Shobhana Narayan of New Delhi and colleagues.

On the second day of the festival, on November 28, devotional music will be presented by Bhopal Aakriti Mehra and companions, Jataka Katha Ekagra Nritya-Natya Jas Sangat-Tas Rangat by Abhishek Garg and colleagues of Bhopal and dance-drama Odissi and Yashodhara in Chhau style.