The Ladakh Autonomous Hill Development Council (LAHDC), Leh awarded His Holiness the Dalai Lama with the 6th Ladakh dPal rNgam Duston award for His Holiness’ substantial contribution to humanity and especially towards Ladakh during the celebration of Ladakh dPal rNgam Duston commemorating the occasion of UT Ladakh Declaration Day and 75th Indian Independence Day on 5 August 2022 at Sindhu Ghat: a riverbank situated near Shey village in Leh. 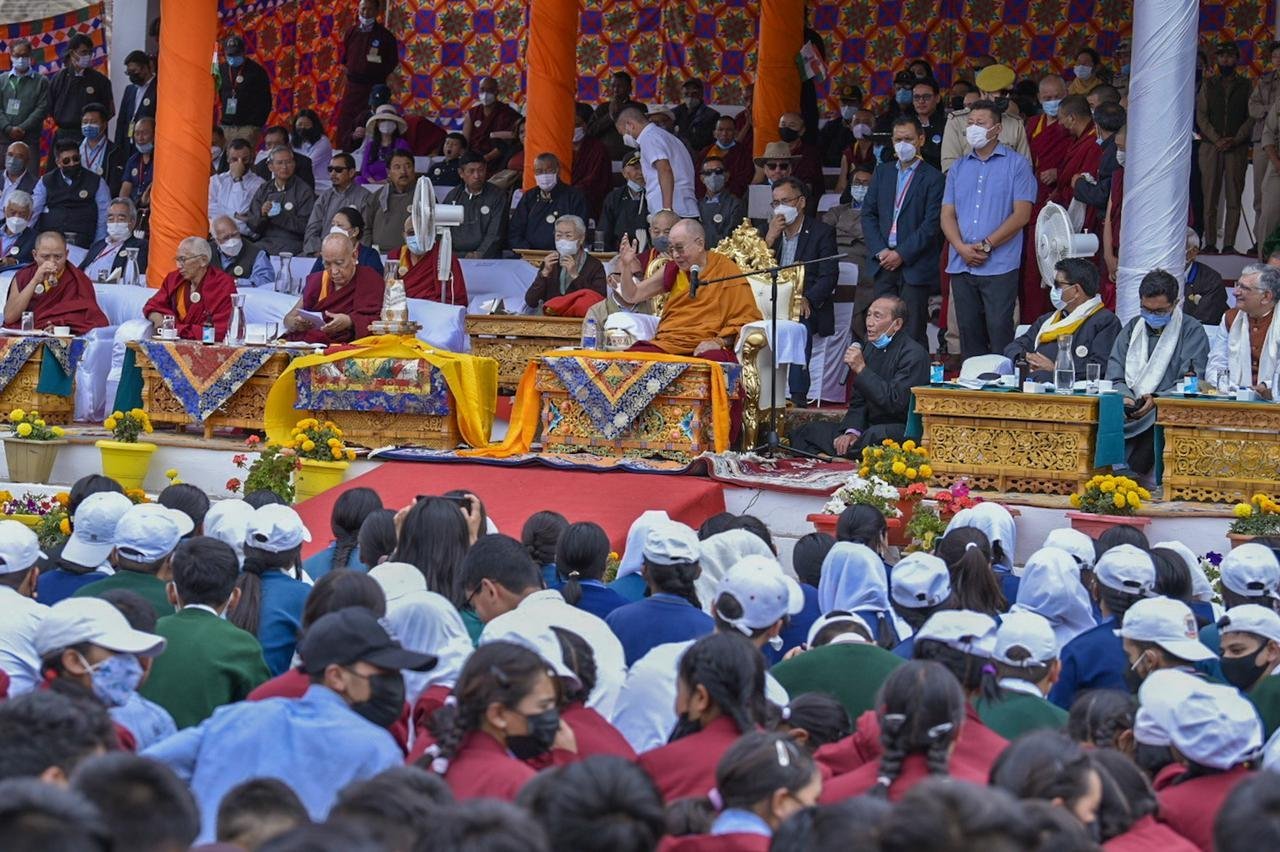 His Holiness acknowledged his incessant endeavour in studying Buddha’s dharma while stressing the practical implementation of Buddha’s words over simply studying and reciting to the followers.

Extolling the existence of harmonious relationship between the different belief groups in Ladakh despite the prevalence of Tibetan Buddhism and traditions in the Himalayan regions, His Holiness reiterated oneness in the message of all religions and expressed his commitment to promotion of peace and compassion. Apart from promotion of universal peace, His Holiness conveyed dedicated efforts in mitigating the effects of global warming through advocacy while stressing the essentiality of preserving greeneries for future generations. Meanwhile, he lauded the Ladakhis for their effort in increasing tree plantation and maintaining the ecosystem.

Expressing his gratitude to the people of Ladakh for awarding, His Holiness said he was greatly pleased with the receptions and devotions received from the Ladakhis while promising similar visits in the future. He advised students to study well and Buddhist followers to wholeheartedly study and practice the teachings of Buddha. His Holiness the Dalai Lama with dignitaries holding a thangka of citation. Photo / Tenzin Choejor / OHHDL