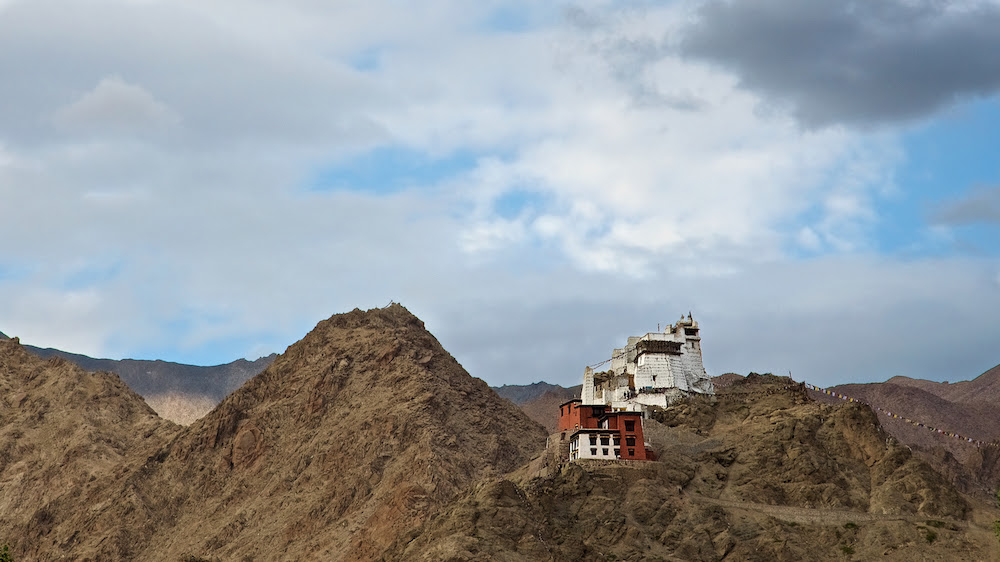 Ladakh got its name from the high altitude mountainpasses. “La” means Passes and “Dhak” means many, in short, Ladakh literally means land of many passes.Ladakh is always a favorite place for adventure lovers.

Situated at an average altitude of over 11,000 feet Ladakh (literally- ‘land of high passes’), nestling in the Himalayas, is a place like no other. A high altitude cold desert, its dramatic landscape is the closest most of us will ever get to the moon. Vast plateaus bounded by towering massifs, verdant valleys that surprise you with a splash of vivid green, the highest motorable pass in the world, incredibly blue skies, remote monasteries built on hilltops, air so clear you can literally see for miles, but also so thin that you had better acclimatize before you undertake any serious walking… and above all the Ladakhi people- simple folk, full of warmth and wisdom.

Indian govt.this week passed a controversial bill revising the status of the far northern state of Jammu and Kashmir, dividing it into the two union territories of Ladakh, and Jammu and Kashmir. While the move has garnered widespread criticism from both inside and outside India, it also serves to grant Ladakh a fresh identity that sets it apart geographically, administratively, and demographically from neighboring regions as India’s first Buddhist-majority union territory.

Ladakh, known as “the land of high passes,” is an arid, mountainous area and the highest plateau in the Jammu and Kashmir region of India’s far north, bordering with Tibet. Extending from the mountains of the Himalaya to the Kunlun Range and including the upper valley of the Indus River, much of Ladakh stands at elevations in excess of 3,000 meters. On Monday, the upper house of India’s parliament passed a bill, known as the J&K Reorganisation Bill, that will reconstitute Ladakh as a union territory, separate from the rest of Jammu and Kashmir. On Tuesday, the bill was passed by the lower house and is waiting to be formalized by the president of India, Ram Nath Kovind.

The passing of the bill and the bifurcation of the state of Jammu and Kashmir by the government of Prime Minister Narendra Modi revokes the politically sensitive Article 370 of the Indian constitution, which granted special status to Jammu and Kashmir. As a union territory, Jammu and Kashmir will retain its own legislature, while Ladakh will not have a separate legislature.

India is a federal union comprising 28 states and nine union territories. Unlike India’s states, which have their own governments, union territories are normally administrative divisions governed directly by the central government.

The central government’s move is highly politically charged, both from a domestic perspective and particularly in relation to diplomatic ties with neighboring China and Pakistan. Jammu and Kashmir is part of the larger region of Kashmir, which has been the subject of heated territorial disputes between China, India, and Pakistan following the Partition of India in 1947. The western and northern territories of Kashmir, Azad Kashmi and Gilgit-Baltistan, are administered by Pakistan, while the eastern Aksai Chin region, bordering Tibet, has been under Chinese control since 1962, following a brief but bloody conflict with India.

The passing of the bill was preceded by a significant buildup of India’s military in the state, a statewide cut-off of internet and mobile connections, and the arrests of local political leaders opposed to the decision. No incidents of violence have been reported from the region.

Jammu and Kashmir is composed of three culturally distinct regions: the Hindu majority Jammu Division, the Muslim majority Kashmir Valley, and Ladakh, which has a combined Buddhist-Hindu majority. As a state, Jammu and Kashmir is the only one in India with an overall Muslim-majority population. Ladakhi Buddhists have long claimed that the state’s policies have been vastly Kashmir-centric and discriminated against them.

Ladakh itself spans some 59,146 square kilometers, although much of its landscape is inhospitable, with just 274,000 residents, of whom 133,000 are Buddhists. The rest of Jammu and Kashmir is roughly 163,090 square kilometers with a population of about 12.2 million. 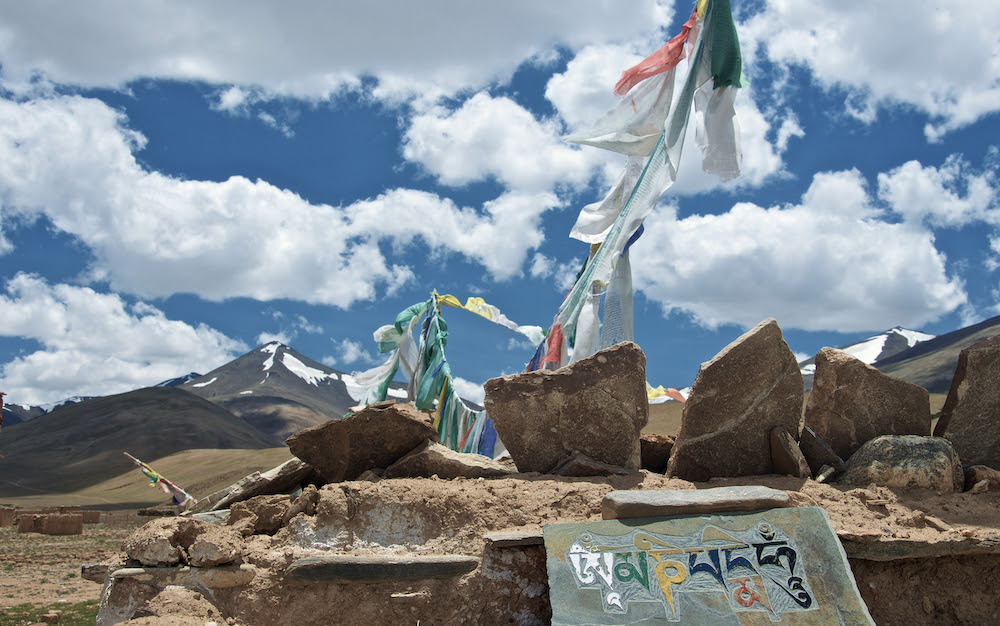 Speaking to the lower house of Parliament on Tuesday, Ladakh MP Jamyang Tsering Namgyal of the ruling Bharatiya Janata Party (BJP) observed that Ladakh had, to date, been largely excluded from national and regional development initiatives, dwarfed by Muslim majority Jammu and Kashmir, despite pleas from its Buddhist population to India’s successive governments.

“Today is that day in Indian history when the mistakes made by the congress under the leadership of Pandit Jawaharlal Nehru [the first prime minister of India] are being rectified,” said Namgyal. “In 1948, the president of the Ladakh Buddhist Association had requested Pandit Jawaharlal Nehru to either bring Ladakh directly under central administration or make it a part of East Punjab, but under no condition keep Ladakh with Kashmir. But the government at the time didn’t even listen to us. And because we are under Kashmir, till date Ladakh has not been developed.” (LiveMint)

While the Buddhist-majority enclave has largely lauded the government’s move in the hope that the change that could spur economic and infrastructure development and increase tourism in Ladakh, China has condemned India’s decision as a direct threat to its influence in the contested western Himalaya. In a statement issued on Tuesday, Beijing described the move as “unacceptable.”

Chinese Foreign Ministry spokeswoman Hua Chunying said Beijing disputed the inclusion of what it claims as Chinese territory on the Indian side of 3,500-kilometer Himalayan border. “India’s unilateral amendment to its domestic law continues to damage China’s territorial sovereignty. This is unacceptable,” said Hua. (Reuters)

Narendra Modi  ✔@narendramodi
Special congratulations to the people of Ladakh! It is a matter of great joy that their long-standing demand of being declared a Union Territory has been fulfilled. This decision will give impetus to the overall prosperity of the region and ensure better developmental facilities.

Indian Foreign Ministry spokesman Raveesh Kumar responded yesterday by stating that the Ladakh decision was an internal matter: “India does not comment on the internal affairs of other countries and similarly expects other countries to do likewise.” (Reuters)

Speaking on condition of anonymity, a senior central government official was quoted as saying yesterday that, the move would help India “exercise better geopolitical control over the area.” (LiveMint)

In the city of Leh, Tsering Samphel, a veteran politician from the Congress Party in Ladakh, was quoted on Tuesday as saying: “We are very happy that we are separated from Kashmir. Now we can be the owners of our own destiny.” (Reuters)

Sitting at an altitude of 3,524 meters, Leh is a high-desert city in the Himalayas and the capital of the new union territory of Ladakh. Leh district has a large ethnic Tibetan population, most of whom speak Ladakhi, an East Tibetan language, and practice Vajrayana Buddhism.

PM Modi issued a series of tweets on Tuesday lauding the passing of the bill, in one tweet stating: “I salute my sisters and brothers of Jammu, Kashmir and Ladakh for their courage and resilience. For years, vested interest groups who believed in emotional blackmail never cared for people’s empowerment. J&K is now free from their shackles. A new dawn, better tomorrow awaits!” (Twitter) 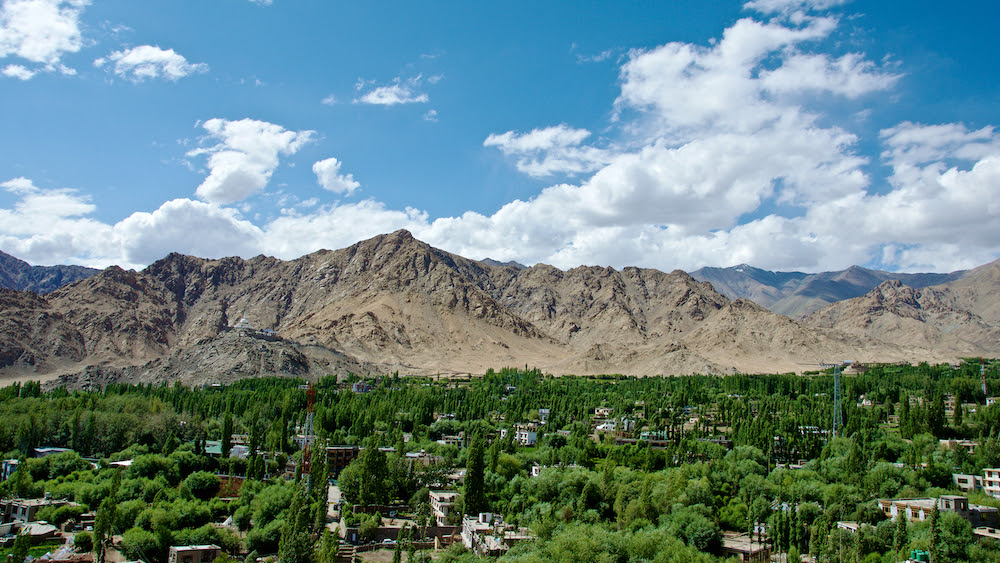