The problems we face today, violent conflicts, destruction of nature, poverty, hunger, and so on, are human-created problems which can be resolved through human effort, understanding and the development of a sense of brotherhood and sisterhood. We need to cultivate a universal responsibility for one another and the planet we share.
Dalai Lama

Roughly one in seven children in Japan—or 2.8 million children—live in relative poverty, according to media reports, making it one of the most serious, albeit tragically hidden, social problems in contemporary Japanese society. While Japan is a modern and wealthy nation, economic distress often goes hand in hand with social isolation, and most instances of child poverty can go unnoticed until a tragic case makes its way into the mainstream media. In one such case, a 28-year-old mother and her three-year-old son died of starvation in Osaka in 2013, shocking the nation and inspiring Buddhist priest Seirou Matsushima to find a way to address the crisis.

A surprising number of households in Japan, most notably single-parent households, are unable to bear the expense of raising a child. And while some especially vulnerable children have trouble even accessing one meal a day, Buddhist temples across the country receive large quantities of food as devotional offerings as expressions of dana. In 2014, Matsushima founded the Otera Oyatsu Club or “temple snack club” to address child poverty by redistributing surplus of food at the temples to families and children in need.

The club itself has adopted a go-between role in realizing the initiative: temples across the country can sign up for the the Otera Oyatsu Club, which collects the various food donations given to temples by parishioners and distributes them to local support groups or organizations, which in turn ensure the offerings make their way to families and children in need.

The issue of relative poverty in Japan is, according to the organization, both an economic and social problem. The accompanying social isolation means that seeking help is often (or might seem to be) impossible. By partnering with local organizations and support groups, the Otera Oyatsu Club seeks to break through this isolation, providing food, fresh fruit, social support, and well-being services to those in need via their local partners, deepening the relationship between children, parents, and support groups. 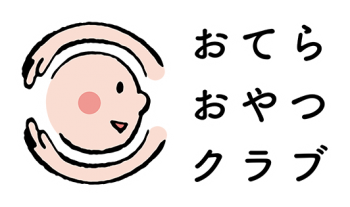 This operating formula has proven to be quite successful. Since its foundation in 2014, the Otera Oyatsu Club network has grown to include 975 temples and 392 support groups across the nation as of October 2018, which together manage to distribute food and other necessities to more than 9,000 children each month. And parents who receive food and aid via the club often mention that they feel that they are not completely alone, and that there are others looking out for them.

The Otera Oyatsu Club has also started the Otera Oyatsu Theater, a puppet and picture show performed by monk Masahiro Yamazoe that can be booked to perform across Japan, aiming to deliver healthy and much-needed smiles to children who, perhaps, do not have much time to smile, be it due to their circumstances or the pressure to perform in school.*

Earlier this year, the club received the grand prize at the Good Design Awards in Japan. The award was founded by Japan’s ministry of International Trade and Industry in 1957 and is an annual event hosted by the Japan Institute to promote Japanese design. Albeit perhaps an interesting choice for a design award, the Otera Oyatsu Club impressed the jury and won because it: “embodies the message of the Good Design Awards: enriching our lives and society through design, and broadening the fields where design can play a role—ultimately leading to the creation of the society where everyone can lead a full, and creative life.” (Designboom)

Those interested in the project can support the Otera Oyatsu Club by donating to one of the associated temples or via their website (in Japanese only). The club also accepts monetary donations and used books.

* According to a BBC news report, youth suicides in Japan are at a 30-year high: Suicides among Japanese young people hit 30-year high (BBC)