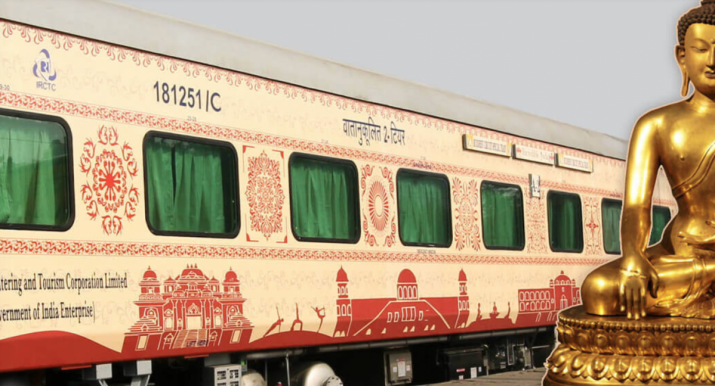 The Railways will run its first Buddhist Circuit train from this Saturday to October 26 covering sites related to Gautam Buddha in India and Nepal.

The Buddhist circuit is a globally important route for over 500 million Buddhists, along the life of Buddha across Nepal and India, from Lumbini, where he was born; Bodh Gaya where he attained enlightenment; to Kushinagar; where Buddha achieved salvation.

The Ministry of Railways, has reintroduced the Buddhist Circuit special train service, also known as the Mahaparinirvan Express, building on its successful run last year. The service travels to destinations associated with the life of the historical Buddha in India and Nepal over eight days, beginning and terminating at Safdarjung railway station in South Delhi.

According to The Indian Rail Catering and Tourism Corp (IRCTC), the service, which this year started running on 19 October, covers key pilgrimage destinations that include: Lumbini in Nepal, the birthplace of Shakyamuni Buddha; Bodh Gaya, the site where the Buddha attained enlightenment; and Sarnath, the location of the Buddha’s first sermon, Kushinagar, the place of the Buddha’s Mahaparinirvana. It also takes in other Buddhist destinations, such as Nalanda, Rajgir, and Shravasti. A stop at Agra is also included in the itinerary, allowing passengers to visit the iconic Taj Mahal, an immense mausoleum of white marble commissioned by the Emperor Shah Jahan (r. 1628–58) in memory of his wife.

“The significance of these destinations can be seen in the Mahaparinirvana Sutra, wherein the Lord Buddha tells his followers that they can attain merit and a noble rebirth by going on pilgrimage to these places,” Indian Railways said in a statement. (The Hindu) 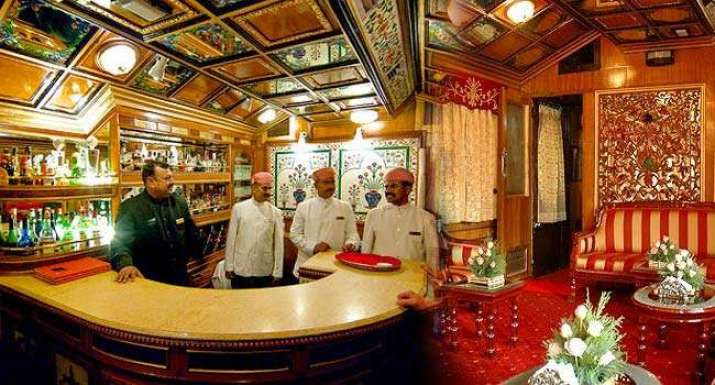 Inside the Mahaparinirvan Express. From palaceofwheels.wordpress.com

The Mahaparinirvan Express is fully air conditioned and offers different classes of travel: a first class AC carriages with 96 seats, two-tier AC carriages with 60 seats, and two exclusive dining cars each with a capacity of 64 guest, along with a pantry car. The package cost is Rs1,23,900 per couple in first class and Rs1,01,430 per couple for the two-tier carriages. The itinerary includes road transport by deluxe coach for the Nepal leg of the tour, accommodation during visits, and meals, the services of tour managers and guides, entrance fees, and travel insurance.

The published route and itinerary of the train journey is as follows:

Day One: Departure from Safdarjung railway station in South Delhi to Gaya.

Day Two: Visit Bodh Gaya temples by bus, with an overnight stay at a hotel in Bodh Gaya.

Day Three: Visit Rajgir and Nalanda by bus, and then board the train at Gaya to travel to Varanasi.

Day Four: Arrival at Varanasi, with a visit visit Sarnath, and attend an evening Ganga Aarti ceremony on the bank of the Ganges River in Varanasi. Board the train to Nautanwa at Varanasi.

Day Five: Visit Lumbini in Nepal by bus, including an overnight stay at a hotel there.

Day Six: Visit Kushinagar by bus and then proceed to Gorakhpur railway station for departure to Balrampur.

Day Seven: Visit Sravasti by bus and return to Balrampur for departure to Agra.

Day Eight: Visit the Taj Mahal in Agra and Fatehpur Sikri, before returning to Delhi.

Some features and provisions of the railway tour include personal digital lockers, cubicle showers, single-seat sofas, and foot massages. Security guards are also deployed in each carriage. According to the official Mahaparinirvan Express website, the tours will run until March next year