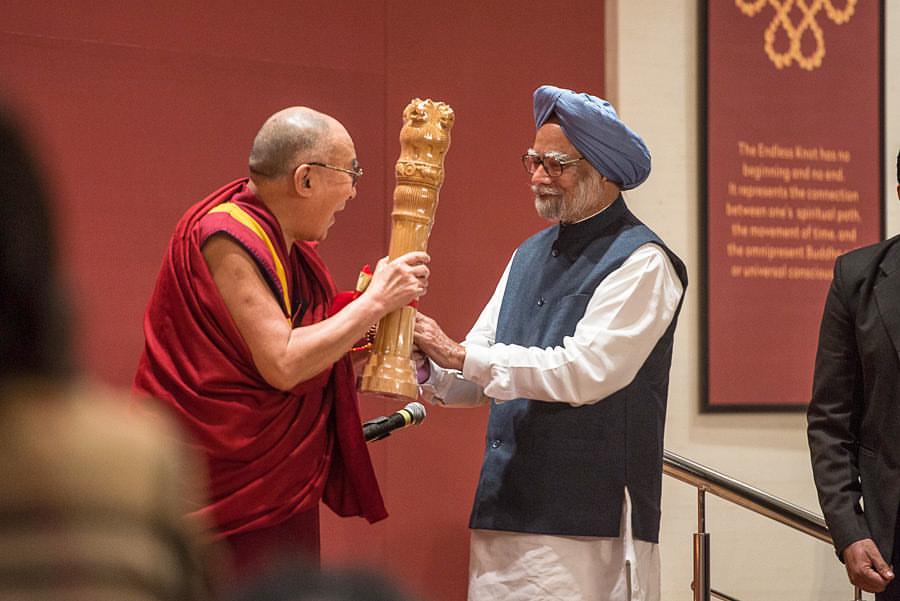 His Holiness the Dalai Lama said august gathering the world needs to be more compassionate and peaceful now more so than ever before. “If we hear that a human is killed by a tiger or an elephant we tend to be surprised. But today we know humans are killing humans in the name of religion and national interest, and such incidents have become normal for us, it’s unthinkable,” said the Tibetan leader who spent half day at Oberoi hotel, where a gathering ‘Celebrating Dalai Lama’ was organized.

His Holiness told the gathering that India should take a more active role in promotion of religious harmony by showing the world that different faiths can coexist. “Despite occasional incidences of violence by some mischievous people, all major world religious traditions exist peacefully in India.”

The Tibetan leader said modern technology can provide physical comfort and ancient Indian philosophy; the basis of Nalanda tradition can bring inner peace. He added that among several countries where Buddhism reached only Tibetans have kept over 300 volumes of texts including Buddha’s own words and great Nalanda scholars alive.

“It is our duty to repay all your knowledge which we kept, so these knowledge not only ancient knowledge but every relevant even in today’s world,” said His Holiness.

His Holiness said that mental hygiene is also important like physical hygiene and that the ancient Indian knowledge about emotions makes an individual more capable of dealing with various kinds of emotions.

His Holiness expressed his appreciation to his Indian friends who have arranged the event to celebrate his birthday.