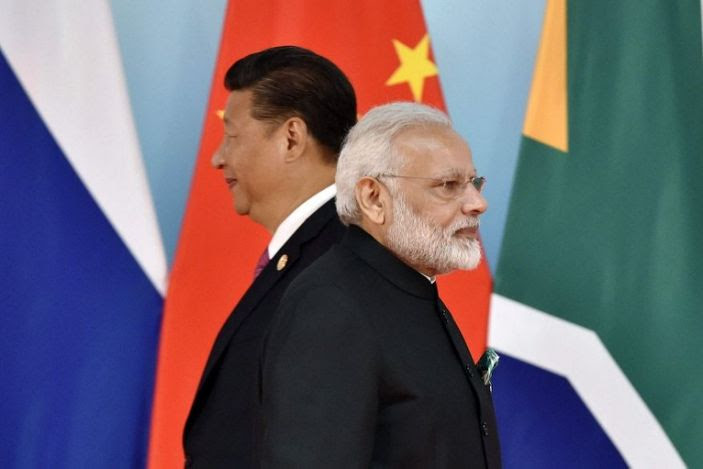 The Great Indian Trade Wall: From App Ban to Huawei Snub to Highway Hurdle, India Hits China Where it Hurts

Within a span of 48 hours, the central government banned 59 of the largest Chinese apps in the country, including the likes of TikTok and UC browser; targeted Chinese telecom and tech giants Huawei and ZTE by cancelling 4G upgrade tenders, and barred Chinese companies from participating in Indian highway projects, including through the joint venture route.

This economic escalation, in the backdrop of a two-month-long standoff that led to a bloody fracas on June 15, is designed to send a message to Beijing that India will not hesitate to rethink a trade relationship with a country actively seeking to harm it.

The government’s decisions, measured in response to a military conflict, strike at a number of China’s leading technology companies like ByteDance, Alibaba, Tencent and Baidu- that are key to China’s ambitions to expand its power.

The Indian government’s policy threatens to undo the success these companies have enjoyed as they are shut out of the world’s fastest growing mobile arena.

These companies, which themselves thrived behind a China-imposed Great Firewall that kept out America’s best-known internet names, help Beijing increase its soft power, weaponise its economic and technological ability, and wage an information war in the digital age.

China had itself began putting up walls within the global internet years ago, by blocking Silicon Valley giants like Google, Facebook and Twitter. This created a controlled environment in which homegrown companies flourished, and helped the Communist Party could keep a tight grip on online conversation.

But now as Chinese tech businesses are trying to make it big overseas, the Indian government’s policy threatens to undo the success these companies have enjoyed as they are shut out of the world’s fastest growing mobile arena.

TikTok, which built a huge audience in India as part of a forceful and well-funded expansion around the world, will be the most affected. The app has been installed more than 61 crore times in India, accounting for nearly a third of its worldwide user base.

The Indian government’s decision will also have wider geopolitical ramifications as it comes at a time when misgivings about the Communist Party are growing in the United States and European nations.

All these steps will come with certain costs as China could hit back through economic coercion in sectors like pharmaceuticals, taking advantage of a severely unbalanced trade relationship.

The tensions have already caused a severe hit to Huawei, the Chinese smartphone and telecom equipment giant, which was cut off from US technology suppliers after accusations that it is a Trojan horse for Beijing’s cyberspies.

India is also now looking to bar China’s telecommunications infrastructure for upgrade of its 4G network, and more significantly, the rollout of the 5G networks. With several other countries also signalling intent to control Chinese expansion in such critical sectors, India’s decisions could be the beginning of a trend.

Yet all these steps will come with certain costs as China could hit back through economic coercion in sectors like pharmaceuticals or other industries, taking advantage of a severely unbalanced trade relationship.

India’s trade deficit with China was roughly $57 billion last year, and the figure has only increased over the last six years. In addition, India does not matter quite as much to China as it matters to us, in trade terms.

While China’s share in India’s import basket is 13-14 per cent, the estimated share of exports to India in China’s entire export basket is about 3 per cent.

However, along with the decision to shut out Chinese companies, what is also significant is the relaxation of norms to encourage Indian firms – both in telecommunications and in the highway sector. Time is now ripe for India to frame a long term policy of import substitution and increasing manufacturing competitiveness.