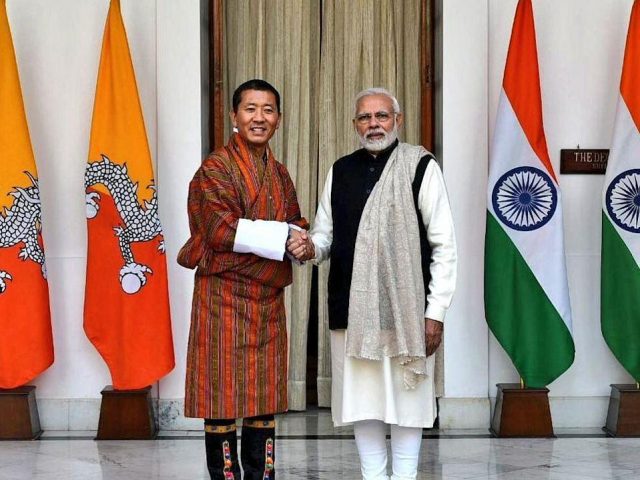 During the talks, the two sides reviewed the progress of the projects supported by GoI under the 12th FYP and approved some new projects and reprioritization of some others whose implementations have been affected by the Covid-19 pandemic. The meeting also discussed the progress of important projects that are being implemented outside the 12th FYP.

The Bhutanese side expressed appreciation to the people and the Government of India for their unstinted support and cooperation extended to Bhutan during the difficult time of the Covid-19 pandemic.

Deepening the bilateral relationship between India and Bhutan, New Delhi has committed assistance of Rs 4,500 crore for the implementation of development projects and Rs 400 crore for transitional trade support facility, reports Livemint.

According to the Ministry of External Affairs, India’s commitments have been made under Bhutan’s 12th Five Year Plan. This comes as the two nations on Monday (28 June) held the third India and Bhutan Development Cooperation talks. The talks were held virtually, and the officials from the two sides reviewed the progress of various developmental projects by India in Bhutan.

Bhutanese Foreign Secretary commended the role played by India in the socio-economic transformation of Bhutan and also highlighted the impact of HICDPs at the grassroots level. He further appreciated the Indian gesture to frontload the release of funds for various projects, keeping in view the COVID-19 pandemic.

The two sides agreed to hold the next Development Cooperation Talks in Thimphu at a mutually convenient date.

The Talks were held in a friendly and cordial atmosphere in keeping with the excellent bonds of friendship and cooperation between the two countries.