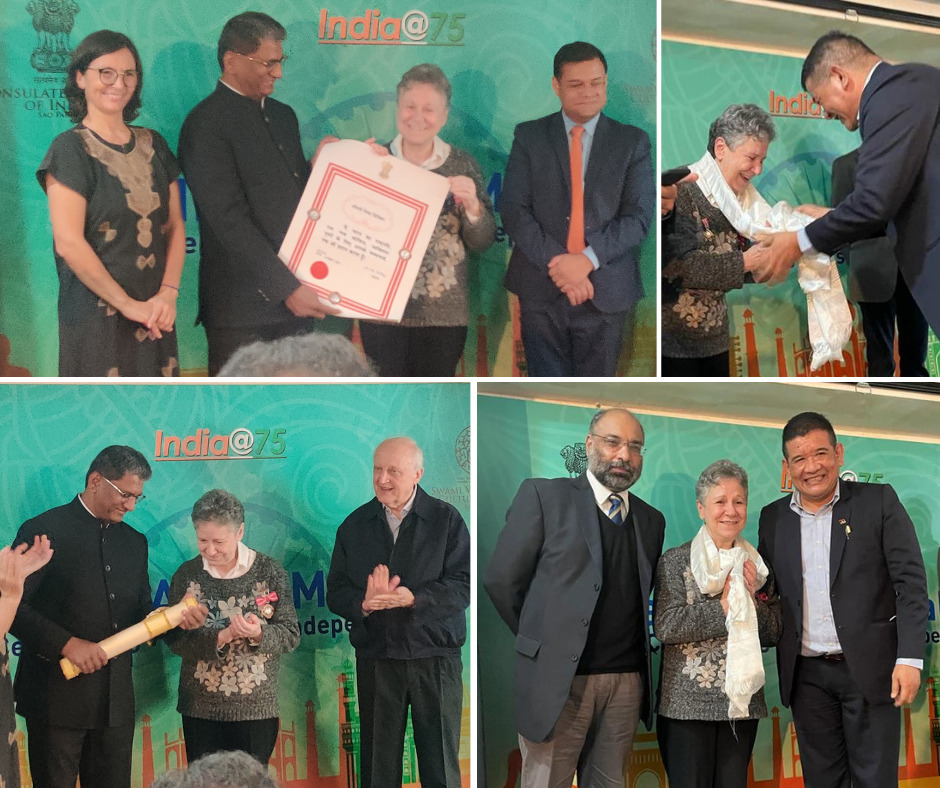 Delivery of the Padma Shri Award to Professor Lia Diskin in São Paulo by the Ambassador of India on May 6, 2022.

São Paulo: His Holiness the Dalai Lama congratulates Professor Lia Diskin on receiving the Padma Shri, India’s fourth highest civilian award, in recognition of her outstanding service in the field of Social Works. The Padma Shri Awards is one of India’s highest civil honours and seeks to recognise achievements in every field of activity or discipline in which a public service space is involved. Exceptionally, it is granted to non-Indian citizens. The prize was awarded to Professor Lia in January 2020, but the award was handed over today on May 6, 2022, at the Swami Vivekananda Cultural Center in São Paulo. Representative Jigme Tsering and most of board members of Tibet House Brasil were also invited to the ceremony.

Professor Lia Diskin, writer and co-founder of Associação Palas Athena Palas, is also a distinguished member of the board of directors of Tibet House Brasil and coordinator of the visits of His Holiness the Dalai Lama to Brazil. Her other awards include the Prize for her contribution in the area of ​​Human Rights and Culture of Peace received at the reception of the 60th anniversary of UNESCO; the International Award from the Jamnalal Bajaj Foundation of India for her contribution to the promotion of Gandhian values; the 2010 Trip Transformadores Award. She is the editor of more than 50 works by renowned authors, author and co-author of a dozen books, the most recent being: “Vamos Ubuntar? An Invitation to Cultivate Peace” (UNESCO) and “Culture of Peace – Networks of Coexistence” (SENAC). Coordinator of the Culture of Peace Committee, a Palas Athena and UNESCO partnership.

Graduated in Journalism with a specialisation in Literary Criticism from Instituto Superior de Periodismo José Hernandez, in Buenos Aires, she also studied the Upanishads at the Vedanta Society in Uttar Pradesh, India and specialised in the philosophers Nagarjuna and Kamala Shila at the Center for Tibetan Studies and Library of Tibetan Works and Archives in Dharamsala, India. 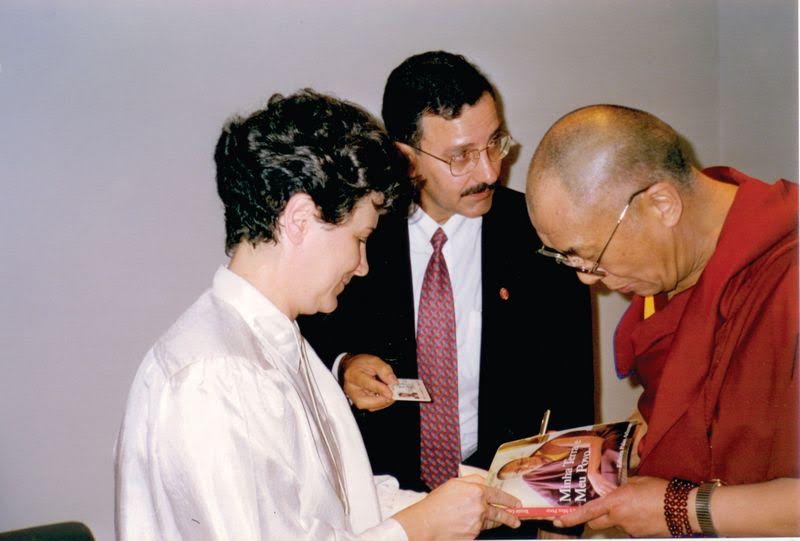 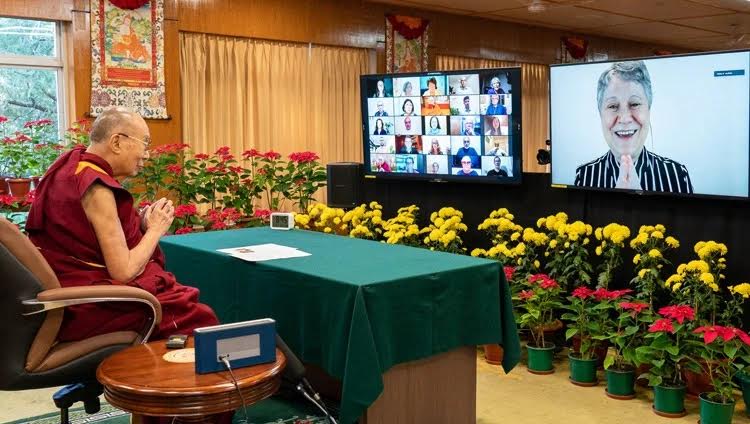 Prof Lia Diskin from Palas Athena, Brazil welcoming His Holiness the Dalai Lama to an Educating the Heart conversation online from his residence in Dharamsala, HP, India on November 24, 2021. Photo by Ven Tenzin Jamphel.