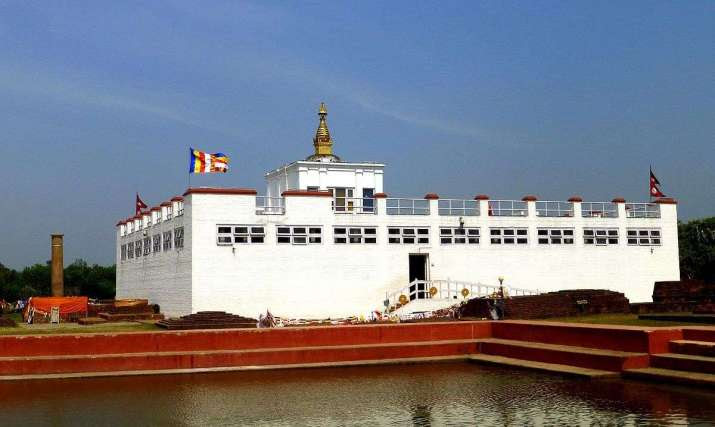 Lumbini is among the four holy sites that pilgrims from the world over travel to during their lifetime.

There are also tourists who come to Lumbini it is a centre for learning about Buddhism with a library, museum as well as monasteries built by various countries within the World Heritage Site designed by Japanese architect Kenzo Tange 40 years ago.

Tange’s master-plan divides Lumbini into three zones of 1 sq mile each: the sacred garden consisting of the Maya Devi Temple, the monastic zone that has monasteries from around the world, and the new Lumbini village with modern facilities for visitors. The master plan which had been languishing for decades is now being expedited under the leadership of Metteyya Sakyaputta (Awadesh Tripathi), a Buddhist monk himself.

“For the past 40 years, we never set a deadline or had an urgency to complete the master plan. Now, we have opted for international bidding and selected the best from around the world. This will ensure that the work is completed as soon as possible.” says Ven Metteyya.

“Around five aircraft can be parked with some facility for push back area,” said Prabesh Adhikari, chief engineer of the GBIA project. “This is a 4E-category airport and we can accommodate Boeing 777-200, Airbus 330-300 aircraft, which are coming to TIA as well.” (Daily Mirror)

Situated in the municipality of Siddharthanagar in Rupandehi District, Province No.5, some 280 kilometers from Kathmandu, and about 24 kilometers from Lumbini, believed to be the birthplace of Shakyamuni Buddha, GBIA was formerly known as Bhairahawa Airport, which opened as a domestic airport in 1958. In 2015, Prime Minister Sushil Koirala laid the foundation stone for the GBIA project to turn Bhairahawa into an international airport with a deadline of December 2017. The contract to upgrade the airport was awarded to a Chinese company, Northwest Civil Aviation Airport Construction Group. However, due to various factors, including the 2015 Nepal earthquakes, political turmoil, a shortage of construction materials, and payment issues between the Nepali contractor and the Chinese contractor, the deadline has been revised twice.

“The construction work of the project has been separated into two packages—international competitive bidding (ICB I and II) and works in both packages are going on in a parallel manner,” said chief engineer Adhikari. “The car parking area too is currently under construction. In order to achieve its progress, we have encouraged night work and hope to commence operations in mid-2020.” (Daily Mirror)

Artist’s impression of the new GBIA. From dailymirror.lk

With an estimated price tag of Rs6.23 billion (US$54.5 million), according to media repoerts, the GBIA project has received funding assistance from the Asian Development Bank (ADB) and the OPEC Fund for International Development (OFID). The remaining cost will be borne by the Civil Aviation Authority of Nepal.

According to the ADB’s country director for Nepal, Mukhtor Khamudkhanov, GBIA is a one of several connectivity projects that the international financial institution is supporting to strengthen regional economic activity.

“This is a regional tourism project, but there are other tourism components as well. The airport constitutes 70–80 per cent of the major project funds,” said Naresh Pradhan, ADB Nepal’s resident mission senior project officer transport. “In the beginning it was approved only as a regional airport, but in 2012 the government decided to convert it to a fully fledged international airport due to unpredictable weather conditions. In the event of a disaster, there is no other alternative airport for Nepal either. Considering this request, ADB decided to allocate an additional funding of US$30 million to fund this airport.” (Daily Mirror)

A 3,000-meter runway and the three linking taxiways have reportedly already been completed, while an administrative building, control tower, and arrival and departure terminals are still under construction.

Lumbini attracted some 1.5 million international visitors last year, including approximately 59,959 Sri Lankans, according to the Sri Lankan newspaper the Daily Mirror. Once operations commence at GBIA, Sri Lanka will be one of the first countries to start direct flights. Cambodia, India, and Thailand have also expressed interest in starting airline operations at GBIA. GBIA under construction. From spotlightnepal.com

Ven Metteyya says most of the remaining work in infrastructure, drainage, waste water treatment facility, walkways, a centralised drinking water system, and pond construction is being expedited. Work for solar-powered charging stations in Lumbini is also expected to be complete in the next month. Electrification and a free WiFi network is being established for the entire masterplan area through which visitors can download an app that will help them navigate through the sprawling site.

This is an important project to resolve the information deficit Lumbini currently suffers from, especially in the international monastic zone which is divided into two parts by the central canal. The eastern part has Theravada tradition temples and the western portion has shrines belonging to the Mahayana sect.