Buddhism originated in Ancient India sometime between the 6th and 4th centuries BCE, from where it spread through much of Asia, where after it declined in India during the Middle Ages. Two major extant branches of Buddhism are generally recognized by scholars: Theravada (Pali: “The School of the Elders”) and Mahayana (Sanskrit: “The Great Vehicle”). Buddhism is the world’s fourth-largest religion, with over 520 million followers or over 7% of the global population, known as Buddhists.
Buddhism is China’s oldest foreign religion. It merged with native Taoism and folk religion. Ancient Buddhism taught by Buddha involved reaching Enlightenment through meditation.
China’s government has issued a series of new directives to Buddhist and Taoist temples across the country aimed at curbing commercial, for-profit activities at religious sites, banning commercial capital injections, and prohibiting temples from being commercially managed and from organizing for-profit activities in the name of religion.

Twelve government departments—including the State Administration of Religious Affairs (SARA), the Publicity Department of the Communist Party of China Central Committee, the Office of the Central Leading Group for Cyberspace Affairs, and the Ministry of Public Security—jointly issued a document detailing a series of regulations aimed at reigning in commercial activities at temples late last last month. The document states that the commercialization of temples and other religious sites has become “a notable problem” in recent years that “not only impacts the healthy inheritance and development of Buddhism and Taoism, but also degrades social conduct and causes corruption problems.” (Sixth Tone)

Buddhism has become big business in China. Since the 1980s, when the Communist Party of China (CPC) began easing restrictions on religion and the construction and renovation temples, there has been renewed interest in religion in general and Buddhism in particular. With the more recent boom in domestic tourism, many temples, regional officials, and businesspeople have recognized the accompanying opportunities to make a profit.

Many new Buddhist sites targeting domestic tourists have sprung up throughout the country, and plans are afoot for dozens more. Examples include the 128-meter-high Spring Temple Buddha statue in Henan Province, the statue of Guan Yin of the South Sea of Sanya in the island province of Hainan, and plans in Gansu Province to connect the historic Mogao Caves in Dunhuang with the sand dunes of another nearby tourist attraction.

While temples are permitted to engage in commercial activity, for example selling religious objects and artworks, and publishing books, the SARA said in a statement that revenue from such enterprises should be directed toward temple maintenance and operating costs, and charity programs.

Master Xuecheng, president of the Buddhist Association of China (BAC), noted that commercial activities at Buddhist temples should only be a means for promoting Buddhism in approachable ways and not for financial profit.

“Many of the commercialized Buddhist temples are actually not authorized religious facilities run by religious personnel,” he stated, adding that staff members at those temples would ask visitors to pay outrageously high prices for lighting incense to prove their devotion. “People will then think all temples are like that, so the reputations of authorized temples are damaged too.” (Ecns.cn)

The new rules forbid temples from overcharging visitors for entry, erecting large, poor-quality religious statues in public spaces, and calls for stricter regulation of practices such as life release—a tradition of freeing captive animals in the belief that the practitioner will earn karmic merit—over concerns about animal exploitation by for-profit businesses. The directive also prohibits unauthorized religious facilities from erecting donation boxes and the collection of donations from unauthorized online platforms. 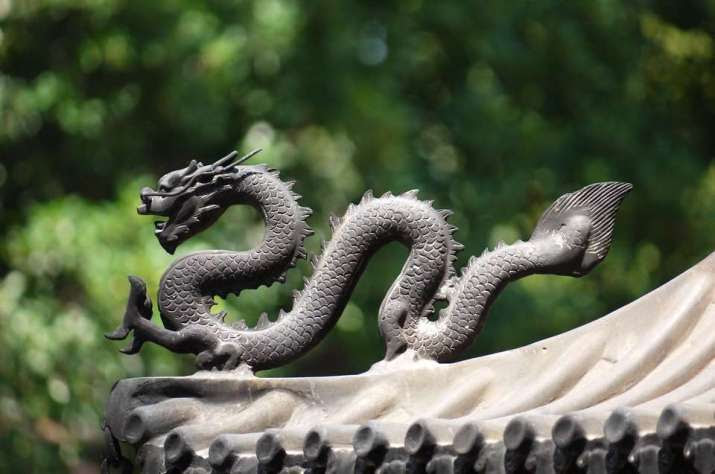 “Some ancient temples have been encompassed by so-called ‘cultural parks,’ with non-religious buildings constructed around them for commercial use,” said BAC deputy director Sheng Hui at a meeting of the BAC earlier this year. “To protect religious rights and uphold dignity, Buddhist associations across China have been asked to tighten their management of personnel and strictly prohibit any commercial activities.” (Xinhua Net)

As of 2015, according to official figures, there were 33,000 registered Buddhist temples and 8,200 Taoist temples in mainland China.

In modern China, the “Happy Buddha” is most commonly seen. He is depicted as being fat and laughing or smiling. The main goal of life in modern China is said to “be happy.” Maybe that is why Buddha is shown this way. The “Happy Buddha” has been the common popular Buddha in China for hundreds of years.