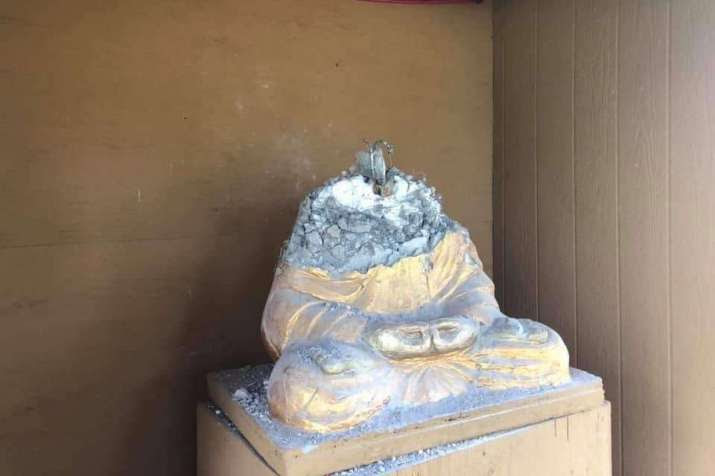 Image from gofundme.com
Fort Smith is the second-largest city in Arkansas and one of the two county seats of Sebastian County.
Buddhism is a faith that was founded by Siddhartha Gautama (“the Buddha”) more than 2,500 years ago in India. With about 470 million followers, scholars consider Buddhism one of the major world religions. Its practice has historically been most prominent in East and Southeast Asia, but its influence is growing in the West. Many Buddhist ideas and philosophies overlap with those of other faiths.

A man has been arrested of destroying three Buddha statues on Sunday, 5 April, at Wat Lao Santitham, a Buddhist temple in the city of Fort Smith, Arkansas. Twenty-one-year-old Shawn Michael Israel was caught on police body cameras at the temple with a hammer in his hand. Israel is heard saying that the statues were a “false idol . . . a false monument,” and that he was doing what God told him to do through scripture. (40/29 News)

Police officers arriving at the scene reported seeing Israel “beating on a gold Buddha statue, with a hammer, causing severe damage to it.” (WWLP 22 News) Officers confronted Israel and arrested him on charges of criminal mischief in the first degree. Shawn Isreal as photographed during a previous arrest. From wwlp.com

Buddhist Ken Chanthakhot told reporters at the scene, “everyday, that’s our life and it’s just something that traumatized me and it’s hurt my family. What about me, my life, I come here to worship. We are concerned, we’re just afraid to come here.” (40/29 News)

Fort Smith Police Chief Danny Baker noted: “I am saddened by this apparent act of religious intolerance and am grateful that our officers were able to apprehend the suspect.” (WWLP 22 News)

The damage has been estimated at US$10,000. “This incident has left many of the elderly members of the temple feeling hurt, speechless, and uneasy as the peaceful temple that they’ve visited every week in what had been a quiet area for decades has lost its tranquility,” wrote Thy Sorluangsana in his online fundraising effort for the temple. (Gofundme)

The fundraiser aims to replace the damaged statues and to extend security around the temple. As of this writing on 9 April, the appeal has raised just over US$3,000 of its US$20,000 goal.

As the novel coronavirus pandemic continues its spread in North America, so have racist attacks against Asians. In March, several Buddhist sites were desecrated in Montreal, Canada. Temple members there thought the acts were connected to racism in the face of the growing COVID-19 outbreak.*

In mid-March, the Asian Pacific Policy & Planning Council created the “Stop AAPI hate” website, aiming to collect stories of attacks on Asian Americans and Pacific Islanders in the United States. According to a press release, the website had gathered more than 1,100 reports between 19 March and 3 April.

“The flood of incidents related to anti-Asian hate—over 1,100 and counting—reflect the hostile environment that Asian Americans and Pacific Islanders face during this pandemic. The data helps us respond to specific community needs and make targeted policy recommendations. These include providing mental health resources to bullied youth and ensuring that stores provide safe access for AAPIs to their goods and services.” said Russell Jeung, chair and professor of Asian American studies at San Francisco State University. (Asian Pacific Policy & Planning Council) 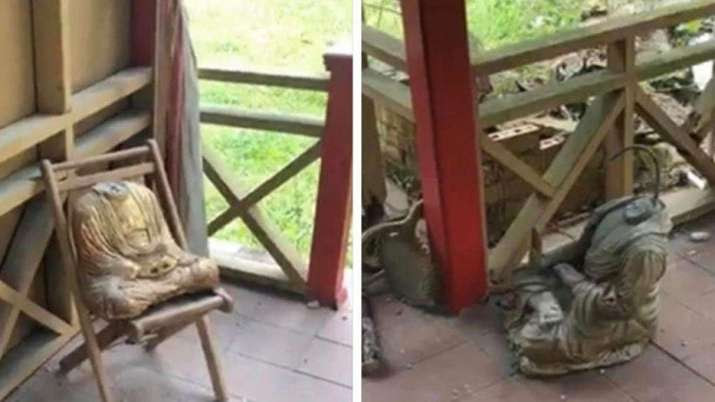 The attack in Fort Smith has prompted the Council on American-Islamic Relations (CAIR) to call for hate crime legislation. On 7 April, CAIR called for the Arkansas General Assembly to pass hate crime legislation in the state, one of only four states in the US without such a law, which would dictate that crimes motivated by discrimination against religion, race, ethnicity, or sexual orientation be tried at a federal level.

Wat Lao president Buasay Keobounson said he supported the push for legislation, adding: “I felt unhappy and sorry about [the vandalism] and feel unsafe for the monks.” (Times Record) 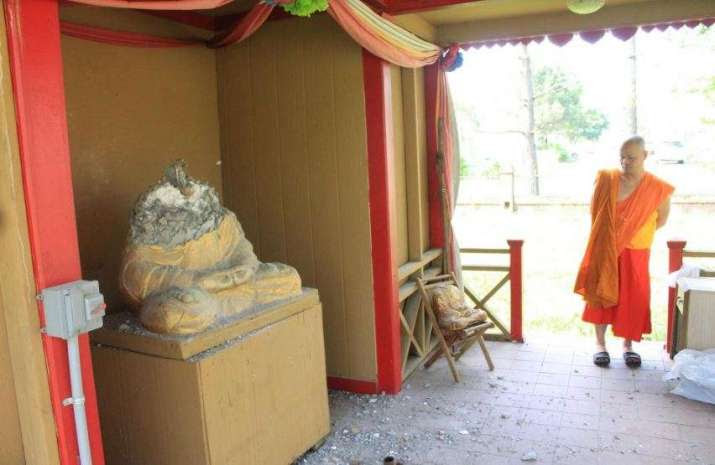 County prosecutor Dan Shue said charges may be filed at both the state and federal level. “Obviously, if a person targets another because of race, ethnicity, or religion, then that will certainly be taken into consideration for any disposition of the matter. Further, victim impact evidence is almost always a factor for determining what is the right thing to do,” said Shue. (Times Record)

Joel Finkelstein, director of the Network Contagion Research Institute, which tracks hate speech online, noted that verbal slurs such as “kungflu”—which conflate the pandemic with ethnic and national identity—can actively drive violence. “The words are like a virus,” he said. “That leads to actions that are visible.” (Washington Post)

Keobounson cited the COVID-19 pandemic, noting that he would be unable to replace the statues—imported from Thailand—until restrictions are lifted. Keobounson added that he did not want to visit the temple to minimize interactions with others while social-distancing advisories are in place. Keobounson added, on an optimistic note, that this was the first such act of violence at the temple over its 30 years in the community: “For the past 30 years, everything has been OK. We can live together peacefully.” (Times Record) A worship service prior to the coronavirus pandemic and vandalism at Wat Lao Santitham. From gofundme.comBuddhism encourages its people to avoid self-indulgence but also self-denial.Buddha’s most important teachings, known as The Four Noble Truths, are essential to understanding the religion.
source – Buddhistdoor
Share this...