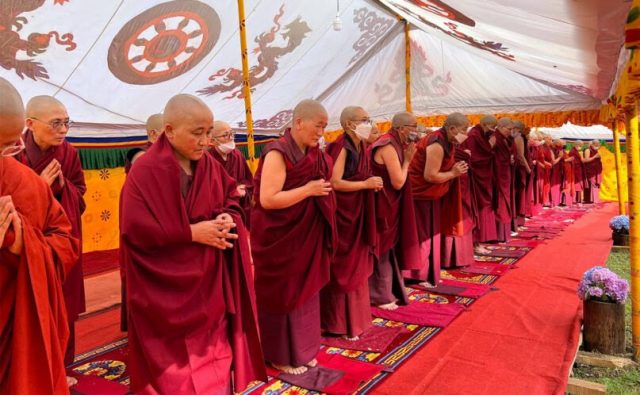 On Tuesday (June 21), the Je Khenpo, the senior Buddhist authority in Bhutan, began ordaining a group of 144 women as bhikshunis, or female monks, at the Ramthangkha monastery in the tiny Himalayan country.

The ceremony “is of historical importance for all women in Buddhism and brings Tibetan Buddhism into the 21st century,” said Bhikshuni Jampa Tsedroen, a German Tibetan author. “For these nuns, it is a major opportunity to demonstrate their abilities to contribute to Buddhism.”

Many of the new bhikshunis are Bhutanese, but some came to Bhutan from other countries in Asia. They are all being ordained in the Tibetan lineage.

A Facebook post on the central monastic body of Bhutan page posted the news, which was confirmed by Damcho Diana Finnegan, an ordained Buddhist nun and co-founder of the Dharmadatta Nun’s Community in Virginia.

Asked about the ceremony, Finnegan called it a “major step towards ending the institutionalized inequality between men and women in Tibetan Buddhism.”

The ceremony is the culmination of a decades-long movement for full ordination for women in the Tibetan lineage, which has faced heavy resistance from top-level monks, scholars and political leaders across Asia. The bhikshuni movement has picked up steam in recent years as women worldwide have sought to restore a practice of ordaining women established, they say, by the Buddha himself, but which slowly disappeared from much of the Buddhist world until now.

After the death of the Buddha, female monks were commonly considered one of the key elements of the four-pronged ideal Buddhist community, consisting of lay men, lay women, male monks and female monks. However, over time, war, famine and disease took the lives of bhikshunis across Southeast Asia and Tibet.

Women have continued to live ascetic lives as nuns but have been barred from taking the next step to full ordination. Officially their status was held back by rules of the monastic code that require bhikshunis to be ordained by other bhikshunis, who didn’t exist.

To break this bind, some women have taken other routes to full ordination. In 1996, a group of Sri Lankan nuns was ordained with help from Korean bhikshunis of the Mahayana lineage, which has never been broken. Since then, hundreds of bhikshunis have been ordained in Sri Lanka, in what Tsedroen describes as an “ecumenical ceremony,” essentially reviving the population. 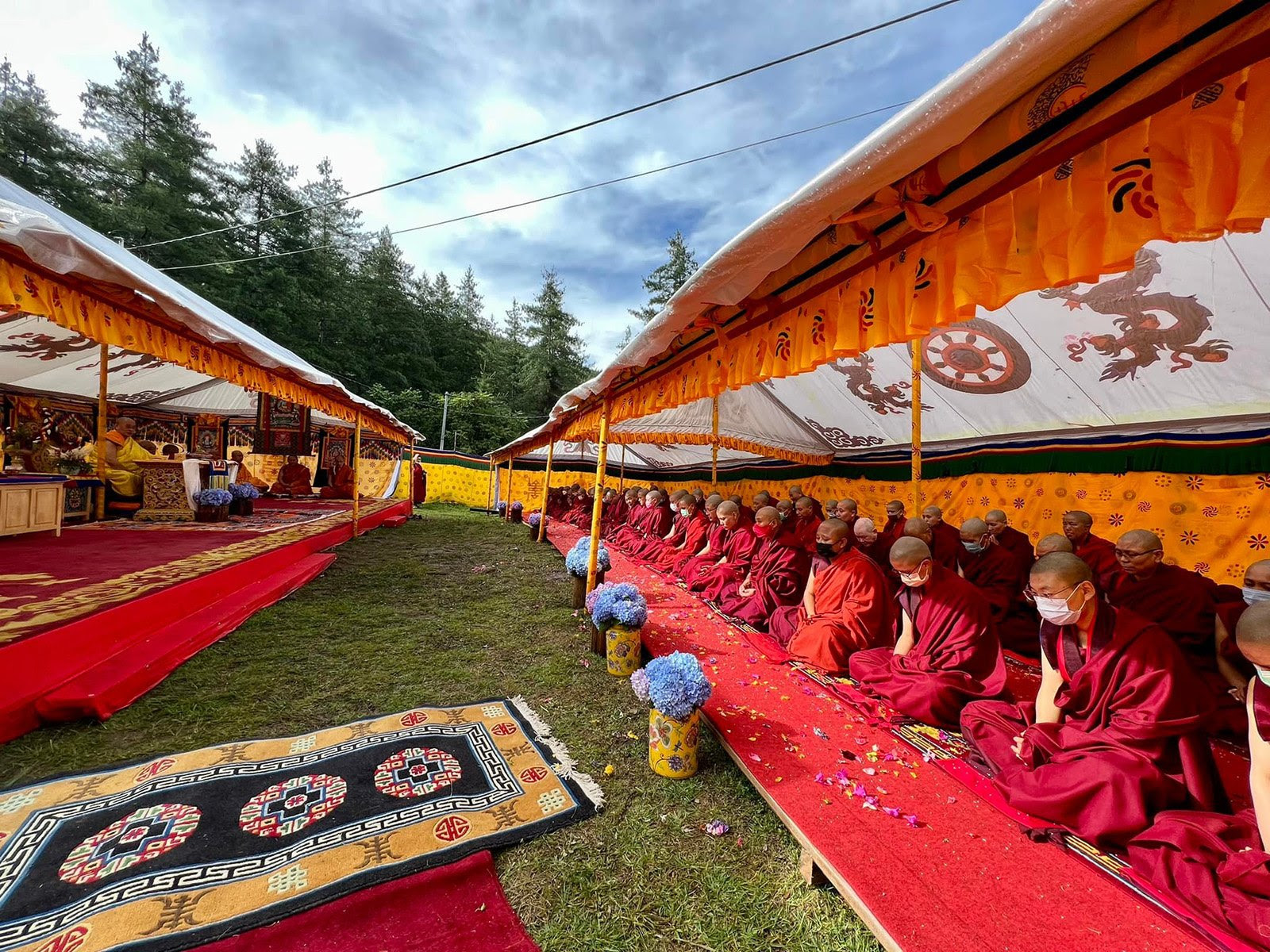 The Je Khenpo, seated left, the senior Buddhist authority in Bhutan, ordains a group of women as bhikshunis, or female monks,  June 21, 2022, at the Ramthangkha monastery in Bhutan. Photo via Facebook/Zhung Dratshang གཞུང་གྲྭ་ཚང་། Central Monastic Body of Bhutan

But in Bhutan, a handful of monks have taken ordination into their own hands and provided ordination to nuns without the presence of bhikshunis. Typically, this ceremony is only granted to a small number of women, and never on the scale seen on Tuesday. According to Finnegan, an ordination this large guarantees a sangha, or bhikshuni community, that will persist well into the future.

“All other lineages of Buddhism have had sanghas of women fully ordain as monks. This is the first time Tibetan Buddhist women are given that opportunity,” she said.

The current Dalai Lama has long encouraged bhikshuni ordination vows, and Bhikkhu Bodhi, a prominent monk in the Theravada lineage, practiced across India and Southeast Asia, has appealed to his legion of supporters to advocate for the bhikshuni movement. Influential Tibetan scholar-monk Geshe Lharampa Bhikshu Rinchen Ngudrup made a strong case for bhikshuni ordination in 2007 during a talk at the first International Congress on Buddhist Women’s Role in the Sangha after years of research.

In addition, lay people across Asia have called attention to the excellent behavior of nuns in comparison with male religious leaders. Scandals, such as fraud at Wat Dhammakaya in Thailand and an uptick in sexual assault charges against Tibetan lamas, have been rocking Buddhist communities around the world.

Thai journalist Sanitsuda Ekachai called attention to this dichotomy in her book “Keeping the Faith: Thai Buddhism at the Crossroads,” encouraging lay people to consider the future of the monastic order and how female monks could improve it.

Even with powerful voices and a clean track record behind the movement, gender equity in the Tibetan monastic order had yet to take off on the large scale that occurred today in Bhutan.

For some Buddhists, the fact that the ordinations began on the summer solstice is an auspicious sign, as are, according to the Facebook announcement, the appearance in Bhutan of “rainbows encircling the sun.”