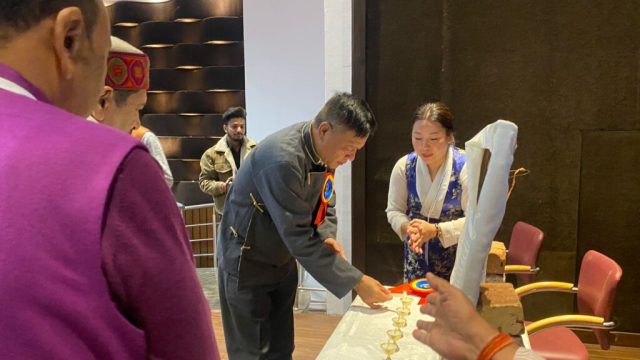 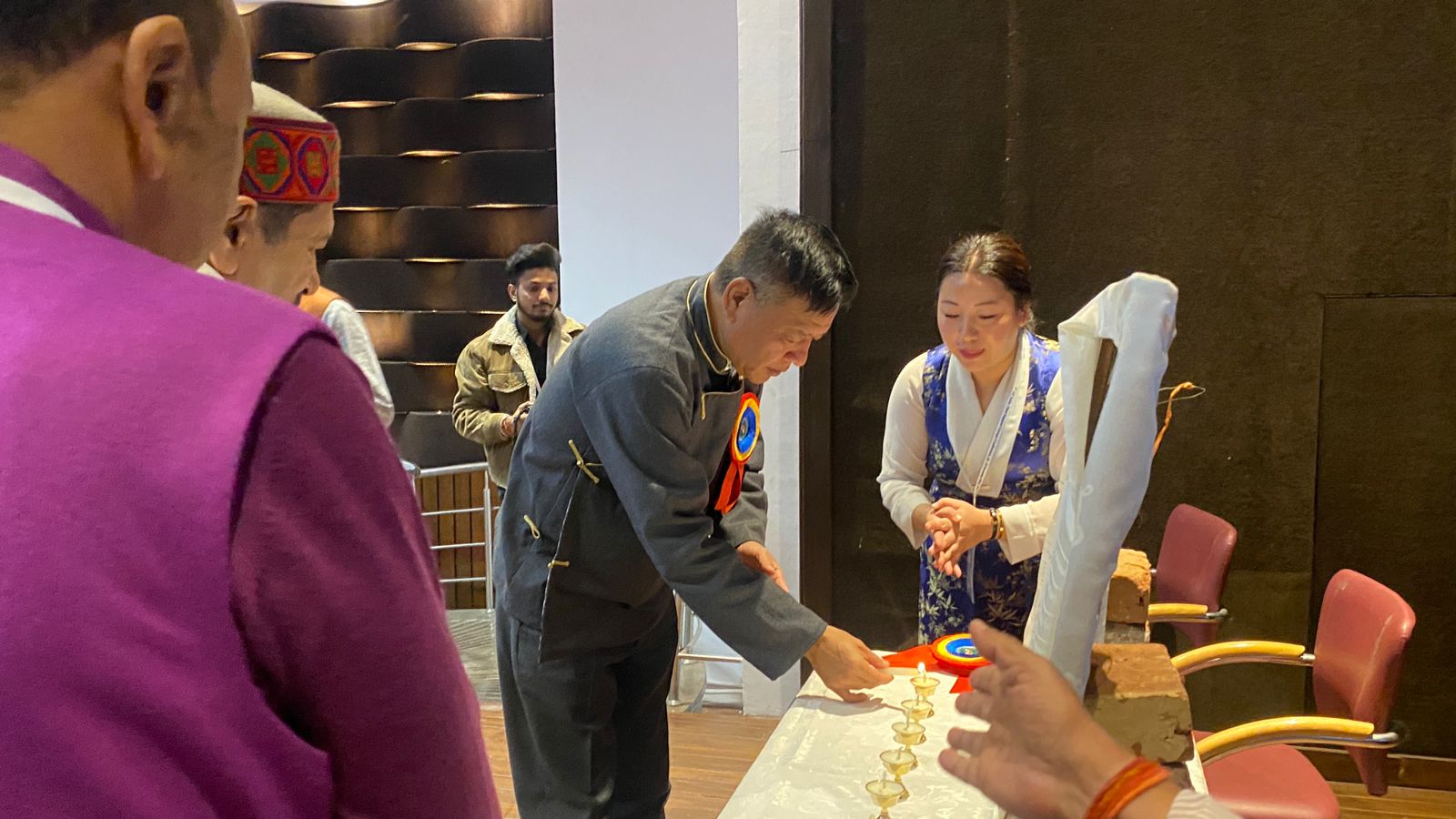 “To proactively support the Tibetan cause, the government’s intervention and intention are crucial,” said Sikyong Penpa Tsering who was invited to address the inaugural of the 7th All India Support Groups Conference held in Delhi this morning, adding, the support of the government of India and the International communities are pertinent to resolving the Sino-Tibet conflict.

Amidst China’s pervasive propaganda to persuade and seek the international community’s adherence to its fabricated self-serving narrative of Tibet, Sikyong said, ‘seeking legitimate recognition for the historical status of Tibet’ has become ever more pertinent to the CTA if the latter was to resolve the long-standing Sino-Tibet conflict. To analytically understand the historical narrative, he suggested reading Tibet Brief 20/20 by Michael Van Walt Van Praag along with the written materials of Professor Hon-Shiang Lao, both of whose decade-long extensive research and knowledge of imperial record present enough ample factual evidence to refute Tibet ever being legally a part of China as consistently propagated by China to rule its legitimacy.

Although India has since 2010, decided not to reiterate Tibet as part of China, its stance on Tibet has shifted over the years to that of a passive supporter in comparison to its partner democratic giant US, which has passed several legislatures on Tibet in the last couple of years, significantly, the Tibet Reciprocal Access bill, Tibet Policy and Support Act, and the latest bill recognising Tibet’s unresolved status etc. to name some. And the likelihood of India having its version of the US Tibet bill is certainly limited, which Sikyong Penpa Tsering affirms the Tibetan administration fully understands, given India’s bilateral sensitivity with China.

“We understand and ensure our expectations align with the reality, and we do not expect the Indian government to jeopardise their national interest in any way to support Tibet’s national interest. Whatever support is rendered to us, we are honoured to welcome that,” added Sikyong Penpa Tsering. Additionally, he made a  significant appeal to recognise Tibet for its internal forces rather than perceiving it only as a victim of China when countering China and bringing about positive changes in Beijing.

Sikyong concluded by thanking India’s central and state governments for their continued support and solidarity. He also lauded initiatives undertaken by the All Party Indian Parliamentary Forum for Tibet led by MP Sujeet Kumar and the Core Group for Tibetan Cause for their voluntary actions in advancing the Tibetan cause.

MP Sujeet Kumar, in his address, reiterated calls for emboldened action by India in countering China and requested fellow MPs’ cooperation in advancing the Tibetan movement. Being a member of parliament and a Convener of the parliamentary group for Tibet, he said his leverage in the house is often challenging whenever he introduces a bill on Tibet. He recounted the times he was urged to withdraw the bill because of the bilateral relations with China and because of national interest.

He condemned recognising Tibet as an internal issue of China. Instead, he urged corroborating the factual evidence detailed by Michael Van Praag in Tibet Brief 20/20 as a legal basis to convince international communities to recognise Tibet as a sovereign state and never a part of China.

Another pursuit declared by the forum is to invite His Holiness to attend a joint session of the Indian parliament if and when His Holiness’s health and travel schedules permit. Among the many ambitious goals of the forum include urging the government of India to recognise CTA as the legitimate representative of Tibet.

Dr Anand Kumar, President of ITFS, called for a synergised effort to strengthen the Tibetan movement. He testified about the challenges encountered during setting up ITFS when no parliamentary members were prepared to join or even support the Tibetan cause. Despite the many difficulties, he added, “ITFS stood with the Tibetan cause and will continue to stand by with a spirit of brotherhood”.

Given any opportunity and platform, he urged every participant to raise the issue of the Tibetan cause and pressure the government into taking tangible action. Whatever limited time was left for the current administration, he encouraged the members of the parliamentary support group to foster more discourse on Tibet in the parliamentary house and possibly launch a white paper supporting the Tibetan movement. While such a strategic move is likely to be condemned by China, Dr Anand said India must proactively stand up for Tibet and its just cause.

In contrast to MP Sujeet Kumar’s call for bold actions by the Indian government in dealing with China, Shri Indresh Kumar suggested a moderated approach to dealing with China considering the mutual sensitivity and vulnerability of the India-China relationship. However, he firmly criticised China for its poor handling of containing covid-virus when it first emerged and held China liable for killing around 80 lakhs people.

Regarding the conferment of Bharat Ratna to His Holiness the Dalai Lama, he said he welcomes varying views and constructive debate. However, while he assured indisputable support of Tibet’s sovereignty and the Middle Way Approach of the CTA, he believed the government should think holistically before drafting any policy on Tibet and not make any impulsive, emotional decision.

More than 200 participants from India are attending the two-day forum organised by Core Group for Tibetan Cause-India and facilitated by Indo-Tibet Coordination Office(ITCO). During this two-day seminar, the participants will deliberate on India’s role in the Sino-Tibet conflict with a focus on the reincarnation of the 14th Dalai Lama, the rights and freedom of Tibetans in Tibet, the significance of Tibet’s ecology for downstream countries, chalk out strategies to strengthen the Tibet Support Groups in India and thereby adopt a declaration and Action Plan. 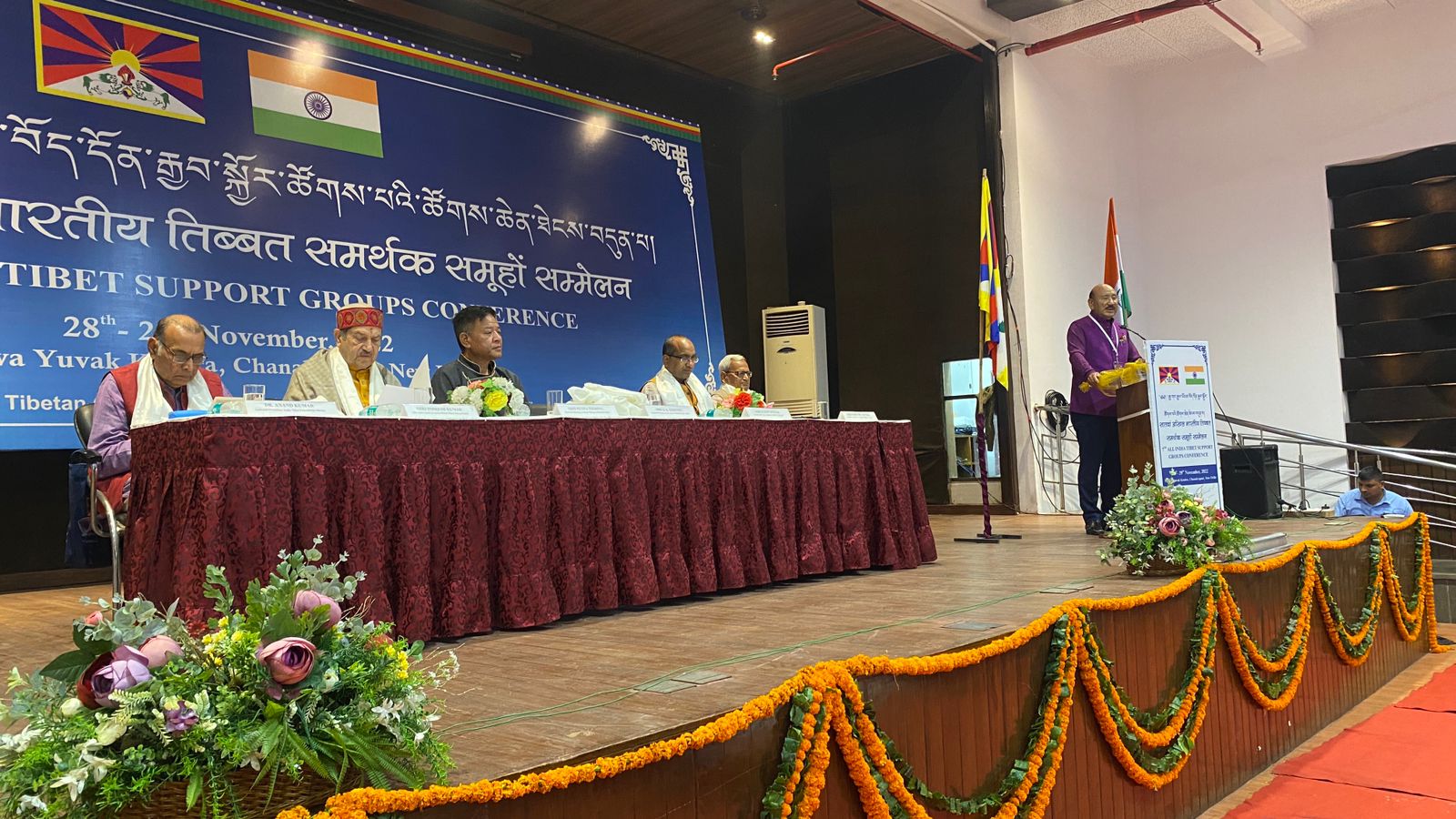 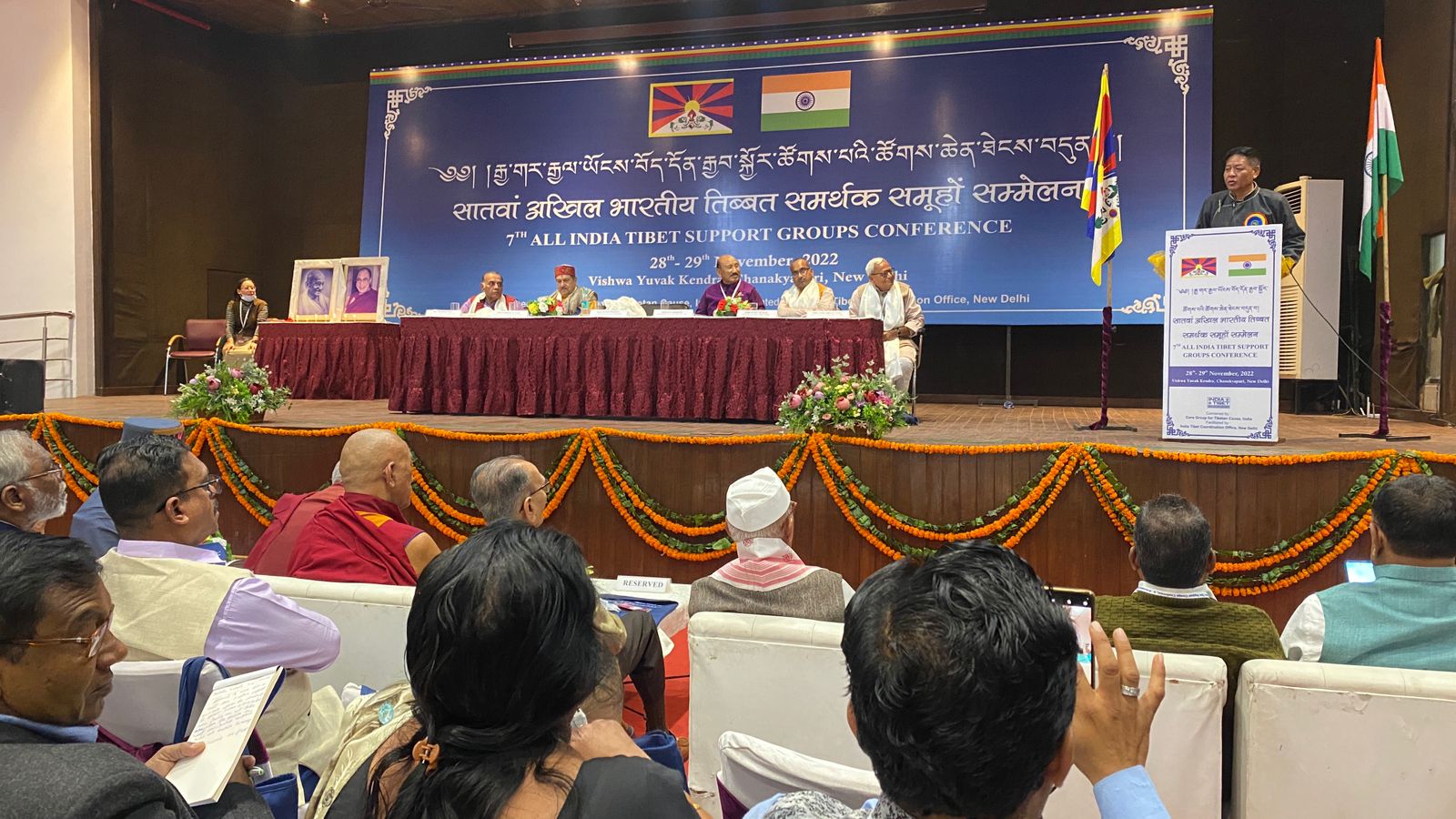 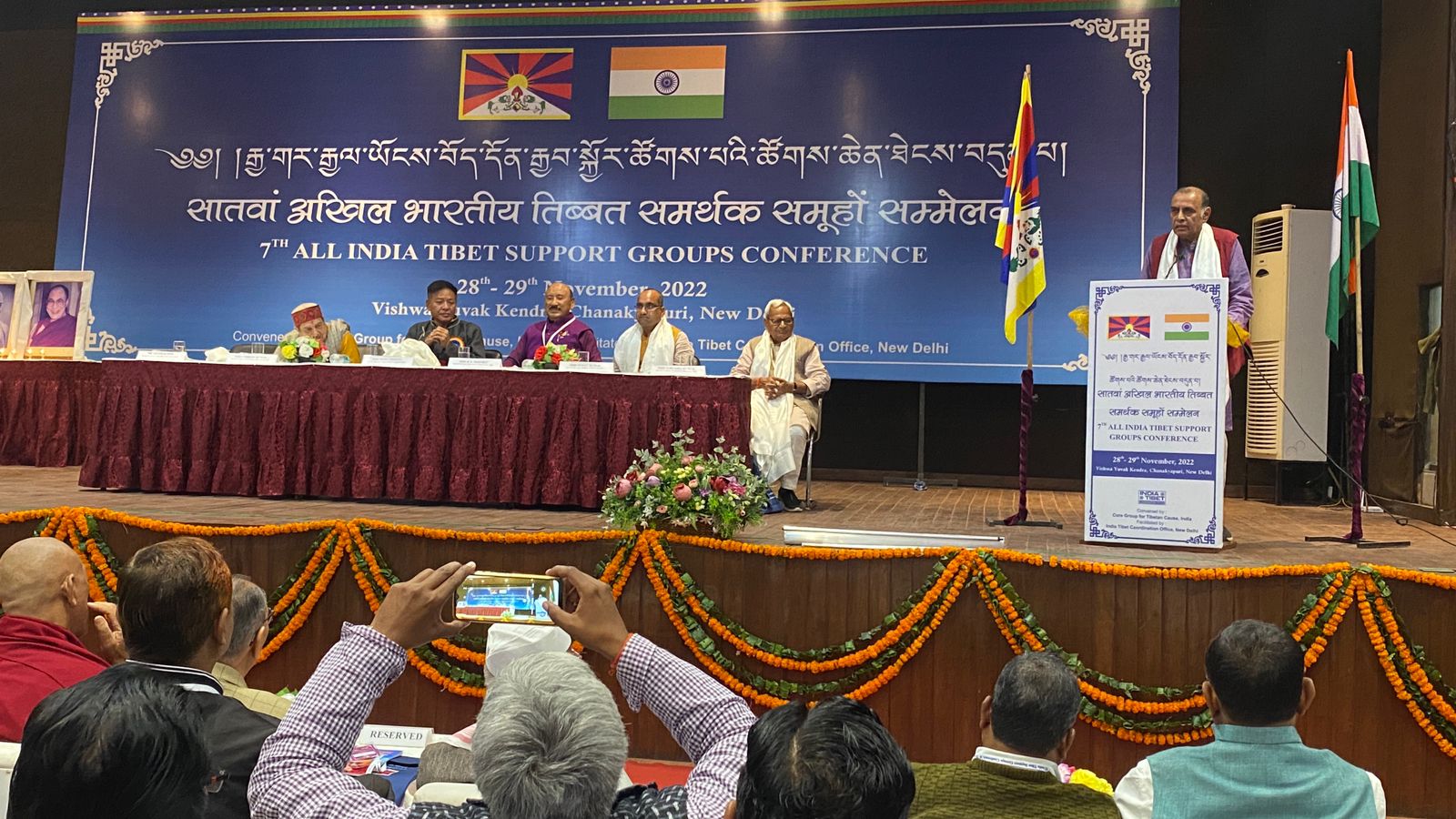 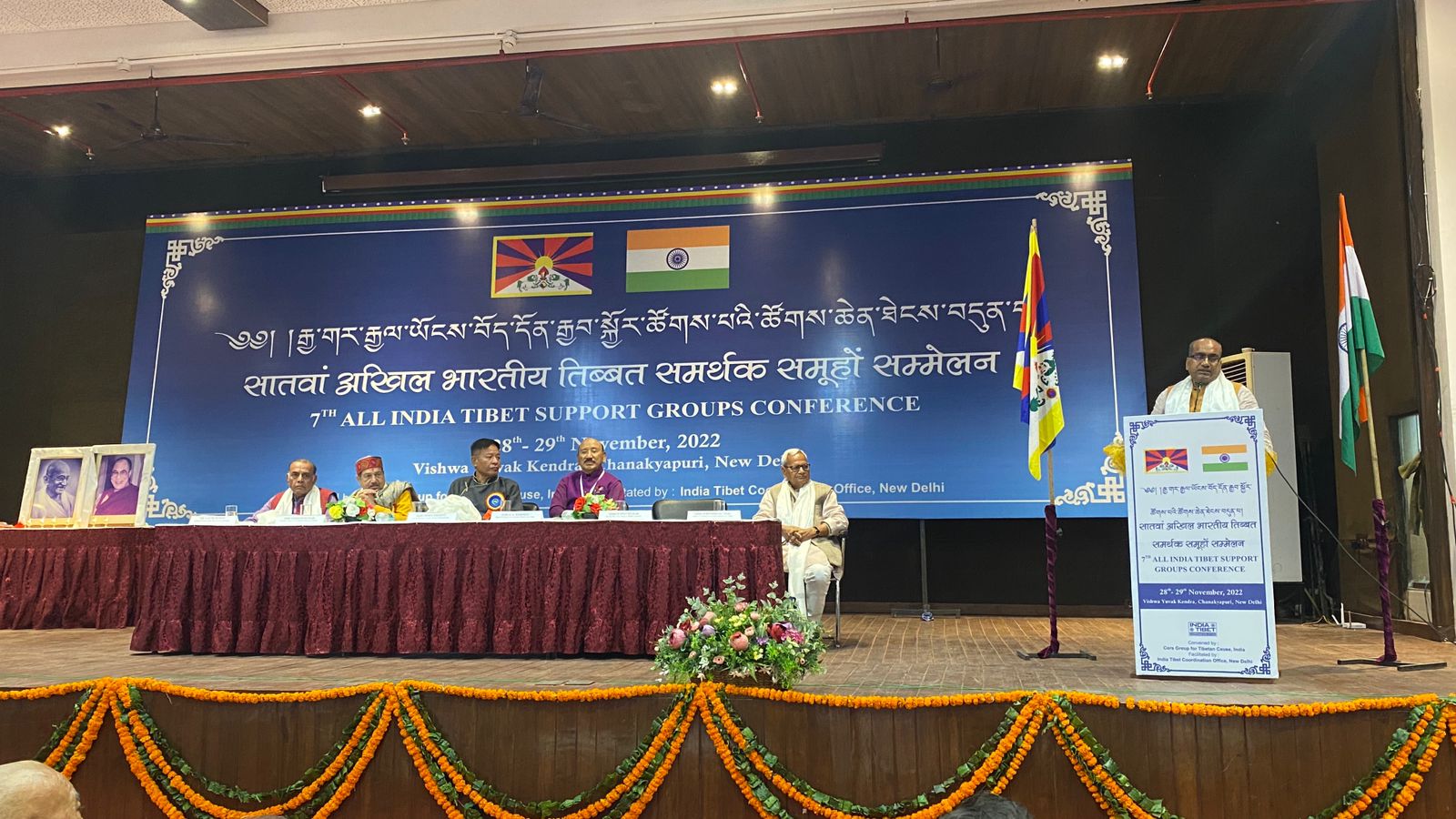 Shri Sujeet Kumar, Member of Parliament and Convener of APIPFT. 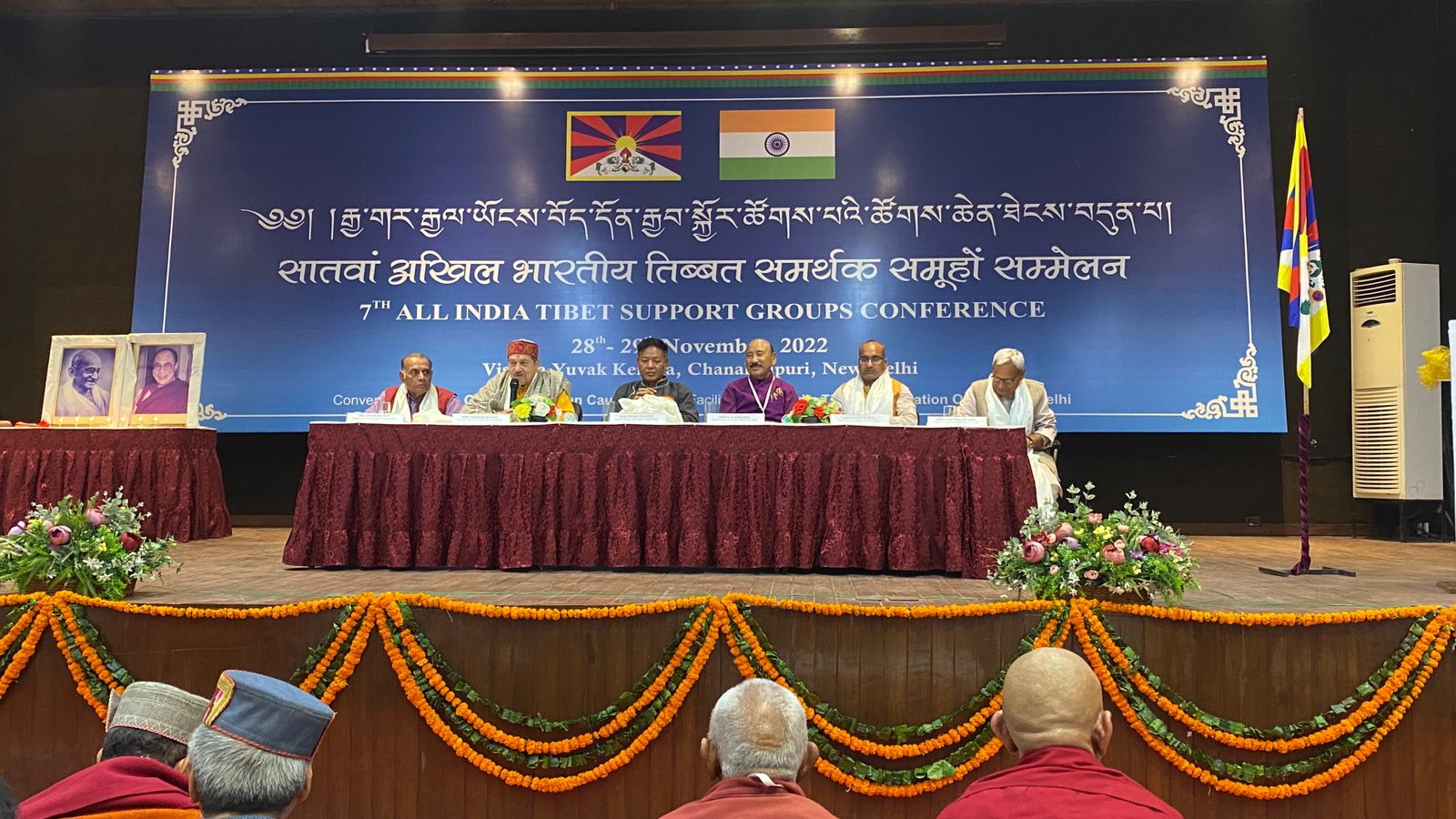 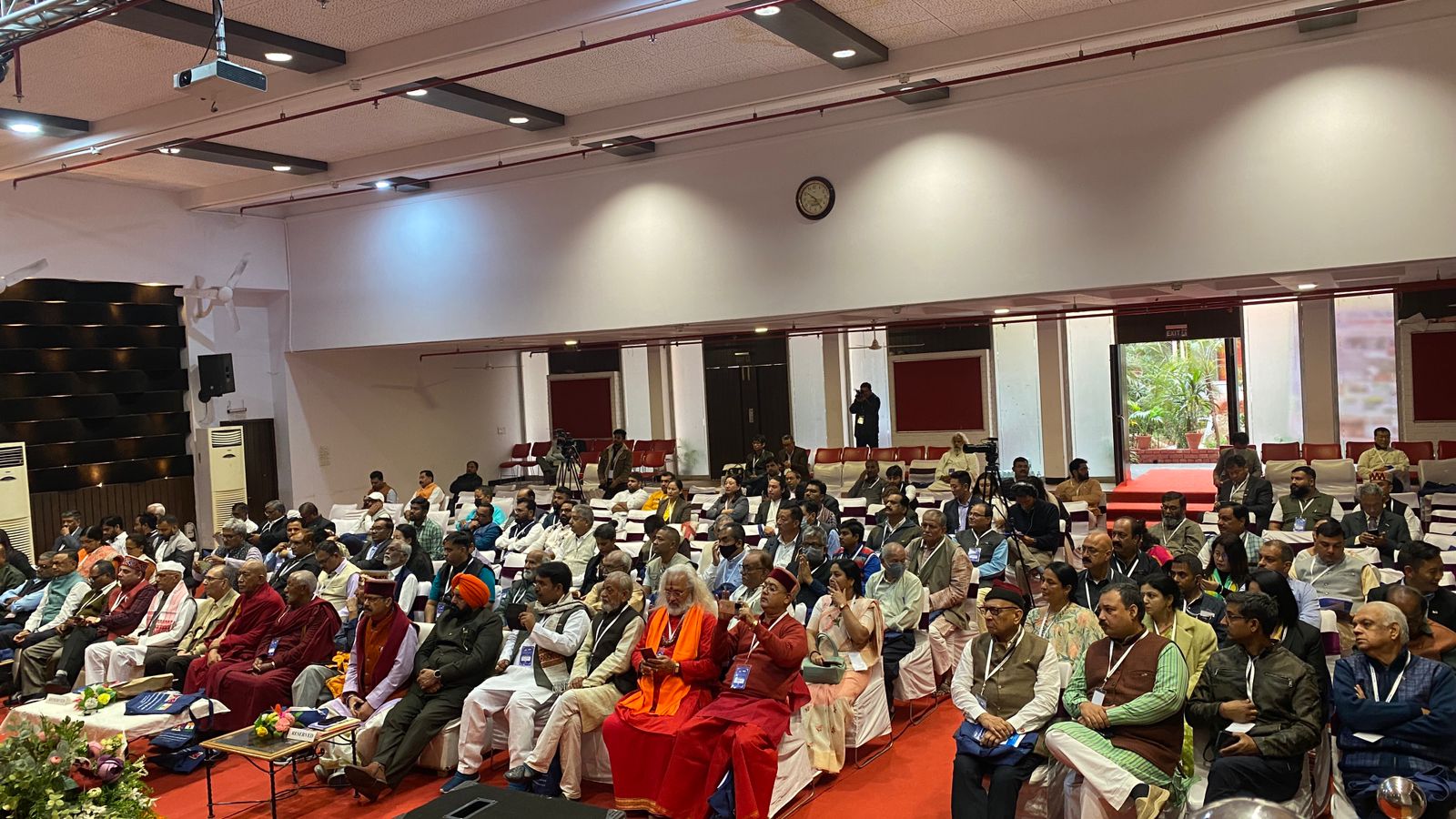