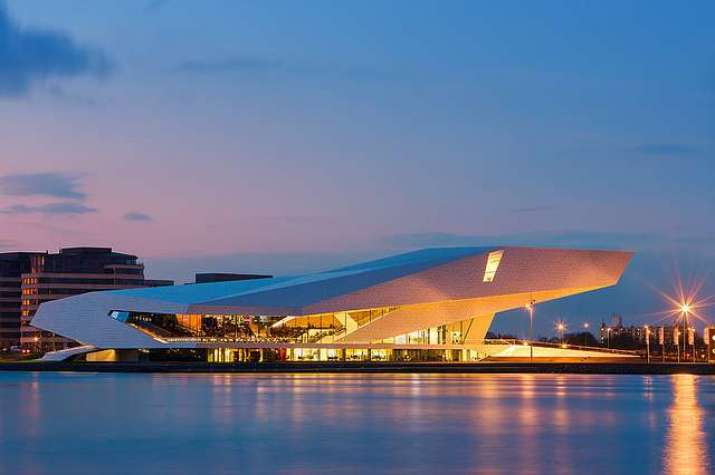 For years BFFE aims to find and show films that relate to Buddhism as a living and vital, cultural presence in modernity. That is the practice of Buddhism engaging in the battle between ignorance and enlightenment.

The 12th edition of the Buddhist Film Festival Europe (BFFE) will take place from 29 September–1 October in Amsterdam, with the theme for this year “Being Human.” During the three-day festival, 16 documentaries and feature films from 10 different countries will be screened at the EYE film museum. BFFE 2017 opens  with the documentary The last Dalai Lama? by Mickey Lemle.

BFFE is an international platform for feature films and documentaries inspired by Buddhism and Buddhist principles, that aims to demonstrate how Buddhism is still very much a relevant, living cultural presence in today’s world. The films shown by BFFE during its yearly events are either chosen by the organizers or submitted by the filmmakers. Most of the featured films have never been shown outside of the countries where they were made, let alone in Europe. The festival provides a platform that allows these films to reach a larger audience, and provides audiences with an opportunity to explore the cultural diversity and richness of the Buddhist world beyond their own community. According to BFFE, they strive to “empower people with films that contain knowledge about the core values in Buddhism, such as non-violence, interdependence, and the practice of mindfulness and compassion.” In addition, the non-profit organization keeps an archive of Buddhist films that may serve “as a resource for educational purposes and research, for Buddhist teachers represented in the BFFE archive.” (BFFE)

The screening of The Last Dalai Lama?, which has been described by BFFE as providing “a very intimate access with a portrait about a fearless and compassionate human being, who has been the most influential in the Buddhadharma encounter with the West,” will be preceded by an official opening ceremony lead by Tibetan monks and accompanied by a musical performance by Tsering Dorjee Bawa.

The Last Dalai Lama is the second film by Micky Lemle to feature HIs Holiness, and draws on some of the earlier footage mixed with new material. It speaks of the concerns and questions the octogenarian Buddhist leader has about his succession, and about human emotions. Most prominently, it features the Dalai Lama’s interest in psychology and neuroscience, personified in the Mind & Life Institute, which he founded in 1987 together with the Chilean biologist Francisco Varela. On Sunday afternoon, Mind & Life Europe will hold a special event in relation to the film.

My son Tenzin, by Tsultrim Dorjee and Tashi Wangchuk
I am a Monk, by Yukinori Makabe

The festival will feature 15 other films and documentaries, all with compelling human stories of their own, including: My Son Tenzin, which shows a Tibetan monk’s search for his long-lost son in the San Francisco Bay area, and I am a Monk, which tells the story of a 24-years-young abbot struggling to live up to the expectations of his community. More often than not, the screenings are followed by a Q&A session with the directors.

As if to ground the festival in its locale, the event also features three other documentaries on Buddhist teachers who have had a profound influence in Europe/the West: Nurturing Compassiondocuments the 17th Karmapa’s tour in Germany in 2014. Akong, a remarkable Life shows the life of the Tibetan teacher Akong Rinpoche, who founded Samye Ling in Scotland, the first Tibetan meditation center in the West, together with Chögyam Trungpa Rinpoche. And the cinematographic journey Walk with Me, which showcases life at Plum Village, the monastic community in Southern France founded by Zen teacher Thich Nhat Hahn.

For the full line up of the festival schedule and all the trailers, please visit the website of the Buddhist Film Festival Europe.

All the screenings, panel discussions, art-in-focus display, and events related to the film festival will take place at the EYE film museum in Amsterdam. Tickets can be purchased online via theEYE website or at the venue.