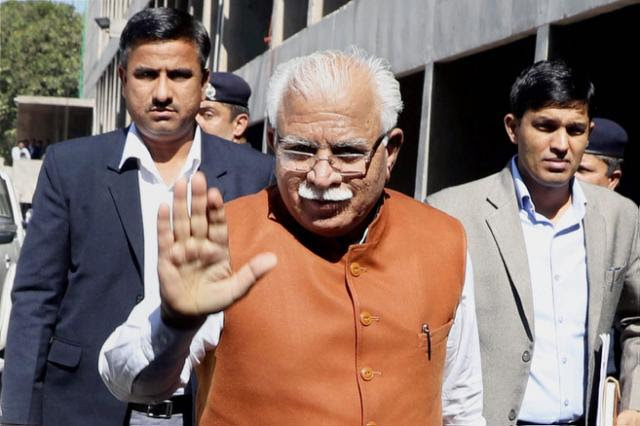 Meanwhile, brushing aside the episode as “usual”, Union minister Chaudhary Birender Singh said, “In a democracy, every individual has the right to choose his religion.”

Upset over the alleged apathy of the cm Haryana, around 120 Dalits from Jind converted to Buddhism on May 31.

The Dalits, who were protesting for the past 115 days in Jind, have been demanding a Central Bureau of Investigation (CBI) inquiry into the Jhansa (Kurukshetra) gang rape, government jobs for the family members of a man murdered in Jind, employment for the kin of martyrs killed in Jammu and an ordinance by the state government related to the SC/ST Act among others.

Dinesh Khapda, who has been spearheading the protest, said the group was forced to take the step as the Haryana government failed to address their concerns. “We have been sitting on a dharna since February 9. Our representatives met the chief minister, who accepted our demands. However, no action has been taken yet. We declared on May 20 that we would change our religion if our demands were not met. We tried meeting Khattar when he was in Jind on May 26 and 27, but he did not spare time for us.

Later, we walked to Delhi and converted to Buddhism on May 31,” said Khapda.

He said, “Haryana is run by a party that claims to be Hindu. We have been failed by our government and our religion. We faced atrocities for too long at the hands of the upper castes and didn’t get justice”.

Khapda added, “Buddhism is a great religion. Here everyone is treated equally. There is no discrimination.”

Meanwhile, brushing aside the episode as “usual”, Union minister Chaudhary Birender Singh said, “In a democracy, every individual has the right to choose his religion.”